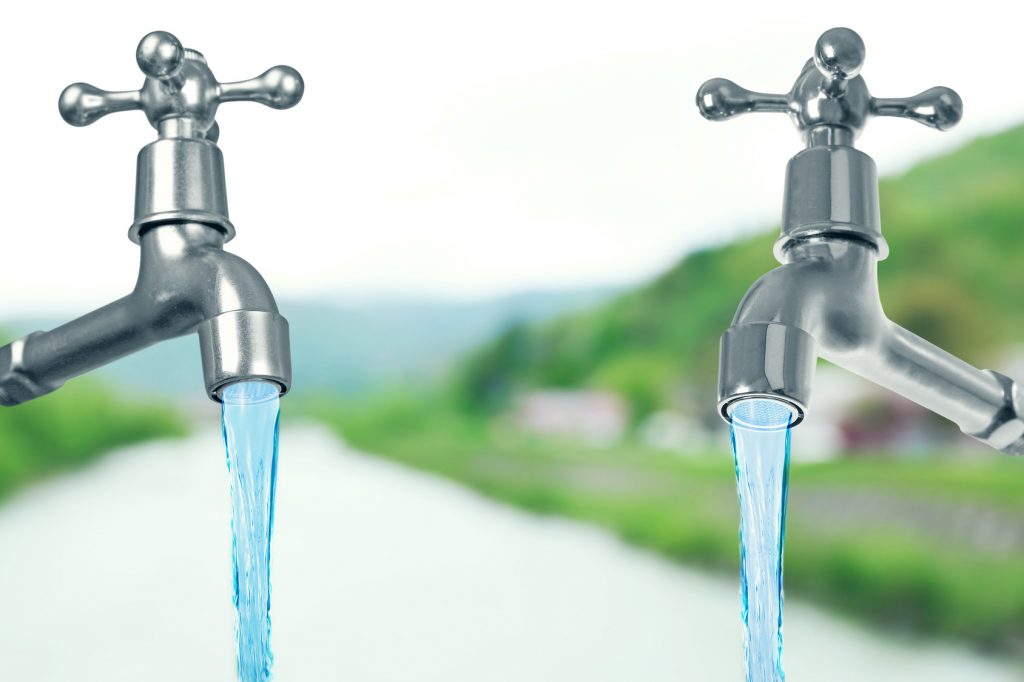 Electronic trading in the US Treasury secondary market is evolving and shifting, as non-bank liquidity providers and dealers participate on venues that offer bilateral streaming on a disclosed basis.

Non-bank liquidity providers and some dealers are actively participating in venues that support bilateral streaming, according to a Greenwich Associates webinar, “U.S. Treasury Trading: Where We Go From Here.”

Aggregated streaming is emerging as a significant protocol in electronic trading of US Treasury bonds, according to webinar speakers, which examined the impact of this trend on market participants.

While close to 70% of the volumes in the US Treasury market are traded electronically on a system, the market is split between two segments: dealer- to -customer trading and dealer- to-dealer trading.

“The interdealer market is considerably more electronic, whereas the dealer-to-customer market is more split,” said Kevin McPartland, head of market structure and technology research at Greenwich.

Some have complained about a bifurcated market structure preventing the buy side from accessing large pools of liquidity in the interdealer platforms. 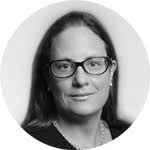 “What we see is the two-tier structure being challenged by the emergence of new trading models,” Nichola Hunter, CEO at LiquidityEdge LLC, speaking on the webinar. LiquidityEdge is a new interdealer trading venue that provides direct streaming to customers on a disclosed or anonymous basis.

“Until very recently, there has been very little change in the market structure. Dealers and customers have been constrained by the bifurcated construct.  That is at least changing. I think technology and the desire to innovate is what is driving that change,” said Hunter.

What’s driving the surge in bilateral streaming? “Banks want to explore new distribution models for their customers,” said Hunter.  “Change is driven by the growth of non-bank liquidity providers as important sources of liquidity,” she said.

There are also a couple of incumbent bank names that grew up in the BrokerTec and Nasdaq fixed Income (formerly eSpeed) world that are looking at alternatives, said Mark Bruce, Head of FICC at Jump Trading, one of the largest US Treasury trading firms providing bilateral streaming on LiquidityEdge.

In a live poll during the webinar, 52% of the audience predicted that aggregated streams would be the most successful protocol over the next three years, while 31% said central limit order books, 11% chose RFQs, 5% picked auctions and 2% said bilateral communications (i.e., phone and instant messages).

McPartland said the traditional dealer-to-dealer and dealer-to-client markets are merging, with other panelists echoing his view.

According to the newsletter Trading Places, bilateral streaming originated in the interdealer market with high-frequency trading firm Getco in 2012 and Virtu Financial exclusively on BrokerTec and eSpeed. Over time, Virtu built its own platform and after acquiring Getco, merged Getco’s code onto Virtu Fixed Income. Brokers also jumped on the trend. Citi invested resources in building CitiVelocity.

Since then, other dealers, including Goldman Sachs and Credit Suisse, have built their own single-dealer streaming platforms, notes the newsletter.  Dealerweb (owned by Tradeweb) has launched a streaming platform.

Overall, today there are a over a dozen different trading venues and bilateral liquidity providers seeking to compete by streaming continuous prices, according to Trading Places, which published its first survey of US Treasury venues in July.

LiquidityEdge went live in 2015 to provide continuous price streams for benchmark on-the-run Treasures from banks and non-bank liquidity providers to clients.  According to Bloomberg, well over 100 institutions are participating in its on-the-run network. It provides bilateral streaming on a fully-disclosed basis from brokers of the customer’s choice or an anonymous trading facilitated by a fully-disclosed trading counterparty. End users on the platform include primary dealers, regional dealers, asset managers, hedge funds and principal trading firms.

But one of the concerns is that these venues do not publish volumes or the number of customers, according to former rates trader, software developer Jim Greco “In the Rise of Bilateral Markets and Trading Places First Survey of U.S. Treasury Venues.”

Greenwich’s webinar also examined other competitive forces in the market, such as access to a central clearing counterparty (CCP) for clearing and settlement.

The lack of a single central clearing counterparty (CCP) has been an impediment for new venues going up against incumbents. “As a new venue, the clearing and settlement path has been inordinately difficult for us to navigate because there isn’t a single central counterparty,” said Hunter, who has navigated the clearing situation by creating a matrix of clearing and settlement options, she added.

“There is a bifurcation of clearing and settlement between bilateral settlements and the FICC CCP clearing route,” said Hunter.

Some contend there is an uneven playing field between venues that are not members of the Fixed Income Clearing Corp. (FICC) and interdealer platforms whose parent companies are members of FICC.

“One new entrant that was trying to build out direct streams, faced all of the clearing challenges which ultimately killed the business,” said Jump’s Bruce during the webinar, referring to Direct Match, an all-to-all trading platform for Treasuries that met resistance from dealers in the clearing world, reported Business Insider. “We should be encouraging new entrants,” he said, and called for a transparent clearing solution,” said Bruce.

Some speculate that broker-dealers do not want the fund managers to clear their Treasury trades through FICC because they don’t want them to have access to trading platforms operated by BrokerTec, Nasdaq or Tradeweb (i.e., Dealerweb), wrote FinOps in Central Clearing for US Treasuries: Pipedream or Reality?

If the buy side were trading in the IDB all-to-all platforms, it could narrow the broker’s profits, the article contends. Instead, fund managers are limited to smaller liquidity pools and venues with fully disclosed request-for-quotes.

A whitepaper by the Treasury Market Practices Working Group (TMPG) published in July examined the risks to Treasury clearing and settlement. The paper will be open for comments and could lead to some change in bilateral clearing such as more open access to FICC.

“In an ideal world, we would have one CCP which was accessible by all -– be it venues, non-bank participants, bank participants — with the economics of such to be economical,” said Hunter. But that is not the case, she said.  “A lot of work needs to be done to narrow the barriers to entry.”

With the rise of aggregated streaming, non-bank liquidity providers see an opportunity to move the market away from RFQs.

“You are going to find a nonbank liquidity provider is not going to be pushing the market to RFQ,” said Jump’s Bruce.  “There’s no reason that anyone should be RFQing anything up to 110,” he said. Bilateral streaming also allows non-traditional liquidity providers –- who don’t have electronic sales desks — to connect with end customers directly.

JP Morgan, one of the largest US Treasury dealers, is investing in infrastructure related to bilateral streaming based on its experience in other asset classes such as FX.

“We are definitely putting a lot into developing our stream capabilities through a number of platforms and channels that support bilateral trading relationships,” said Wen.

“Over the past year, the level of automation behind the price making to clients and a lot of trades are systematized from price creation to distribution to risk management,” he continued. While bilateral streaming used to be a service provision for clients, Wien said it is now part of the bank’s distribution strategy. The amount of volume handled by the bank has doubled over the past year.

Hunter maintains the bifurcated market structure is seeing a shift to new trading models. “I think the new trading model, such as direct streaming/disclosed streaming, enables us to offer all participants a greater degree of choice which has challenged the traditional bifurcation that we see,” said Hunter.

JP Morgan’s Wen agreed that “one size fits all” is not the solution, preferring to give clients choices. “Some clients might prefer an RFQ model to be able to display multiple providers and have the audit trail. Others prefer the anonymity of the central limit order books, and others want streaming markets who want to trade bilaterally with a bank or other LPs,” he said.

One of the benefits of bilateral streaming is that liquidity providers offer firm or executable prices, whereas RFQs are indicative prices.

“In contrast to traditional RFQ, one thing that is unique about streaming technology, is that it doesn’t require somebody to actually ask for a price, so therefore you never disclose your interest,” said JP Morgan’s Wen.  It also supports the advent and creation of much more of an order-driven market where people can leave orders and streaming prices and hit upon the orders and fill them incrementally or as a whole,” said Wen.

However, one of the unintended consequences is that as bilateral streaming picks up, it will cut into the volume of Central Limit Order Books (CLOB).

“If non-banks look at providing disclosed streams, there could be an impact. The unfortunate outcome of that is the erosion of primary venue liquidity,” said Jump’s Bruce. “This has happened in the FX markets, this continued bifurcation, and a very slow but general erosion of central order book or primary venue activity, “he said. We have to be conscious of it. But equally we want to partake in a growing business,” said Bruce.

In response to concerns about the erosion of CLOB volumes, Hunter said the CLOB is not for everyone. “A regional dealer trading up against a high-frequency trading firm, is not a level playing field,” said Hunter, who argues there is room in the market for a multitude of models.

While aggregators of bilateral streams have focused on on-the-run Treasury securities, venues are off-the-runs, which are the older bonds that are less frequently traded but account for 95% of the market.   Liquidity Edge already has a number of banks streaming for off-the-runs, said Hunter.

“I don’t see any reason why off-the-runs cannot be streamed just as on-the- runs, at least in the most liquid of issues,” said Hunter on the webinar.

JP Morgan has seen off-the-runs increasingly move toward streaming. “For the old bonds, we stream them just as we do the on-the-runs,” said Wen. “That’s definitely heading into the same direction.”