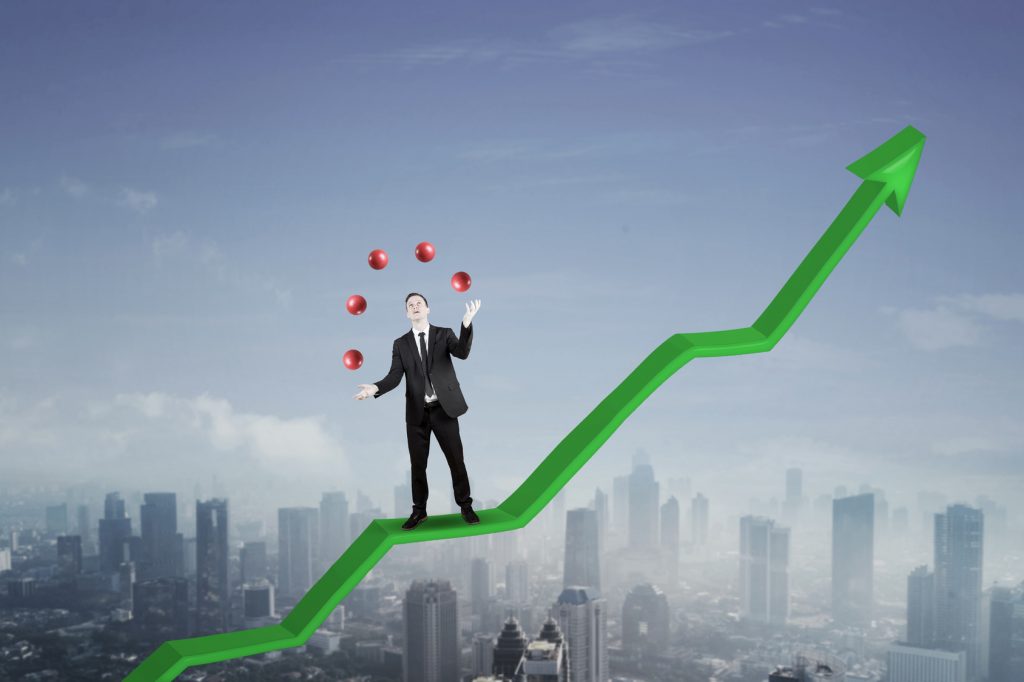 Corporate bond investors are seeking operational efficiencies on their fixed income trading desks to lower costs.  As the search for bond liquidity across a fragmented credit trading marketplace remains a priority,-side firms are grappling with two distinct workflows – voice-based and electronic – in the $8 trillion corporate bond market.

A new report by Tabb Group finds that electronic trading venues have developed tools targeting the voice-based segment of credit trading by layering on efficiency mechanisms and data-driven tools. Some of the trades executed via voice brokers are being processed electronically through electronic tools.

A shift toward automated trading of corporate bonds has been unfolding over the past several years and is firmly embedded in the daily workflow of asset managers. 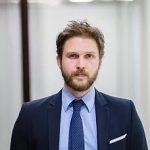 In “Making the Connection: The Electronic Shift in Legacy Bond Market Workflow,” Tabb Analyst Colby Jenkins maintains that because of the growth of electronic trading in US corporates, “liquidity is no longer the elusive target that it was three years ago.”

Since the financial crisis in 2008 ended, the average daily notional volume traded in corporate debt has increased from under $20 billion in 2009 to roughly $30 billion in 2018. Corporations issuing debt have been taking advantage of low interest rates to borrow heavily. In 2017, $1.6 trillion in new issuance entered the market compared to $1.05 trillion in 2010.

With this increase in liquidity, trades that are smaller than $1 million – just under the threshold for round lots – have become easier to execute. At the same time, asset managers are growing more comfortable executing larger trades electronically on venues such as MarketAxess.

While significant uptake has occurred in the electronic evolution of corporate bond trading, the vast majority of buy- side traders still prefer voice trades for the larger, most difficult trades.  “For the largest size trades, liquidity still comes at a premium and relationship-based, voice trading is still far and away the preferred mechanism for getting size done,” states the report.

About 75-80% of notional volume in corporate bonds is still conducted as voice trades, even if they are eventually processed electronically, states the report. Tabb estimates that over the next decade, that percentage might drop by another 5 or 10%. But firms are facing the challenge of managing electronic and voice- based workflows.

“A lot of the electronic adoption we’re seeing is simply making things more efficient. Liquidity is not the issue it was before,” said Jenkins, in a follow-up interview.

“It’s just the allocation and confirmation of how people go about submitting to these electronic systems and it makes for a more streamlined approach,” said Jenkins. “Electronic processing of trades, whether traditional voice or executed electronically, is what people want,” he said.

With the growth of fixed income ownership, institutions are seeking ways to scale their desks without increasing costs. 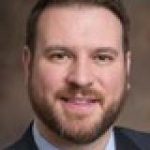 “Ownership of fixed income products in open ended mutual funds and ETFs has gone from almost $2 trillion in 2005 to well over $4 trillion in 2015,” said Alex Sedgwick, head of fixed-income market structure and electronic trading at T. Rowe Price, who spoke on a WBR fixed-income 2018 webinar about the goals and challenges for the front office. On the operational side, there is a question of how to handle more trades and get more throughput through the desk in a more efficient basis, he said. “Ultimately you don’t want your cost basis to be rising in a linear manner with the increase in assets,” said Sedgwick.

One metric associated with efficiency is the number of clicks it takes to execute a corporate bond trade. Citing the “80/20 rule,” Sedgwick said there’s a large percentage of trades that constitute a small principal amount traded, that require the same amount of time and number of clicks as some of the larger trades. Adopting electronic trading helps “create more time for the deeper work,” said Sedgwick.

Meanwhile, electronic trading venues are focusing on transforming the big volumes executed by voice and by chat that still dominates trading of corporate investment grade and high yield bonds.

Voice RFQ [request for quote] is still the most prevalent method of corporate bond trading for it allows the buy side to query multiple dealers for bids and offers, while preserving their personal relationships.

Without replacing the traditional dealer voice business, electronic trading venues “have saved institutions time and cash,” notes the report.  For example, Tradeweb has gained traction with its “auto spotting processing for investment grade credit spread trades.” Previously, this was a manual and tedious process which entails having a credit sales person get a spot rate from the treasury desk at a dealer, then relay the information usually by phone back to the client. To reduce risk and cost, Tradeweb has integrated all of these steps into an automated workflow between the US credit and US treasury desks, removing layers of negotiations. Institutions processing large batches of corporate bonds on a daily basis, or even entire portfolios, can net the aggregate risk across dealers and hedge the aggregate net risk with a single Treasury trade through Tradeweb’s linked treasury platform.

As a result of workflow automation, Tradeweb’s US credit platform experienced dramatic growth in this year’s first quarter.  Notional volume in investment grade and high yield US corporate bonds exceeded $102 billion in the first quarter of 2018, more than double that of Q1 2017, according to Tabb’s report. Roughly 75-80% of that volume was comprised of electronically processed voice trades, while the rest was fully electronic, notes the report.

The last few years have seen a proliferation of electronic trading venues, giving the buyside innovative functionality, flexible tools and a variety of protocols. While the platforms are not supplanting dealers, they’re probably adding to overall liquidity, said Jenkins.

In contrast to six years ago when RFQ was the only available protocol, asset managers can interact with dealers or buy-side counterparties through a variety of protocols, depending on trade size, type of issuer, liquidity characteristics, and order type being worked.

Electronic trading platforms such as Tradeweb, MarketAxess, Liquidnet and Trumid have introduced innovative tools that seek to capture a portion of the voice trades.

All-to-all trading protocols, which allow the buy side to interact with buy-side and sell-side counterparties across a network, have gained traction. The MarketAxess all-to-all Open Trading volume accounts for about 17% of investment grade volume on the platform, 38% of high yield, 13% of Eurobonds and 11 % of emerging market volumes as of Q1, according to Tabb’s report. For the second quarter ending June 30, 2018, MarketAxess announced record Open Trading volume  of $89.5 billion, up 56.7% vs. the second quarter of 2017.

In January, Trumid, a startup which acquired Electronifie in 2017, said it recorded its best month ever with $2 billion in volume, more than double the same period in 2017, reported Bloomberg in “Electronic Bond Trading Gains Ground.”  In the second quarter of 2018, Trumid said that average-daily volumes grew 25% in February, while daily order flow on the platform grew by 50% in March, reaching approximately $2 billion per day of executable, click-to-trade liquidity. Trade size averaged above $3 million in March. It’s also a sign that the buy side is adopting new technology. Trumid uses watch lists and indications-of-interest protocols to match buyers and sellers with session-based trading across 22,000 bonds.

“Buy-side firms have gained a comfort level with trading larger sizes electronically,” said Jenkins. “You’re able to trade in larger sizes if you want to. It’s not taking business away from the dealer-oriented trades. It’s just adding to it,” said the analyst.

Despite these innovative advancements in technology there is a perception that liquidity outside of the most recent corporate bond issues is lacking. In a recent Tabb survey of US credit participants, “the overall market sentiment was that liquidity is not what it used to be,” said Jenkins.

Conversely, there’s a lot of economic trade data to suggest that’s not exactly the case, such as growth of notional volume, corporate issuance and steady or increasing turnover, he said.

“Something as nebulous as liquidity is pretty difficult to gauge,” said Jenkins. “While people will say there’s a liquidity issue with the market, you need to compartmentalize the market in terms of trade size and size,” he said. “With smaller size you do have this proliferation of venues with novel mechanisms for trading.”

Yet, the liquidity debate is still ongoing. 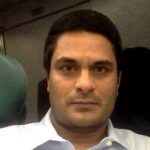 “The secular trend of electronic trading is intact. Efficiency improvements like netting and auto-spotting of treasuries are removing some of the pain points,” said Venky Vemparala, Vice President, Fixed Income Execution Management at FlexTrade.

“But, if you talk to an average market participant, the perception is that liquidity is still sub-optimal for larger trades,’ he said.

At May’s SIFMA Fixed-Income Market Structure Conference, Mihir Worah, Chief Investment Officer Asset Allocation and Real Return at Pimco, said: “Liquidity is good as it’s been. Once you get away from the on-the-run, sector liquidity is not terrible but a little challenged,” he said, adding that PIMCO is accessing these new all-to-all venues.

However, most large asset managers like Pimco still have trouble trading large blocks.  When they hold $200 million in an issue across funds, they need to be patient. “You have to dribble it out — $10 million a day over 10 days,” said Worah at the Sifma conference. “Everyone has adapted to this, but this is not what a well-functioning market looks like where you can only trade $10-15 million in corporate bonds per day,” said Worah, who chairs the SEC’s Fixed Income Market Structure Advisory Committee (FIMSAC) subcommittee on transparency.  The subcommittee proposed a one-year pilot study to test changes to corporate bond block reporting requirements for TRACE-eligible securities. The proposal will study delaying public dissemination of large block trades to 48 hours, while requiring reporting trade data to regulators within 15 minutes.

It also proposed changing the dissemination block caps from $5 million to $10 million on investment-grade corporate bonds, and from $1 million to $5 million for high-yield bonds.  The proposal is pending before the SEC.

While noting that “transparency is good for retail investors,” Worah said the bond market is not one size fits all.

In the meantime, institutional bond traders have an opportunity to utilize a wide array of workflow tools and data analytics as they trade electronically or execute through voice counterparties.