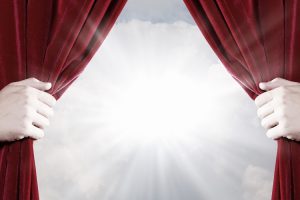 U.S. regulators are pushing for more transparency into the $13 trillion US Treasury market after several regulatory agencies found that the government securities market is more opaque than they realized.

On May 16, the Treasury Department and the Securities Exchange Commission said they are working to explore collecting U.S. cash market transaction information. The two agencies have requested that the Financial Industry Regulatory Authority (FINRA) consider a proposal that would require member brokers and dealers to report Treasury cash market transactions to a centralized repository, according to the statement.

FINRA already aggregates and shares all of the corporate bond trades through its TRACE system, but the Treasury doesn’t have a trade-reporting requirement, wrote the Financial Times.

The decision to create a tracking system for Treasuries comes on the heels of the Treasury Department’s holistic review (Request for Information or RFI), on the Evolution of the Treasury Market Structure, published on January 22.

The RFI garnered 52 comment letters from a diverse set of respondents including banks, non-banks, academics, asset managers, associations and the general public.

Concerns were raised after officials from five regulatory bodies had a hard time with finding the data needed to investigate the Flash Rally of Oct. 14 2015. On that day, the yield on the 10-year Treasury notes endured a 37-basis point move in 12 minutes.

Treasury yields fell by seven-to-eight standard deviations during that day, noted Micah Green, partner of Steptoe & Johnson  and co-chair Steptoe’s Government Affairs & Public Policy Group, which conducted a webinar on the Treasury RFI in March. The single-day trading range was the fourth largest on record, according to Steptoe’s presentation.

A joint report authored by five agencies, including The Board of Governors of the Federal Reserve System, The Federal Reserve Bank of New York, the Treasury Department, the SEC and the U.S. Commodity Futures Trading Commission, that examined the volatile swings on Oct. 14, 2015, had to rely on data from the interdealer broker sector and the CME for Treasury futures data.

The Treasury Department has an indirect view of the cash market transaction, according to Matthew Kulkin, partner at Steptoe Johnson, during the law firm’s webinar.

“The Treasury says most of what it sees comes either from the cash market in the interdealer space, or from the futures market, but that information goes directly to the CME,” said Kulkin. Hence, the agencies are relying on information sharing agreements with the exchange to obtain that data.

At a Senate banking committee hearing in April, Weiss of Treasury testified that more data was needed to diagnose what happened on days like Oct. 14, according to a MarketWatch story. During the hearing, Federal Reserve Governor Jerome Powell reportedly remarked that it took the five agencies nine months to product a report and that was based on partial data.

“One potential reason the volatility of October 14 remains unexplained is that the U.S. Treasury market lacks transparency ­— both pre-trade and post-trade,” wrote electronic market maker KCG in a comment letter submitted on April 28. “In large measure the Treasury market is opaque to regulators and many market participants, thereby making the reconstruction of the events surrounding the October 14 dislocation nearly impossible,” asserted KCG’s David Pearl of KCG in the comment letter.

In the RFI, Treasury asked the public, academics, investors, banks and non-bank dealers to comment on whether data should be made available to the official sector and whether additional reporting of Treasury market transaction data would be beneficial to the public.

Treasury explains it receives data from the largest interdealer venues, such as eSpeed, operated by Nasdaq OMX, Brokertec, run by ICAP plc, and from primary dealers.  However, there is very little data available to officials and regulators from the customer-to-dealer segment, according to the RFI.

Beyond needing to reconstruct market events, one big electronic market maker in Treasuries said the problem lies with the opaque market structure.

Citing a bifurcated market structure for Treasury market trading between inter-dealer and dealer-to-customer platforms, KCG wrote that bank dealers have a competitive advantage on the bilateral dealer-to-client platforms.

“The lack of transparency in the US Treasury market provides a handful of incumbent participants with a tremendous informational advantage by creating a significant barrier for new entrants and stifling competition,” wrote KCG.

KCG insists that the outdated two-tiered market structure needs to evolve toward an all-to-all market ecosystem where buy-side and sell-side participants interact with one another, which will attract new sources of capital from smaller liquidity providers.

“The key to making meaningful improvements to the U.S. Treasury market is providing regulators and market participants with greater pre-trade and post-trade transparency,” wrote KCG.

While Treasury’s Weiss stated that responses to the RFI expressed broad support for more comprehensive reporting to regulators, not everyone wants to see more data reported to the public.   Several banks expressed concern that a real-time public feed like TRACE could impact their ability to hedge and facilitate trades.

The Asset Management Group of SIFMA (AMG), responsible for over $34 trillion in global assets under management, urged regulators to prioritize the official sector reporting, but to hold off on public -reporting until after careful study and articulation of public policy goals.  This is to avoid any “unintended consequences for asset managers that rely on the Treasury cash instruments, wrote AMG.  If the Treasury decides to proceed with public reporting, AMG raised concerns about dissemination of block trade information, noting that it should be done on a delayed or masked basis similar to the way other reporting regimes handle block data. The buy-side organization also warned policymakers about disseminating data on block trades in less liquid, off-the run securities, or anything that could cause a reduction in liquidity from banks.  Publishing real-time data could benefit investors in terms of negotiating better prices from brokers.

“We need to leverage technology to bring pre-trade transparency to the decision making process,” wrote Eric Noll, President and CEO of Convergex, an institutional broker-dealer.  “While price and trade data exists for the electronic trading of U.S. Treasuries in the secondary IDB market, dealer trades with investors do not have the same level of transparency,” wrote Noll. “Price and trade data are available from IDBs for a fee, but no such data is provided by the dealers, thus leaving a void in overall information,” wrote Noll.  The solution, he suggested, is to require all systemically important market makers and IDBs contributing to a consolidated pricing mechanism for all participants to see. This should have the effect of facilitating competition and narrowing spreads,” urged Noll.

However, some have argued that retail investors can go to free sites like Yahoo! Bloomberg and CNBC to obtain Treasury trade data.

Since principal trading by banks is important to the Treasury market for risk transfer, Noll agreed it makes sense to delay the reporting of large trades rather than report them in real time. This would avoid the “unintended consequence” of causing banks to curtail their ability to warehouse risk, wrote Convergex’s CEO.

Another complication in terms of trade reporting is that certain institutions who actively trade U.S. Treasury securities, such as high frequency trading firms, are not members of FINRA.  But the agencies will develop a plan to collect data from these firms, and are discussing the idea of registering principal traders.

Events
Comments are off for this post.
FlexTrade to exhibit and participate in roundtable sessions at Fixed Income Leaders Summit in Barcelona, visit us & learn...

FlexAdvantage Blog
Comments are off for this post.
Algorithmic trading has picked up steam in the corporate bond market as fixed income trading desks appear to follow...