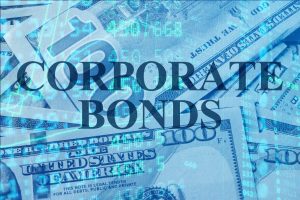 Electronic bond trading is in the spotlight as traders and investors focus on a potential liquidity crunch in the U.S. corporate bond market, setting the stage for an influx of fixed income trading platforms to match buyers and sellers.

As dealers have pulled back from risk-taking, market participants are looking to electronic platforms for alternative sources of liquidity.

But why is this trend grabbing so much attention and headlines?   The reason is quite simple – uncertainty.

While dealer liquidity in the corporate bond market has decreased in response to regulations, 76 percent from the peak of 2007 through March of 2014 (reported Bloomberg News), corporations have taken advantage of low rates to issue more bonds. Due to this boom in corporate bond issuance, institutions are now holding 90 percent of this investment grade and high-yield paper. If the Federal Reserve were to raise rates, asset managers could move in the same direction, triggering a massive sell-off.

Yet, none of this may happen since the bond market is sending mixed signals about liquidity. Corporate bond trading activity surged in the first quarter of 2015, according to the Securities Industry Financial Markets Association.  Investment Grade average daily trading volume increased 22.3 percent from 4Q’14, and was up 9.6 percent from the first quarter of ’14. High Yield average daily trading jumped 18.2 percent from the fourth quarter and showed a 25.4 percent increase from the same year-earlier period.

“This continued into April when average daily trading volume in the U.S. corporate bond market declined almost 13 percent compared with the previous month,” reported The Wall Street Journal, which also contributed to a decline in the trading of Treasuries.

All of these seemingly contradictory issues are creating some anxiety in the bond market, which is why the industry is backing many competing initiatives to boost electronic trading.

So far, electronic trading has not captured as much volume in fixed income as it has in more homogenous and liquid asset classes like equities and foreign exchange. Though pundits expect the migration to continue gradually,  corporate bond trading – which is mainly occurring over phone and email messages today­– is playing catch-up by comparison to other fixed income and currency-related asset classes. A  November 2013 U.S. Treasury Department report on secondary market trading estimated that 50 percent of the US Treasuries’ average daily volume  would be electronic in the dealer-to-client (D2C) market by 2015, versus estimates of 80 percent in FX, 90 percent in credit default indexes (CDX) and 15 percent in corporate bonds. Other sources estimate that 15-20 percent of IG and HY bonds are currently traded electronically. By and large the majority of D2C volume executed electronically is occurring on MarketAxess, which accounted for 15.6 percent of the volume in high grade and 5 percent of high yield in TRACE-eligible securities, according to information on the firm’s web site.

But the tide could be turning.

At present, there are as many as 30 systems offering different trading protocols to address this issue.  However, the question is: will the electronic-model gain enough traction to fill the liquidity gap? And will it increase fast enough to avert a crisis?

Here are six factors impacting liquidity in the bond market that could have implications for the future of e-bond trading.

Some of the hurdles have been the lack of transparency – unlike equities or bond futures listed on exchanges, there is no bond ticker. Investors need to find the price of where a bond last traded.  “The problem is where is the bid, and where is the asked? We don’t know,” says an industry source.

While FINRA launched TRACE in July of 2002 to disseminate consolidated information on secondary trading in the corporate bond market, bonds have primarily been a quote-driven dealer market in which brokers provide bids and offers to customers on a disclosed basis.

The bond market is a heterogeneous asset class, with tens of thousands of issues and different coupon rates. At its peak in 1977, the U.S. stock market had 8,800 companies – today it has 5,008. This is far less than the U.S. corporate bond market, which in 2013 had 37,000 publically traded, TRACE-eligible issues.  “The sheer number of issues greatly reduces the probability of multilateral trade matching,” according to McKinsey & Co. in a whitepaper entitled, “Can e-Trading Revitalize Corporate Bonds.”

Electronic trading has gained traction for the smaller deals ($1 million and under), but the prevailing method relies on dealer balance sheets. The dominant form of e-trading allows the buy-side to submit requests for quote (RFQs) to multiple dealers and to automate workflows of smaller trades. Critics say the RFQ method works for liquid bonds but can leak information and lead to high costs for larger trades or illiquid bonds. According to Howard Pein, CEO of Codestreet LLC, this “won’t move the needle” for their larger trades.

Technology has the power to shake up the status quo.  The first generation of trading platforms came out to improve efficiency and workflows for the buy side. For instance, FlexTrade’s FlexTRADER EMS provides the buy-side with fixed income functionality that handles dealer price feed integration for all bond types.  There is also a new wave of startups looking at solving liquidity problems. New entrants such as Bondcube, Electronifie, TruMid, see an opportunity to address the liquidity gap by using different trading methods, such as anonymous matching, central limit order books (CLOBs), block negotiation, and auctions. Firms such as Liquidnet brings experiences from equities block-trading in dark pools, while  Market Axess is expanding its toolkit with OpenTrading, a new protocol allowing the buy side to trade with each other.

Others contend that electronic trading in itself is not a panacea to the liquidity problem. “Electronification by itself doesn’t imply more liquidity,” said CodeStreet’s Pein. “It’s unlikely that all these new systems are going to gain traction on the basis of solving the liquidity issue.” Pein sees potential in using algorithms to find the other side of a trade by searching dealer inventories for undiscovered liquidity and connecting clients through a dark pool. Rather than change the market structure, Pein maintains that dealers should remain central to the liquidity discovery process.

Many traders are comfortable with the status quo. Buy side traders may have no incentive to change the way they trade if they are currently getting liquidity from their trusted dealers. Traders prefer to pick up the phone to negotiate the more complex block trades with trusted dealers who provide them with market color and prices.

But if the market should turn, they may have no choice but to explore alternatives. As dealers pull away from risking their capital to warehouse inventory, firms need to unlock the liquidity from across the market.

To boost corporate bond trading in the U.S. and Europe, banks and investment managers are collaborating on Project Neptune, a technology effort using the FIX protocol to develop a standardized messaging system. According to Bloomberg News, the plan is to allow traders to advertise bonds without revealing buyers and sellers.

Despite all the media hype surrounding liquidity and all the new platforms offering solutions, e-trading in the bond market is still in its infancy. It will take time for asset managers and hedge funds to test drive the new systems.  While the industry can expect some growing pains, it remains to be seen how much volume shifts to e-bond trading.

For a complete review of your firm’s Fixed Income trading requirements and how FlexTrade can help, please contact us at sales@flextrade.com.[/vc_column_text][/vc_column][/vc_row]

FlexAdvantage Blog
Comments are off for this post.
Panelists agreed on the need to capture and monitor tradeable streams as a precondition for calculating liquidity analytics, emphasizing...