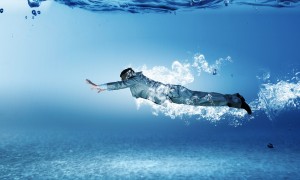 Last week, SEC Chairman Jay Clayton said he asked the staff to develop a plan for creating a Fixed Income Market Structure Committee to advise the SEC on regulatory issues in the fixed-income markets.

Clayton said the fixed income committee would be modeled after the Equity Market Structure Committee (EMSAC), and would be comprised of a diverse group of outside experts.

“The time is right for the SEC to broaden its review of market structure to include specifically the efficiency, transparency, and effectiveness of our fixed income markets,” stated Clayton in prepared remarks made to the Economic Club of New York.

As the SEC turns to examine market structure issues in the bond markets, it comes at a time when there has been a flurry of new electronic trading venues entering with a range of protocols. In July, Frankfurt’s Deutsche Börse Group invested $10 million into Trumid, an all-to-all electronic trading startup that aims to allow asset managers and brokers to trade corporate bonds directly and anonymously with one another. Meanwhile, Open Door Trading LLC went live in April with a platform utilizing auctions for matching buyers and sellers of off-the-run US Treasury bonds.

Despite the perception that fixed income is an opaque, old-fashioned and slow moving marketplace, there’s been a lot of change over the past five years in the way that buy-side traders interact with brokers.

That point was emphasized in a recent webinar hosted by Greenwich Associates titled Fixed-Income Algorithmic Trading: Present and Future.

While US equities are viewed as the fastest and most electronic market, 46% of trading on a commission weighted-basis is actually still passed over the phone from the buy to the sell side, noted Kevin McPartland, Managing Director and Head of Market Structure and Technology, at Greenwich Associates during the webinar.

By comparison 37% of global fixed income is traded electronically on a volume-weighted basis, estimated McPartland. What is surprising is that the fixed income percent is really not that far away from equities, said McPartland.

In certain fixed-income markets, such as Treasuries and futures, trading is highly automated. About 50% of the US Treasuries market is traded electronically. The swaps market is also increasingly electronic due to the Dodd-Frank Act, which pushed activity onto swap execution facilities (SEFs), but algos are just starting to penetrate swaps, said McPartland.

The boom in fixed income ETFs can also not be ignored.  Since ETFs are traded like equities on exchanges, bond ETFs can be traded algorithmically.

A Mix of Trading Protocols

In the past, it was dealers speaking with dealers via phone; but now the market is bifurcated into two camps, wholesale vs. institutional. Thus, the choice of fixed income e-trading protocols hinges on the participant’s investment strategies and the style of the dealers to provide electronic, or more accurately, “electronified” brokerage services, said McPartland.

“Automation has changed the desk dramatically on how we price [bonds], and how we approach customers in relation to our interaction with us, whether it’s over Tradeweb or Bloomberg in the RFQ fashion,” said Chris Pepe, Director, Head of Ecommerce for Americas Deutsche Bank, on the webcast. Many bond trades are priced algorithmically on desks at a large franchise like Deutsche Bank, he said.

“It’s not just recreating Brokertec, eSpeed, and the Board of Trade, with respect to U.S. Treasuries,” said Pepe, referring to anonymous order books that are operated by NEX Group (formerly ICAP), Nasdaq and the Chicago Board of Trade, respectively. “There’s artificial intelligence that’s added,” he said. Dealers putting trades together for customers are doing more than starting at a screen to price bonds.

Dealers are using automation for efficiency and also because not every trade needs intermediation. “It makes more sense to buy three million of five-year notes electronically than to pick up the phone and get a bunch of quotes,” he said. A lot of physical tickets would be impossible to handle without automation, noted Pepe.

Deciding which platforms to trade on and with whom to trade is challenging for the buy side. “I would characterize [the process] as complex and getting more complex as each day goes by,” said Alex Sedgwick, Head of Fixed Income and Electronic Trading at fund manager T.Rowe Price on the webinar. 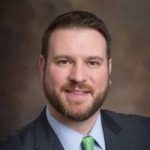 “There is more fragmentation in terms of options of where to execute and that is creating a need to take in more data and to organize the data,” he said.  “It’s key not to be faced with a deluge of information, but to get clarity and insights out of it.”

T. Rowe will look at its interactions with different counterparties, on different execution venues, and on a post-trade basis, and then take all of this information into consideration when it chooses to trade next.

“As we get more and more e-trading platforms from our counterparties, it’s going to be a huge challenge to figure out how you organize all of that information and really use it in a meaningful way,” said the buy-side trader. Not being able go gain clarity from the data is like being in the worst place, he said.

The buy side is also feeling pressure from a competitive fee environment and from the overall business model, causing it to look at technology more aggressively from an efficiency standpoint, said Alastair Hawker, Head of North American Sales at Quantitative Brokers, an agency broker.

In a survey of institutions, Greenwich found 20% of buy-side institutions said they plan to use new electronic trading platforms versus 80% said they had no plans.

“There has not been a sea change in the last 12 months, but participants are looking for new ways to source liquidity,” McPartland.

Even if e-trading gains traction, relationships with dealers as liquidity providers are still important to the buy side.

In a poll during the webinar, 79% of attendees said that the nature of the relationships with dealers and how they are covered is still important, while 21% said it was not.

“I actually think it deepens our relationship [with dealers] as we move into an environment where we are looking at large-size trades, hedging and trading on or off-the-runs,” said Hawker. “We still find value in the sell side helping us find that natural liquidity, particularly for off-the-run issues or large trades.

Quantitative Brokers offers access on the cash Treasury side to any liquidity pool that its clients can access, whether that’s an order book, or streaming prices sent by a dealer or market-making firms.

“We like to provide liquidity on an attributed basis,” said Pepe of Deutsche Bank. As a dealer, the bank prefers an attributed environment, especially for Treasuries and swaps, he said.

In the swaps market, when swap execution facilities were first launched, each SEF was required to include a central limit-order book  (CLOB) as a component of their offering. But the anonymous order books were unsuccessful as e-trading platforms, said Pepe, noting that RFQs still tend to dominate, with dealers displaying their prices, and it seems to work, he said.

While T. Rowe executes a large portion of its fixed income orders via RFQ, what’s interesting is the future state of where the market is going and the conversations around algorithmic trading, said Sedgwick.

“We can’t deny the success of the CBOT’s totally liquid and totally anonymous order books where algorithms are king,” said Pepe. About 50% of the people on the Greenwich webinar indicated they had used algorithms to trade fixed income.

Now there is a perception that Europe’s MiFID II regulatory environment will push more fixed income trading onto electronic platforms. “The rules drive that,” said McPartland.  There’s also a tremendous amount of data reporting and transparency that will come from MiFID II, said the research analyst.

Some believe that MiFID II will also lead to more algorithmic trading in fixed income. “When you have to increasingly demonstrate to regulators and others that you are achieving best execution, you need more of an audit trail, and algorithmic trading just naturally provides more of an audit trail and a rich history to make that assessment,” said Hawker.

While electronic trading is evolving in the fixed income market, Hawker predicts, “It’s not a sudden shift, but over time, the landscape will end up looking quite different. Some will look at how Treasury bond futures are traded anonymously via the CBOT and wonder why trading 10-year bonds in the cash markets should be different from that,” he said. Various sectors such as swaps, municipals, and corporates will require a liquidity provision on a disclosed basis. But, as someone who came from the equities business, Hawker said it was hard to see how in the long run that swaps would not move to a CLOB model.