Is Market Structure Tied up in Knots? 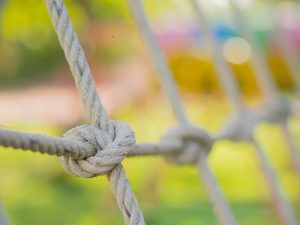 With a new head of trading and markets at the SEC, there is optimism that some of the complex market structure issues – such as make-taker incentives and sky-high market data costs — will be looked at in 2018.  As these issues wait to be settled, buy-side traders are also grappling with the EU’s MiFID II  rules on unbundling research payments from executions.

Here are some key takeaways on what matters to buy-side and sell-side traders, as discussed at Traders’ Magazine’s Second Inaugural Market Structure Equity Town Hall.

After a decade of debate, the SEC is expected to roll out an Access-Fee pilot that relates to maker-taker pricing incentives. A vote by the SEC is imminent, according to two people who spoke at the Trader’s market structure equity town hall held on Nov. 7. SEC Chairman Jay Clayton has indicated he will green light the pilot to test the impact of reduced access fees on exchanges, which was recommended by the SEC’s Equity Market Structure Advisory Committee (EMSAC) in 2016.

Rebates are paid to brokers as an incentive to post prices on exchange platforms, which helps attract more order flow, while others are charged an access fee for taking or removing bids and offers on their electronic trading venues. The difference between the access fee for takers of liquidity and the rebates for makers of liquidity is kept as revenues for exchanges.

Critics of the practice say the incentives motivate brokers to route client orders to platforms paying the highest rebates, which leads to order routing conflicts of interest.

As proposed, the EMSAC pilot will not eliminate rebates or take fees, but it will test the impact that reduced access fees have on liquidity.

Exchanges are paying rebates for adding liquidity that range between 12 cents and 33 cents per 100 shares, according to a study presented by  IEX. The pilot will lower the cap on access fees for different groups of stocks to 20 cents, 10 cents, and 2 cents per 100 shares.

However, several equity-trading executives at the Traders’ Town Hall were skeptical of the pilot, pointing to results from the small-cap tick pilot, which led to increased spreads, higher trading costs and increased routing to inverted venues.

If fees are simply reduced, then market makers will  lose the rebates and spreads will widen, and probably not much will be accomplished, predicted a sell-side executive who was skeptical of how much the pilot would accomplish.

Nevertheless, the sell-side observer said the pilot was worth doing to address conflicts of interest that are of concern to the buy side as this will build up their confidence.  However, some may argue it’s better to first address the conflicts through order routing disclosures, the sell-side executive noted.

On a roundtable focused on whether or not maker-taker was finished, a former market maker cautioned that spreads would increase for retail investors. An institutional sales person said clients saw the pilot as a solution in search of a problem.  A regulatory expert said that the maker-taker pilot needs to be changed so that it has a bucket that doesn’t’ have any rebates, and also includes inverted venues that pay higher rebates for those who take liquidity and lower rebates for those who add liquidity. “If there is nothing to be ashamed of, then why not allow a robust study?” asked a regulatory expert.

Exchange groups — Nasdaq, NYSE Group and Cboe Global Markets — sent a letter to the SEC on Oct. 13 claiming that the “ill-defined Access Fee Pilot” would conveniently lower the transaction costs of intermediaries and hurt the ability of exchanges to compete with off-exchange dark trading venues.

Despite pushback from exchanges, the pilot has gained momentum from large asset managers who want to see more transparency into how brokers are routing their orders.

At the event, IEX, which does not pay rebates, insisted that maker-taker is harming investor orders and causing market instability.

“The lines on maker-taker venues are longer,” said Elaine Wah, Market Quality at IEX, who gave a presentation based on a study released in April 2017 Market Quality across US Stock Exchanges. “Due to the maker-taking pricing model, investor orders are sent to longer lines at maker-taker venues,” said Wah.  The probability of trading depends on the length of the line, and the longer the line, the longer it takes orders in the back of the line to trade, Wah explained. 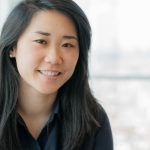 In one slide, IEX quoted a KCG study from November 2014, which found there is 4.5 basis points of slippage on Nasdaq between being in the first and fifth place in the queue.

“The buy side doesn’t know the true cost of inefficient routing,” said Linda Giordano, CEO of Babelfish Analytics, who attended the roundtable.

Part of the issue is that buy-side firms feel there is a problem with the broker algos, and are therefore putting tight limits on their child orders, explained Giordano.

“The limits cause fill rates to be lower and many orders are left unfilled, to be pushed later in the day with revised limits, to a new algo, to the next day, etc.,” said Giordano. This ‘kicking the can down the road’ can adversely impact parent level costs by 5 to 25 basis points and most of the buy side is not even measuring it,” said the expert. “This cost can be directly attributed to bad routing.” 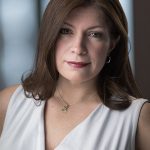 With US brokers and asset managers feeling the heat of MiFID II going into force on Jan. 3, buy- and sell-side firms discussed the impact of the EU rules mandating the unbundling of research payments from executions.

Several head traders from large asset management firms, including the US arms of AllianceBernstein and JP Morgan Asset Management, said their firms had publicly announced plans to pay for research out of their own P&Ls as a way to be in compliance with the unbundling mandate of MiFID II.

On Oct. 25, the SEC issued three no-action letters to ensure that US banks and brokers can provide research to European institutions without running afoul of US securities laws.

The SEC needed to make sure that MiFID II didn’t collide with things like 28e and soft dollars, said the sell-side executive, referring to the US policy which allows money managers to pay for research with client commission arrangements.  This gives the SEC and the industry 30 months to hear comments and potentially clarify or modernize US policy depending on how it goes in Europe.

The no-action letter also gives US asset managers some flexibility in how they pay for research, while retaining protections under the safe harbor of 28e. Many US asset managers have global businesses, so a firm could end up paying out of P&L for European clients who are “in scope” for MiFID II.

Asset management firms will have 30 months from the Jan. 3, 2018 MiFID live date to figure it out.  However, it’s not clear what that means going forward for the asset management business. While the SEC no action letter gives more flexibility in the short run, one head trader said it opens a Pandora’s box on how firms are going to handle the entire global business.

Despite some of the moans and groans over the EU rules adding to compliance headaches, buy-side traders saw this as a positive for elevating the role of the trader.

“I think unbundling is the liberation of the buy-side trader to some degree. Far too often traders have had the challenge of balancing best execution requirements and appeasing fund managers and analysts. That role has always sat with the trading desk and it probably shouldn’t have,” said Drew Miyawaki, Head of Global Equity Trading at Legal & General Investment Management America. 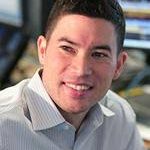 Panelists predicted there would be a big shakeout in the numbers of execution firms that are largely in business as a toll collection mechanism for research.  There was talk of “excess capacity,” with clear winners, losers and survivors.  Some expect their broker lists to shrink.  Broker lists with 60 to 100 execution partners could possibly collapse to 8 or 15, said one speaker. Rather than see this as a negative, one buy-side trader argued that a dramatic reduction in broker lists was long overdue, remarking that trading is a unique skill that is very different from research. Once a firm starts cutting their list of execution partners, they usually never miss having a bigger list, said the trader.  At the same time, asset managers need to go where liquidity is.  While the list of brokers could get concentrated among fewer firms, one head trader said his firm needed to be nimble enough to go where the liquidity is, and that could mean calling No. 60 on the list.

Out of Control Market Data Costs

Rising market data costs are a hot button issue for brokers and asset managers who require the most timely data in an automated market structure.

It was clear that the industry is counting on Brett Redfearn, the SEC’s new head of Trading & Markets, to make some progress in lowering market data costs. Though Redfearn was not at the event, the most frequently-asked question was: What can Brett Redfearn accomplish in terms of rolling back the cost of market data? Redfearn, who was formerly global head of market structure at JP Morgan, has been a vocal critic of the governance whereby exchanges oversee the public consolidated market data feeds, known as the Securities Information Processor (SIP).

A recent Treasury report said that the market for market data is not completely competitive, which creates an opening for the SEC to examine market data. However, it’s not clear if the SEC will be able to act on its own or will require legislation, said the sell-side observer.

There are easy wins and hard wins that the SEC can pursue, according to this person.

Potentially, the SEC can approach the issue through disclosure and governance, to push for better behavior, but it will be tougher to tackle the issues around how rates are set by exchanges, said the sell-side executive. The governance issue is a big deal because it’s only exchanges and advisory committees that have representation.

According to a new report released on Nov. 17 from Healthy Markets Association, an independent investor organization, the same exchanges that oversee the public market data feeds are competing with these public feeds by selling their own proprietary data and connectivity offerings.

The report ‘s findings include evidence that public and private data and connectivity prices have skyrocketed in recent years.

Among the 14 recommendations that the report cites to improve oversight of US equity market data is to revise the National Market System (NMS) Plan for governance to include voting representation from investment advisers and broker-dealers.

Another is to require all exchanges to provide detailed financial information regarding their public data fees, their revenues and expenses related to public and private data, as well as connectivity or other related products and services.

MiFID II and Fixed Income: Big Changes on the Horizon

Past blog posts in 2017 about market structure issues:

Reforming the SIP with Odd Lots and Competing Consolidators

Insights
Comments are off for this post.
With attention riveted on volatile stock and bond markets and the economic fallout from the COVID-19 pandemic, brokers and...

Insights
Comments are off for this post.
With mountains of market data, historical prices, and transactions data stored in disparate systems, securities and investment firms are...