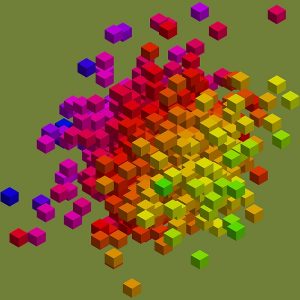 Some experts are debating whether the complexity of the listed U.S. options market structure is hurting liquidity providers and driving some market makers out of the business.

The state of the options market structure has become a controversial topic. “It’s a pretty tangled web that we’ve woven for ourselves here,” said Lichten, who spoke about institutional trading in options and bringing transparency in a complex market.

Ever since Regulation NMS was implemented in 2006, there’s been an explosion in the number of options exchanges launching electronic matching engines, a cause of fragmentation.

Last year, MIAX Pearl made its debut raising the number to 15. Experts are expecting one more exchange to launch in 2017, bringing the total up to 16 exchanges, which will further bifurcate the landscape for liquidity.

Even with the inroads made by maker-taker options exchanges, according to Lichten, pro-rata exchanges represent about two-thirds or 66% while price-time had 34% of the total volume.

Options traders have also seen a wave of consolidation hit the exchange landscape, but this is not expected to result in fewer trading venues.

In March of 2016, Nasdaq purchased the International Securities Exchange for $1.1 billion from Deutsche Borse. Nasdaq now owns six options exchanges (PHLX, Nasdaq Options Market (NOM), BZX, ISE, Gemini and Mercury), and is the largest options market, accounting for more than one third of the volume.

However, CBOE has surpassed Nasdaq with its purchase of BATS Global Markets, the second largest U.S. equities exchange, for $3.2 billion, creating a behemoth that trades proprietary indexes like the VIX and S&P 500, that could leverage BATS’s strength in European equities and ETFs.

“You have two major exchanges, Nasdaq/ISE and CBOE/BATS each with approximately ten exchanges,” said Lichten.

While there are currently four major exchange families – CBOE/BATS, Nasdaq/ISE, NYSE (Arca, Amex), and MIAX Options Exchange, each one runs multiple venues that span different methods of execution, such as price-time priority, or pro rata, customer priority, and fee schedules including maker taker and taker maker.

Despite the consolidation that has occurred, there is still the same number of exchanges.

Critics suggest that the complexity is not benefiting the market makers, who serve as liquidity providers across the various exchanges.

“Having so many exchanges diminishes the ability of market makers to quote on the screen,” said Lichten. At its peak, the industry had about 60 market makers; now there are about five to 15 that have any relevance, he said. “The reason that we’ve seen a decrease in the number of market makers is that the business is not as profitable,” he said.

While there are 4,000 different products in the options market with one million strikes, the bulk of the options volumes is concentrated in popular index ETFs, like the SPY and QQQ, and volatility products like VIX futures along with individual stocks like Apple, or a few banks such as Bank of America. “Some 85% of daily option volume is traded in just the top 10 issues, with seven of those being exchange traded funds (ETF),” wrote The Options Specialist in “Options is Collapsing.”

In a May 7 article in The Wall Street Journal titled “Traders Are Fleeing the Options Market,” Thomas Peterffy, CEO and chairman of Interactive Brokers Group, said: “Most market makers congregate in the highly traded products. It’s difficult for market makers to maintain hundreds of thousands of bids and offers all the time.”

Tremendous amounts of investments are necessary to keep up with the Jones’s.  With the emphasis on speed, spending can range between $5 and $55 million a year to take on risk and to be able to quote on all 15 exchanges, added Lichten. A firm is looking at $100 million-plus to launch a market-making business, without including capital costs, he added.

The pressure on market makers began in the mid 1990s with the shift to multiple listings and decimal pricing in 2001. The big argument was that it was trimming the profits of market makers and it’s good for the customer to get a cheaper price.

Fragmentation and the speed advantages that market makers require has pushed a lot of people out of the market, he said.

“It is fair to say that we have fewer market makers than the year before and the decrease is not due to consolidation, but to firms leaving the business,” said Lichten. KCG left the business in 2015 while UBS exited in 2016. In March, Interactive Brokers said it would stop market making through its Timber Hill unit. Six leading firms have exited the automated market-making business since 2012, according to The Wall Street Journal in “Traders Are Feeling the Options Market.” Today, the top market makers include: Citadel, Jump Trading, Susequehanna Group, Wolverine, IMC, Holland Trading, and Group One. [On May 9, Two Sigma Securities reached an agreement to acquire Timber Hill’s options market-making business from Interactive Brokers.]

One of the criticisms of the options market structure has been the amount of retail flow going through auctions. Several exchanges have launched auctions with price improvement mechanisms (PIMs) to gain a better price than the NBBO.

Comparing the auctions to dark pools in the equities market, Lichten estimates that 20-45% of options volume in February went into auctions, though it could be higher. In equities, about 13% of daily volume traded in dark pools, while 34% was executed off-exchange via sell side firms that internalize retail flow.

“I’m not knocking auctions, but some have hindered the operations of the options market,” said Lichten. Pointing to the way that auctions operate, Lichten said institutional investors just aren’t able to interact with an auction.

“The amount of liquidity on the screen isn’t really as good as it can be. It really gives the institutional investor a disadvantage,” said Lichten. While the auctions were created to provide price improvement to retail investors, a lot of market makers are not quoting out loud, and are keeping more in reserve to take people to auctions instead of quoting a larger percentage on screen, he said.

“The amount we see on the screen may not be indicative of the amount that will actually trade because of what’s behind it,” he said.

A positive trend for the options business is that institutions are increasing their usage of equity options. A high of 720 institutions had to file 13-F options reports with the SEC on March 15, as compared with 240 on March 1, noted Lichten.

In a low volatility environment, pension funds, long-short hedge funds and plain vanilla asset managers are coming up with strategies to generate alpha or ideas that provide protection on their portfolios. That is why the industry is seeing a conversion of desks from equity-only to multi-asset trading. The advent of weeklies and shorter duration options gives the buy side the ability to trade them and not be locked into a longer period of time,” said Lichten.

The buy side needs so much more technology, such as algos, than they did before.

This is due to the complexity of the market structure, with many relying on algorithms and smart order routers to source liquidity for trades. Others prefer to route their orders to high-touch brokers. “A large mutual fund trying to get out of a position they had in Yahoo options are going to get killed; they have to use the algorithms,” said a former market maker. “Now they need to use TWAP or VWAP algos to hide their big order. You scurry around different exchanges; you work that order trying to get a decent price.” 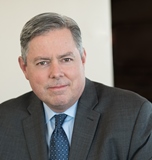 During the call, Jim Toes, president of the STA, asked if a regulatory change or a competitive catalyst could lead to a change in the market structure over the next 12 months.

Predicting the trend toward fragmentation will continue, Lichten said: “I think we’ll see more medallions offered out in many ways.” One possibility is that additional trading floors will open, which could benefit the industry, said Licthen.

Trading Floors on the Move

Despite the move from open outcry trading pits to electronic systems, trading floors are also making a comeback.

The Boston Options Exchange (BOX) is building a trading floor in Chicago to attract traders who prefer open outcry for big trades, as noted in Crain’s Chicago Business.  CBOE operates floors for big proprietary index contracts on the S&P 500 and the VIX.  The market makers have the right to participate in up to as much as 40% of options trade.

“Because the rules are slightly different on floors than on the electronic side, you can get a cross done if you explore it to the floor or group of liquidity providers,” said a former options market maker. “That keeps the market makers healthy.”

One or two more auctions could pop up in the next 12-to-18 months. However, according to Lichten, the continued dislocation and fragmentation in the marketplace is not going to stop any time soon.

While Lichten said he would like to see consolidation of some of the exchanges that run multiple order books, the reality is that investors will need to focus on how their orders are being routed and what the impact is on their executions.

Meanwhile, the market makers are left spending millions on super computers and microwave technology to be faster than the next firm.  There has even been talk by some exchanges about implementing speed bumps so that liquidity providers at the slower exchanges aren’t run over.

For a complete review of your firm’s options trading requirements and how FlexTrade can help, please contact us at sales@flextrade.com.

Insights
Comments are off for this post.
As a provider of technology to the FX market, our signing of the Code reflects our commitment to support...

Is Remote Work Leading to a Paradigm Shift on the Trading Desk?

Insights
Comments are off for this post.
Given the market's resiliency and traders working from home during the COVID-19-fueled volatility, some market observers have questioned the...

Insights
Comments are off for this post.
Options trading volumes and volatility skyrocketed in March as concerns over the COVID-19 virus spread across markets. In this Q&A,...