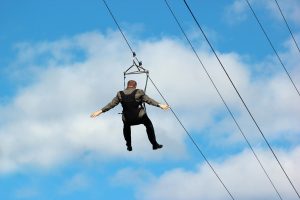 As MiFID II’s Jan. 3 go-live date draws closer, investment firms are rushing to implement systems that monitor position limits on commodity derivatives, though the majority of the limits are still unknown.

Commodity derivatives participants are waiting for precise position limit rules under MiFID II on more than 100 contracts ranging from agriculture to energy and metals. But the lack of information on those limits is making compliance difficult, according to a recent webinar held by Energy Risk.

While commodity dealers and hedge funds have had position limits applied by exchanges and prime brokers, respectively, MiFID II requires end-of-day reporting and continuous monitoring to avoid intraday breeches across all EU venues and jurisdictions.

“At the close of each trading day, they must report their positions, which presents a new and daunting task for many commodity market participants and for their commodity monitoring compliance systems,” said the moderator on the Sept. 21 webinar, “MiFID II Position Limits: Preparing, Monitoring, Reporting in the New Regime.”

The rules apply to commodities derivatives contracts traded on EU venues as well as economically equivalent OTC derivative contracts (EOTC) traded off exchange. Limits are to be set by national competent regulators (NCAs) in whose jurisdiction the venue lies.

However, there is still a backlog of opinions that ESMA is scheduled to issue.

On Sept. 28, ESMA announced a pragmatic approach to ensuring that position limits on commodity derivatives set by national regulators under MiFID/MiFIR would be implemented by Jan. 3.

Citing the need to avoid processing bottlenecks, ESMA together with the NCAs, announced an updated work plan to deal with the 700 pre-trade transparency waivers for equity and fixed income securities and 110 commodity position limits.

“ESMA together with NCAs, given the complexity and the timing of position limit notifications, agreed that it will not be possible to finalize and publish all the position limit opinions for liquid commodity derivative contracts by the end of the year,” states the work plan.

The plan is for the NCAs to publish limits ahead of ESMA’s opinions and those limits will go into force and be monitored by NCAs on Jan. 3.

Following publication of opinions by ESMA, NCAs have agreed to modify the position limits in accordance with ESMA’s opinions or provide a reason for why a change is not necessary.

As a result, firms are working to comply with the rules even though the precise limits for 100 contracts across the regions are unknown. Limits have not been set on all 100 contracts, and firms are finding it difficult to plan ahead, said several experts on the webinar.

Given the lack of specifics on limits, some are worried about a doomsday scenario. However, one speaker conveyed that “doomsday” was too strong a word.

“The most likely negative scenario for trading firms on Jan. 3, is that they don’t have the systems and processes in place and tested by then,” cautioned Peter Moore, head of product management, Kiodex, FIS.

Experts suggested that EU firms are facing challenges at every turn starting with the fact that limits are being defined in a piecemeal, chaotic fashion rather than upfront, forcing firms to make decisions on incomplete information.

The level of preparedness depends on when companies began looking at the rules, which for many was late last year, but some are still talking to vendors at this late stage, said Moore.

By far, the most challenging part has been upgrading their systems, said Moore. They may have one or more systems for a particular set of limits on an exchange that has to be adapted to cover positions on exchanges and OTC instruments across the region.

Investment firms also need to report economically equivalent OTC (EOTC) instruments as part of their positions. “That is an OTC contract traded off venue that is considered equivalent to something that’s on a venue. The rules are quite tight. They get rolled into that limit as well,” said Aviv Handler,  managing director, ETR Advisory.

According to Marc Merrill, Senior Vice President, Director International Law & Global Trading, Uniper, firms need to understand the list of contracts that are

subject to a particular position limit, and which contracts need to be aggregated with them. They also need to have a solid understanding of what are the economically equivalent contracts or EOTCs. Then they need to buy a system that is able to track that in real time. But the workload will vary depending on the number of contracts and markets they are trading on, he said.

A survey on readiness during the webinar, found that more than 30.8% of firms had not yet decided on what to do, while 11.5% said everything is in place and they are ready to monitor commodity position limits for MiFID II, while 26.9% said they are close to being ready and 3.8% have not started yet.

If systems are not ready by Jan. 3, what are the options? Firms still need to trade, so they’re going to try and make due by manually collecting positions and comparing limits. “You can imagine doing all of that manually across futures and options, different products, different delivery dates. That’s going to be a horrendous pain,” said Moore.

While the rules require end-of-day reporting of positions to prevent a breach of limits, firms really need to start identifying potential breeches before the close of business, he said.

According to ESMA, “Position limits are applicable at all times. This is particularly relevant when a commodity derivative is traded OTC outside the normal trading hours of a trading venue.”

Also, if the OTC instrument is considered economically equivalent to an instrument that is traded on an EU venue, then it must be part of the position limit calculation.

Most commodity and energy firms will remain outside of MiFID II, but they have to apply for the “ancillary exemption.”  This is available to firms that deal on their own account other than executing client trades; or to firms providing investment services to the customers or suppliers of their main business, wrote law firm Norton Rose Fulbright in it MiFID II/MiFIR series.

Non-financial counterparties can also qualify for a hedge exemption from position limits.  “If they apply for the hedge exemption then any portion of the limit which is a hedge, will not contribute to the utilization of that limit,” explained Handler.

Adding to the complexity, MiFID II requires firms to separate their hedges from non-hedge or speculative activity.  Firms that trade via direct access are going to need a type of electronic indicator to flag positions as either a hedge or risk reducing trade. Those who trade over the phone with a broker might need the broker to denote that.

There was some debate over whether intraday monitoring is legally obligated, but several panelists said monitoring was necessary to prevent breaching the limits. “To know at the end of the day that you broke the limit is too late,” said Moore. Firms want to know throughout the day where they stand.  “You need to know if you are over the limit or close to it,” he said.

Others pointed to the challenges of aggregation across different venues and commodity contracts. “There are a lot of calculations involved, starting with capturing the raw data,” said Handler. For example, someone trading Brent contracts on ICE Futures Europe needs to aggregate positions that include Brent futures, Brent options, the first line swap and the Brent leg of a gasohol crack spread (a commodity product spread involving the purchase of crude oil futures and the sale of gasoline and heating-oil futures).

“Keep in mind if you have multiple trading organizations in say London and in Germany, you need to aggregate across those locations as well,” said Uniper’s Merrill.  In addition, positions need to be aggregated at the entity and group level.

With the unknowns on commodity position limits still lingering so close to Jan.3, many participants are not sure if they will see a hard enforcement from the national regulators.  Panelists suggested that regulators would check to see if a firm has a compliance infrastructure in place. “If you assign somebody to capture, monitor and compare positions to limits that will go a long way toward assuring the FCA,” said FSI’s Moore referring to the UK’s Financial Conduct Authority.

However, “if a firm is sticking its head in the sand, and not taking steps to address the rules, then regulators will take a very dim view of that,” said Moore.

Is Remote Work Leading to a Paradigm Shift on the Trading Desk?

FlexTrade Insights Blog
Comments are off for this post.
Given the market's resiliency and traders working from home during the COVID-19-fueled volatility, some market observers have questioned the...