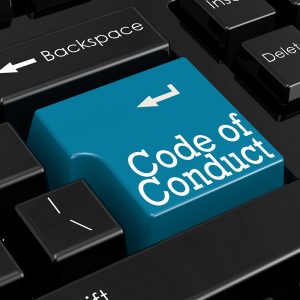 Foreign exchange participants are getting a crash course in ethical behavior.

With the release of the FX Global Code for the wholesale foreign exchange market last month, the FX industry is counting on a single set of guidelines to prevent bad behavior in currency trading.

Launched by the Bank International Settlements on May 25 in London, the final release caps a two-year effort by central bankers in the FX Working Group (FXWG) and private sector Market Participants Group (MPG) from 16 jurisdictions around the globe.

The standards are seen as a reaction to several FX rate-rigging scandals in the London Interbank Offered Rate, which began in 2012 and resulted in multi-billion dollar bank fines. Around the same time, pension funds also began to file lawsuits against their custodians over the timing and price of the FX executions.

“All of us recognize the need to restore the public’s faith in the foreign exchange market. We share the view that the Global Code plays an important role in assisting that process and in helping improve market functioning,” said Guy Debelle, Reserve Bank of Australia Deputy Governor, who chaired the FXWG, in opening remarks.

While adherence to the 75-page document is voluntary, it seeks to establish a set of best practices that applies to wholesale market participants across all regions.

Providers of algorithmic trading or aggregation services to clients are told to provide adequate disclosure regarding how they operate, including information on fees, whether they execute as principal, and information on their routing preferences.

The code weighs in on the practice of “last look,” which has been the subject of much debate throughout the industry. As stated in the code, last look allows a market participant receiving a trade request to have a final opportunity to accept or reject the request against its quoted price during a specific time, known as the last look window.

What’s Next for the FX Global Code?

A big concern with last look is that if a liquidity provider rejects a trade request, then it gleans information from the client. “Last look should not be used for purposes of information gathering with no intention to accept the client’s request to trade,” states the code.

Some people may be disappointed if they think the global code is meant to ban last look because it doesn’t do that.

“Again the global conduct code does not prohibit last look, and different venues and liquidity providers may offer trading with or without a last look window,” said Chip Lowry, Senior Managing Director at State Street Global Markets, during a webinar hosted by the FXPA.

While the code is not meant to “outlaw any useful practice,” said Lowry, “there is an emphasis on providing transparency and disclosure to clients and counterparties on how the practice works, so that they have enough information to decide for themselves.”

“And, it’s up to them to make sure their clients and counterparties are sufficiently informed and allowed to make decisions about that,” said Lowry.

But many firms are asking what it means to adhere to the guidelines, which doesn’t impose legal or regulatory obligations on participants.

The most obvious way a firm could adhere to the code is to put a “statement of commitment” on their web site, said Lisa Shemie, Associate General Counsel at Bats Global Markets, a CBOE company, during the FXPA webinar. Some firms may want to use the statement of commitment to commit to their counterparties bilaterally. A firm could also issue a press release, but there is no obligation to do so publicly.

There is also talk of creating a repository or public registry where any one can go to see which firms have adhered to the code.

Even though the FX code of conduct is voluntary, firms in the wholesale FX markets could face commercial pressure from central banks and/or clients to adhere to the code, said a speaker.

“It may be an osmosis type of mechanism, where in the next few months, we will see clients face other entities that have not adhered,” said Shemie.

For example, clients could refuse to face counterparties that have not adhered to the code.

As a venue, it’s possible that some clients could say to us they don’t want to see prices from any liquidity provider on our platforms that has not adhered. Venues like BATS will have to determine how or whether to accommodate that, said Shemie.

Since the code has received endorsements from central banks, which have oversight over bank dealers, it’s hard to see how they could ignore the code, noted Shemie.

Central banks, when acting as counterparties, have indicated they will require their trading counterparties to adhere to the code. When there is endorsement from central banks, it will be hard for firms they have oversight over to ignore the code, said Shemie.

Adherence to the code also entails more than just posting a statement on a shiny website.  A market participant in the wholesale FX market is expected to align its business activities with the principles of the code.

Large banks have embarked on training programs. For instance, Citigroup has embarked on a “sweeping educational initiative,” training about 1,300 staff globally on market conduct through a new handbook, as reported by Bloomberg in “FX Ethics Revamp Spurs Citigroup Training, App for Trader.”  It used the ACI Financial Markets Association online portal to administer tests.

Asset managers are also educating their staffs on the new standards as part of their ongoing compliance training, an executive said in the Bloomberg article.

E-trading venues could also face commercial pressure to display quotes from liquidity providers that have committed to adhere.

But firms should not simply adhere and sign their name if they are not complying with the principles. “There’s case law in the US that having a policy and not conforming to that policy could be worse than having no policy at all,” said Shemie.

However, some skeptics suggest that the guidelines lack regulatory teeth and fall short in a number of areas. “While it may have market changing potential, it is not likely to create a reformed, transparent and ultimately fair market,” wrote James Singleton, founder and CEO of Cürex Group Holdings, LLC, an FX execution services provider in a report on its web site.

“The chief reason for that is the fact that the Code is ultimately aspirational,” wrote Singleton in “A Buy Side Code of Conduct for Best Execution Outcomes, The Ten Commandments.”

Instead, Singleton suggests that the code should serve as a wake-up call for the buy side to seize the responsibility they have for best execution outcomes for their customers.

Indeed, the code tells clients to regularly evaluate the executions they receive. “If there is one outcome from the code, it’s that the buy side and corporate users of FX should start measuring their executions, said State Street’s Lowry. “That is something that a lot of people don’t do today. I think that is a good thing for the industry.”

Insights
Comments are off for this post.
By Ivy Schmerken Senior buy-side traders offered differing views on the definition of high-touch and low-touch trading in foreign...

Insights
Comments are off for this post.
The rise in off-exchange market share fueled by retail trading, liquidity aggregation on fixed-income trading desks, and how options...