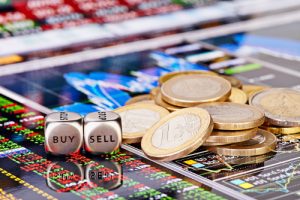 With more regulatory oversight expected, the buy side’ is paying attention to best execution and FX TCA.

As European regulators eye the foreign exchange market, the onus is falling on buy- side firms to develop best execution standards and take more control over their trades, according to a recent industry conference.

In light of recent scandals involving currency-rate rigging, and the controversy over ‘last look’, where banks have the right to reject a trade after a client requests a quote, traders are paying close attention to data.

Some quantitative firms are already focused on algorithms and aggregation tools that pull together disparate pools of liquidity from a mix of banks and ECNs. Yet in the highly electronic and fragmented currency markets, with no central exchange or consolidated data feed, it’s hard for investors to create a composite picture of the market.

“We don’t want to be in the business of picking the winners and the losers in the ECN business,” said Steven List, head trader at AlphaSimplex, an investment research and management boutique, speaking at Markets Media’s Global Markets Summit in December. AlphaSimplex is a firm founded by MIT professor Andrew Lo. “That’s what the algorithms do,” said List, explaining how his firm routes orders to ECNs on an anonymous basis through its prime broker. The firm utilizes bank agency algorithms which aggregate liquidity from the venues. It receives data for post-trade analysis. For example, AlphaSimplex works with trading partners to obtain analysis on the percentage of fill ratios for tier-one and tier two ECNs. “If we are trading euro, we want to know where the Euro is some 30-to-50 seconds after we did a trade. All of those analytics are starting to come in,” said List.

The focus on analytics and trading metrics also reflects the evolution of foreign exchange toward a more equities-like market structure. Foreign exchange is headed down the same path of equities, according to several panelists.

Though  spot FX is still a principal-based market, where banks provide a risk transfer price, the principal model is changing to an agency model, according to Jim Cochrane, Director, senior product manager, FX Analytics at ITG. Banks are still providing a risk-transfer price, but they have reduced the number of sales professionals and analysts on the desk providing advice to institutions. Now most of the risk transfer prices are being streamed through a platform, noted Cochrane.

“Over the next five years, FX is going to look a lot like equities trading,” agreed AlphaSimplex’s List. “Bilateral principal trading will continue but it will be receding as a result of the regulatory environment,” he predicted.

As electronic trading in FX begins to resemble equities, it becomes easier to standardize trading cost measurement across all asset classes.

“Transparency comes in with our ability to start to standardize the measurement of our slippage and trading costs,” says List. “We can estimate what our slippage will be in S&P 500 futures in a similar fashion to how we estimate the cost of trading Aussie dollar he said. “And we can now look at the performance of the algorithms relative to those expectations,” he said. The migration from point and click trading to algorithmic trading is enabling institutions to monitor the results. “Algorithms are also designed to deprioritize or deactivate ECNs that give a poor execution,” said List.

When AlphaSimplex looked at the FX landscape four years ago, it became attentive to the idea that smart order routing algos were going to be available, noted List. As a quantitative trading shop, it was already trading equities and derivatives algorithmically and using aggregation tools. It was not a big leap for it to apply the same techniques to spot FX. In terms of cost efficiency and scalability, the quant shop trades multiple currencies with a single trader using an algorithm. Whereas about 10 years ago, AlphaSimplex may have needed a couple of traders to handle FX, but today, the firm has a single trader handling multiple currencies, including the euro and emerging markets. Over the past three and a half years, AlphaSimplex has saved $4 million, a sign that the migration to algorithmic trading from point and click trading is an improvement over what it did before, said List.

Also, the next generation of traders will learn these tools, so that’s another reason to adopt the latest technology, said List. “Younger traders know all the tools which are coming out. That’s the whole point of going down this path,” said List, which is to adapt to the coming environment as FX moves toward an agency-based model.

Looking ahead to how firms should develop best execution standards relative to FX, David Ogg, CEO of Ogg Trading, advised institutions to get access to as much liquidity as possible. “I think people have to take control of their execution process,” said Ogg, whose firm recently launched a currency trading dark pool LiquiMatch with Bloomberg LP. “That means if you are a buy-side firm, you really should explore a prime broker because you are missing out on liquidity that could be at or inside the spread,” he said. Ogg also pointed out that a buy side trader should get access dark pools and midpoint trading to save on the inside spread. “You really need a prime broker to get that,” said Ogg.

He also believes buy-side firms should execute through agency algorithms. “A lot of algos are linked to a single dealer platforms function very well, but they are only linked to the primary liquidity in that platform and that is not always the best liquidity on the street,” said Ogg.

Aggregation is an important tool because it will put intelligence behind the trade and allow the buy side to be agnostic toward the venues it executes on, noted List.

Hedge funds that trade FX as an asset class rather than for hedging positions are already sourcing every piece of liquidity they can from multiple ECNs and using algorithms and aggregation tools to find the best price, said Ogg.

But the question is will the real money accounts —i.e., long-only investment managers trading on behalf of pension funds, fund of funds and sovereign wealth funds — follow as aggressively?

Real-money accounts, such as global, tier-one asset managers, are not stepping into algorithms aggressively, yet, according to the panel. They are more concerned with filling larger orders. Traditional asset managers may use an execution management system (EMS) to capture streaming rates from their bilateral relationships so they can then create a synthetic order book. While there are early adopters of algorithms, the general community of tier-one investors is still phone-based.

Though EMS players are offering these tools the buy side must deal with the settlement complexities of managing algorithmic trades.

Cost is a Factor

Going forward clients will need to pay attention to costs when considering a best execution plan. There is a cost of routing to multiple venues and connecting to multiple platforms, cautioned one panelist.

“People really need to think about total cost of ownership. It’s the overall price you are getting and the cost of technology,” said Lenore Kantor, CEO of Launch Warrior, which advises startups. If a firm has 10 different platforms that are not cost effective; they need to look under the hood to get a handle on costs, said Kantor.

Pre-Trade TCA on the Frontier

While the FX market has been talking about TCA for seven years, pre-trade analysis is the new conversation, said panelists. “Now that the data is going to become better, that’s the new frontier,” said Kantor. Firms are looking at taking their post-trade data and feeding back into the pre-trade decision tools. Then firms can build a liquidity scorecard, which can factor in routing to the venues, slippage against a benchmark, but also other costs, such as routing away from one’s custodian.

“Pre-trade stuff is absolutely the next thing that is coming down,” said List. As a quant shop, the firm runs tons of analytics on its tick data in futures. In FX, execution data has become available on quote density. “We’ve already simulated the best or optimal times by which to execute.” Even the platforms, with EBS acquiring Molten Markets and Thomson Reuters FXall, are adding pre-trade and post-trade analysis and becoming more alike, noted Cochrane.

Now that banks are less strong as principals, institutions are going to need to make use of all the tools to manage currency risk. With regulation coming down the pike, the buy side could face audits and meet their fiduciary responsibility to clients and shareholders. Rather than aggregate all of their trades into blocks and outsource executions to a custodian for settlement, some think the institutions should utilize algorithms and intelligently route their orders in smaller pieces.

It remains to be seen how high the bar will be set, but one thing is clear, the next generation of FX traders will demand this technology.

Seven Trends the Buy Side Needs to Consider

Events
No Comments
Attending Forex Network Chicago 2019? Arrange a meeting with FlexTrade to learn about out FX trading solutions for the...