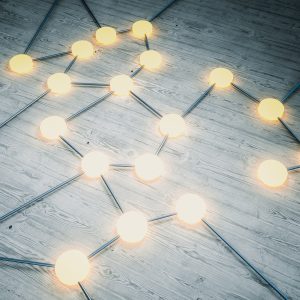 Several startups are planning to launch either new venues or order types, and even listing standards, to solve problems in US equity trading.

At last month’s SIFMA Equity Market Structure conference, executives with the following three startups and one established exchange discussed their particular market innovations and how each one fits into the existing equity market structure.

But each of these venues is entering a complicated marketplace. With 12 exchanges and more than 30 ATSs, any new entrant is facing hurdles of convincing buy-side and sell-side firms to connect to their venues to send order flow.

“Market impact is a problem that a significant segment of the market cares about across the board,” said Roman Ginis, founder and CEO of Imperative Execution, a startup based in Stamford, Conn., which is preparing to launch a dark pool known as Intelligent Cross in May.  “The market makers care about this, the long-onlys care and the strategy funds care, even though they each have different holding periods,” said Ginis. 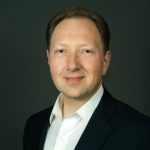 “Instead of looking for a silver bullet that solves the problem in the marketplace, we look at it as an optimization problem,” said Ginis, who has a PhD in computer science from the California Institute of Technology and is a former quantitative trader at Cubist Systematic Strategies, a business of Point72 Asset Management. Ginis said he spent many years designing algorithms for different strategies.

The startup is seeded by Steve Cohen’s Point 72 Ventures arm to combat slippage associated with certain high frequency trading strategies, as first reported in The Wall Street Journal in Steven Cohen Targets High-Frequency Trading with ‘Dark Pool’ Venture. However, Ginis said the problem is not specific to HFT and is much broader.

“The problem is we have a market great for small orders. The US market is deep and fast and highly liquid for retail.  We don’t have an efficient market for those who want to trade a few thousand shares,” said Ginis. “This is why all the algorithmic desks exist,” he said. We built this platform to be additive to everyone’s algorithm that want to execute over time,” he said.

Unlike other ATSs, it will not work “parent” orders; instead, it will only see the “child orders” that are executed through algorithms, he said. About 80% of the market is algorithms working orders in the market.

Intelligent Cross will run a midpoint cross whose objective is to get the market impact immediately after the print as close to zero as possible, said Ginis.

What sets the dark pool apart from other rivals is that it uses machine learning to optimize its matching engine’s decision of when to trade based on the liquidity of each stock.

Rather than design a continuous trading system, Intelligent Cross is a venue that optimizes at discrete times. It will measure its own performance, learn from empirical data and “recalibrate” the match time for each stock, said Ginis.

As a near continuous match, it matches every couple of milliseconds, which is different for every stock based on its liquidity. To find the best time to trade, the ATS measures the market response typically 5-10 milliseconds after its own print. This is typical since algorithms also measure the book before and after, and know exactly how much slippage they received, said Ginis.

If there is too much market reaction that means somebody learned some information about the direction of the trade. In that case, the ATS would adjust the matching periods to make them further apart, explains Ginis.  Instead of matching every 7 milliseconds, it can match every 3-10 milliseconds or 5-12 milliseconds. Then it can start shrinking the period between matches. “What the matching engine does is constantly find the optimal frequency in which to match such that it matches as often as possible, yet while the market response goes as close to zero as possible,” said Ginis. What you see coming out of the venue is a series of midpoint prints at randomized times, he said.

Other venues are also looking at reducing the frequency of trading to help institutions aggregate liquidity.

Nasdaq Stock Market has created the Midpoint Extended Life Order (M-ELO) “for participants for whom a millisecond or microsecond doesn’t matter,” said Chuck Mack, Deputy Head of US Equities, on the SIFMA panel. The dark order-type “is for participants or investors who are willing to be patient for just half-a-second and in return for that, anyone who wants to trade against them has to wait half a second,” he said. M-ELO orders will only execute against other M-ELO orders, which means they won’t be interacting with intermarket sweep orders (ISOs) or be subject to pinging, he said.  “It was created in a simple way to protect participants as much as we can from adverse selection and market impact,” said Mack.

In the public markets, where many traders are representing 100 share orders to buy or sell, institutions are vulnerable to adverse selection and information leakage. “It can be frustrating to assemble a block,” said Jonathan Clark, CEO of Luminex Trading & Analytics, an ATS that is owned and operated by a consortium of buy-side institutions.

“Governance and ownership structure is what makes us unique,” said Clark. Launched in 2015, Luminex was founded by nine asset managers, including Fidelity Investments, to serve as a utility-like venue for buy-side institutions. The other investors include Bank of New York Mellon Corp., BlackRock, Capital Group Cos., Invesco, JP Morgan Asset Management, MFS Investment Management and State Street Global Advisors and T. Rowe Price.

“We aren’t catering to broker-dealers. They don’t have access to the platform,” said Clark, adding that asset managers must come in through their OMS or EMS, so it’s a closed environment.

The formation of the buy-side dark pool was a reaction to some of the scandals that occurred with dark pools, such as the blow-up of Pipeline Trading after it leaked information about institutional clients to its market-making arm. “That sort of stuff gives pause to the buy side,” said Clark, a former buy-side trader on a quantitative team at Merrill Lynch Investment Management, which was acquired by BlackRock in 2006. Clark became co-head of equity trading at BlackRock until he joined Luminex. 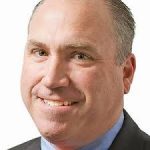 Though skeptics had claimed the venue would not get matches since buy-side firms are on the same side of the trade, Clark said the ATS has data to prove otherwise. With a minimize size of 5,000 shares, Clark said Luminex’s average execution size is 30,000 shares, and the average quantity submitted is 160,000 shares.

Despite the proliferation of order types in the market, Luminex is focused on the simplicity of block trading and only has two order types, said Clark. Cost is also a factor in Luminex’s growth. While some other block venues charge one to two cents per share, Luminex charges 25 mils (or .25 per 100 shares). He attributes some recent success to conditional orders where clients have an opportunity to rest an order in multiple places simultaneously.   “Clients have an opportunity to rest with us and to rest with other venues,” he said. Through an OMS or EMS, they can check a box and expose a one-million share order to BIDS and Luminex, he said.  “I can be in multiple places at the same time, and I can be patient,” said Clark.

By contrast to public exchanges that focus on high-speed trading, Long-Term Stock Exchange (LTSE) anticipates registering with the SEC to launch a stock exchange that allows listed companies to focus on long-term growth plans.

The exchange is looking to fight short-term thinking by creating new voting standards and disclosure rules which reward long-term shareholding. The idea was borne out of a book, The Lean Startup, in which author Eric Ries focused on how to help companies with innovation. Ries found out that startups and established companies are waiting longer to access the public markets. Ries proposes that startups will sell more shares to the public on LTSE because the rules will insulate them from short-term distractions and pressure from activist investors. 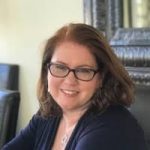 “As soon as companies enter the public marketplace they are facing quarterly scrutiny,” commented Michelle Greene, chief policy officer at LTSE. However, in the private marketplace, there was interest in how a company was executing on the long-term plan and growth, said Greene. Among the ideas is to provide disclosures that would give long-term investors more insight into what a company is planning for the long-term, and how they are measuring progress toward longer-term goals, said Greene, who is a former head of corporate responsibility at the New York Stock Exchange. Though it would be easier to register as an ATS, LTSE decided to register as an exchange. Greene said it would take the authority of an SRO [self regulatory organization] to make an ecosystem change.  In addition, LTSE struck an arrangement in December of 2017 with IEX, whereby companies and issuers that list on IEX could choose to adhere to listing standards designed by LTSE. The partnership, known as “LTSE Listings on IEX,”will provide a specialized set of listing standards for companies looking to go public while making a commitment to long-term value creation,” reported Bloomberg. Until LTSE is approved to be an exchange, companies can get an LTSE listing standard on IEX, whose exchange is aligned with the idea of protecting investors from short-term predatory strategies as well as providing corporate issuers with a safe environment for trading their shares.

While US equity market structure is already complex, each ATS and exchange operator feels there is room in the market for innovation. Luminex’s Clark points out that when he was a buy-side trader, there were 50 dark pools operating, but some have closed their ATSs.  “So now there are sub-40, and so there’s been some consolidation in that arena,” said Clark.

According to Imperative’s Ginis, “The number of venues doesn’t really matter as much since they are all connected to each other. “Everyone builds just one book,” he said.  If he makes a decision to buy or sell stock and an order is routed via smart order router to Nasdaq or Arca, “it goes down one pipe to wherever I want to go.”

At the same time, major exchanges are floating the idea of launching more matching engines to differentiate their offerings.  As reported, Cboe Global Markets suggested it would light up medallions to increase its revenues if the regulators impose price controls on access fees and rebates. Also, Intercontinental Exchange (ICE), the owner of the NYSE, is expected to bring its fourth exchange, NYSE National, live in May, and ICE also agreed to acquire the Chicago Stock Exchange for a reported $70 million, reported S&P Global Market Intelligence.

Alluding to this trend, Clark said, “I know that exchanges have been buying up different medallions. That’s innovation,” he said.  “If you want to take a small venue and give it a go, Why not?  “I think innovation is what’s driving the market structure today. I don’t think it’s broken.”