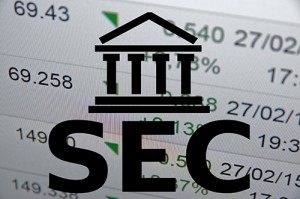 Trading in securities of some small cap companies will change next May when the industry is scheduled to implement the tick-size pilot widening spreads for more than 1,000 stocks. But like Y2K, Reg NMS and other regulatory projects, the technology changes are not trivial and they will impact the securities industry in terms of time and resources. 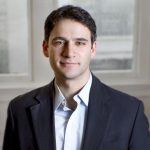 The pilot will require participants to collect market quality statistics, data on specific orders and profitability data on market makers. In addition, front-end trading platforms and market centers must write software code to ensure that order entry is in compliance with the new quoting and trading increments. “There are different coding changes. It’s going to be widespread and it’s going to be impactful,” says Spencer Mindlin, analyst at Aite Group.

It will be the job of trading software firms, brokers and exchanges to ensure that firms adhere to the quoting and execution rules for each test group. Some participants expressed concern that any tweaks to an already complex market structure could introduce operational risk and will require testing. What if a firm forgets to upgrade old code and this results in a barrage of orders being sent to an exchange?

The SEC approved the Tick Pilot on May 6, 2015 to assess the impact of wider tick sizes on liquidity and market quality of small cap stocks. Approval came after a lengthy comment period in which market participants submitted 77 comment letters. Debating the pros and cons of the plan to widen the minimum price increment from a penny to five cents, market participants criticized the tick pilot plan for its complexity and cost of implementation. Many market participants felt there was not enough cost benefit analysis done to justify the efforts.

“The controversy centers on what happens if certain participants choose to opt out of coverage of those symbols covered by the tick-size program. Market makers could say, “We‘re not going to participate in these names. We don’t want to be bothered with all the overhead. That is one concern,” comments Mindlin. “The second concern is that there’s a real dollar cost associated with implementing whatever is required to comply with the tick size program,” says Mindlin. One result is that because of the cost of implementing pilot programs, they often become permanent, “he says.

The premise behind the Tick Pilot is that wider spreads will allow market makers to earn more money every time they buy or sell a small cap stock. This, in theory, would motivate them to make markets in small cap names, underwrite more IPOs, fund more research coverage, all of which, in theory, lead to more listings by issuers, and improve capital formation.

But some industry professionals maintain the logic is flawed, and that wider spreads will raise costs for investors and that market makers today do not provide research.

The SEC’s own Subcommittee on Market Structure of the Investor Advisory Committee on decimalization and tick sizes in 2013 recommended that the SEC not reverse its decimal pricing policy. “That includes not engaging in “tests” or “pilot” programs,” wrote the subcommittee.  “There is no evidence that if a larger tick size were adopted., any  resulting increase in revenues for market makers would be used to support research or  provide enhanced liquidity which would benefit capital formation,” wrote the subcommittee. Among the factors it cited were harm to retail investors.

“Many leading quantitative trading firms rely on their trading and technical acumen, and do not publish research on securities,” said Greg Ludvik, Director, OMS & Business Development at FlexTrade. “While a wider tick size should boost profitability for market makers in these securities, it does not necessarily follow that the provision of fundamental research will increase as a result.” In response to industry feedback, the SEC lengthened the pilot period to two years rather than one, reduced the definition of small cap securities from $5 billion to $3 billion, and decreased the size of a block transaction eligible for the exception. It also removed the venue restriction from the Trade-At component.

Now that the tick pilot has been approved, firms are bracing for the next bump in the road. The tick pilot will impact the industry in terms of requiring data reporting and changes to systems and order routing.

On June 25, the Securities Traders Association (STA), the main trade group for brokers, hosted an open call to ensure the industry is aware of the deadline. An operating committee formed by the four main exchange groups and FINRA is developing an FAQ that will spell out the data collection requirements for Tick Pilot securities. According to the Intercontinental Exchange’s Brendon Weiss, who is chairman of the SRO Tick Size Operating Committee, Nov. 6 is the first milestone mandated by the SEC when everybody has to start collecting the data.

The operating committee is also gathering input from non-SROs, including a large market maker, a clearing bank, and a vendor to ensure that it understands each party’s needs. Weiss told listeners that the FAQ would be released in the next few weeks. There will be other FAQs pertaining to the trading functionality, but that will be Step Two, said Weiss.

According to Weiss, the data collection required under the Tick Pilot program is more extensive than current 605 reporting requirements and covers entities that are not currently covered by Rule 605.

Most brokers will be submitting the data to FINRA, according to the STA call. Some data will be aggregated and made available to the public, while other data will be kept proprietary and used by the SEC.

STA President Jim Toes noted that there are a lot of firms that are accustomed to collecting data, but there are some firms for whom this is not in their DNA and may require a new workflow. Exchanges, alternative trading venues and market makers already provide data for SEC Rules 605 about order execution and order routing practices.

Weiss said there’s nothing in the plan that prohibits a firm from outsourcing the data collection requirements to vendors. Having the vendors involved early on in the process will be helpful, he says.

But is the extensive data collection going to result in more liquidity for small cap stocks, IPOs and jobs?

Meanwhile, the Tick Size Plan includes thirteen exceptions to the Trade-At Prohibition when trading centers are allowed to trade an order at a protected quotation or price match.

Citing concerns about complexity and cost, several commenters objected to the inclusion of the Trade-At Prohibition in test group three, which could lead market makers to abandon the pilot and perhaps distort the results.

The SEC maintains that while the Trade-At Prohibition would require system changes by trading centers to monitor protected quotations on other venues, those trading centers would be able to leverage existing compliance systems that monitor venues for Reg NMS Rule 611.

However, according to SIFMA’s tick size panel, the same systems cannot be used. “You cannot use the code base and you cannot use the same surveillance. That is massively expensive,” said Jamie Selway, managing director, Electronic Brokerage, at ITG who moderated the panel.

The most controversial aspect of the Tick Pilot has been the inclusion of the Trade-At Prohibition, viewed as a “stealth” attempt to help the U.S. exchanges capture market share back from dark pools. Off-exchange platforms including dark pools have handled a daily average of 34 percent of U.S. stock trading in 2015, according to data compiled by Bloomberg.

“What is more significant is that the trade-at element will now be tested by the Commission,” observed James Brigagliano, partner at Sidney Austin LLP, who spoke on the tick size panel at SIFMA Equity Market Structure Conference in May.  “The Commission has always been interested in the balance between light vs. dark liquidity. Obviously exchanges have been concerned about lost liquidity,” he added.

Others have expressed the view that Trade-At should be tested on highly liquid stocks at the current trading increment, since there is nothing that links the Trade-At rule to small cap stocks.

In addition, new functionality will be needed to conform to the SEC’s requirements.

For securities covered in the tick pilot’s third test group, a new intermarket sweep order – the Trade-At ISO – will be required for anyone that routes customer orders to dark pools. The new Trade-At ISO “notifies a dark pool that it can fill an order because the broker has already routed against protected (displayed) orders at an exchange,” explains Ludvik, “This is designed to help regulators understand whether market quality will be improved if displayed orders always trade ahead of undisplayed orders, but will require system changes for most market participants, along with monitoring reports to prove compliance with the rule.”

Additionally, the tick pilot mandates microsecond-level data-reporting requirement from market makers (or trade centers), which firms will need to support. As a result, some industry participants have described the tick pilot as a kind of Reg NMS Part 2, notes Ludvik.

Others have referred to the Trade- At rule as the Trade-Through Rule on steroids, again referring to Rule 611 in Reg NMS, which requires firms to route orders to the venue displaying the best price.

After all is said and done, the real issue will be the value of the data.  Here again, skeptics are worried about the statistical validity of the tick pilot design, and the quant skills of the SEC to analyze the data.

“It would be desirable from a statistical analysis perspective to cycle all stocks through the three test groups. Doing so helps eliminate results reflective more of the stock than the test criterion,” comments Max Palmer, head of analytics at FlexTrade.

Sell-side panelists at the SIFMA Equity Market Structure Conference expressed similar concerns on the tick pilot panel. “There‘s no good way to find out if the data at the end of three years is going to be meaningful,” commented David Weisberger, managing director at RegOne Solutions on SIFMA’s panel.

One brokerage executive who spoke at the SIFMA Equity Market Structure panel, noted that the 13 exemptions in bucket three could impact behavior. “If there is more liquidity in the third group, it will be difficult to tell if that is because of the trading increment, or because of the exceptions that moved volume in the way you want it to.”

Considering its complexity and the law of unintended consequences, it remains to be seen how the tick pilot will turn out. Some critics suggest that the SEC has failed to explain the measurement criteria it will use to evaluate the pilot’s effectiveness. This, in turn, gives the SEC huge latitude to interpret the pilot data regardless of the results.

In three years, the tick size pilot could have had a positive impact on liquidity for small cap stocks, and lead to more lPOs and listings, which should please everyone. Alternatively, the results could be uncertain, leading many market participants to question the point of the data- driven exercise.

FlexTrade Insights Blog
Comments are off for this post.
The fixed-income trading space has exploded with innovation from electronic trading protocols to new pricing services. In recent years,...