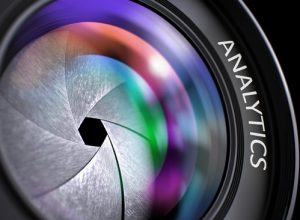 It’s no secret that institutional traders are utilizing transaction cost analysis (TCA) for equities trading as a tool for measuring execution quality and reducing slippage against trading benchmarks.

While TCA first emerged on equities trading desks as a “check–the-box” compliance function, the tool is now pervasive on equity trading desks.

Seventy-nine percent of institutional traders utilized TCA in their investment process in 2015, up from 78% the prior year, according to a Greenwich Associates report discussed on a March 3rd webinar. For larger institutions, the TCA usage numbers are closer to 100%, said Greenwich research consultants.

Seventy-four percent of the respondents said they use TCA for post-trade analysis to examine trader and trade effectiveness against a benchmark.

Now that TCA has matured in equities, the question is where is TCA moving next?

TCA’s focus in equities is shifting to venue analysis, according to Richard Johnson, Vice President in the Market Structure and Technology practice at Greenwich Associates, who discussed the firm’s latest research.

The focus of equities TCA is shifting to venue analysis. “The No. 1 tool that buy-side TCA’s traders said was lacking in TCA packages was venue analysis,” said Johnson, noting that this was the view of 40 percent of buy-side traders surveyed.

With 12 exchanges and more than 36 dark pools to navigate, buy-side firms are realizing that where they route their orders can influence the outcome of their executions. Forty-five percent who use venue specific analysis have changed their order handling practices, noted Johnson.

“You find words such as “adverse selection” and “information leakage” used with respect to venue analysis, but that is really not what the buy-side is looking at now,” said Johnson. Sixty-four percent of traders use venue analysis for execution quality, while 30% look at fill rates, and 20% find it useful for toxicity.“With respect to execution quality, they are comparing the fills from one venue to all other execution venues in the marketplace at or around the time of that trade,” he explained. “That is the most practical benchmark now for measuring a venue’s execution quality,” he added.

Secondly, buy-side traders are using fill rates to analyze the venues. The turning point occurred in March of 2014 when the “Flash Boys” book raised concerns about how orders were routed. The issue was whether high frequency traders with cross connections in data centers could see their orders coming, and might pull their quotes, resulting in lower fill rates, noted Johnson.

“Now buy-side traders understand that the quality of their executions is heavily influenced by the venues they’re connected to,” said the analyst.

Post-trade is still the “bread and butter” of equities TCA, where people look at slippage analysis against a benchmark such as volume weighted-average-price (VWAP) or implementation shortfall. Pre-trade estimates are not used as much because the impact estimates can vary as much as 25 basis points for a low of 10 or a high of 40, noted Johnson.

Traders will use pre-trade TCA more at a portfolio level on a basket of 30, 50 or 100 stocks where the variance decreases with that larger number of securities in the portfolio.  “I think that pre-trade is really only applicable for basket trades and portfolio-type trades and not trades on a single-stock basis, which is why you see much lower usage there,” explained Johnson.

Moving beyond equities, TCA has been gaining traction in foreign exchange and fixed income as these markets continue migrating to electronic trading platforms. Economic and regulatory forces, such as central clearing and MiFID II, are creating the demand for more transparency in OTC products, according to Greenwich research. However, unlike equities, where 100% of trades use it, usage rates drop sharply in other asset classes. In April of 2015, Greenwich research reported that over one-third of fixed-income investors now use TCA as part of their trading process, up from 19% just two years earlier.  (An interesting data point is that less than half the people in fixed income use TCA for pre-trade.)

“Post-trade is still the dominant use of TCA and analytics in the bond market. But increasingly we’re seeing more and more adoption at the pre-trade level,” said Kevin McPartland, head of market structure and technology research at Greenwich Associates on a separate March 23 webinar updating trends in electronic fixed- income trading.

Clearly, TCA has a lot of growth potential in FX and fixed income on the buy-side, but has barely reached infancy in terms of buy-side penetration. Based on Greenwich’s February 2016 Trade Optimization Study, 100% of the buy-side utilize TCA in equities, 26% in FX, 9% in corporate bonds, 8% in government bonds, 6% in futures, 3% in options and only 2% in swaps.

But with so many new electronic bond trading venues now entering the market, “firms are still trying to wrap their heads around how to do TCA,” said McPartland.

Looking ahead to growth rates, McPartland told Markets Media in April 2015 that he expects TCA usage by fixed income investors to grow similar to that of foreign exchange, predicting that about half of buy-side firms would be using TCA for FX and fixed income within two years.  That’s more than double the usage reported in 2011, when a Greenwich survey of institutions across the globe found that almost a quarter of participants used TCA in fixed income while a similar share employed TCA in FX trading.

For a complete review of your firm’s TCA requirements and a demonstration of FlexTrade’s FlexTCA, please contact us at sales@flextrade.com.

Homepage Spotlight, News, Press Releases
Comments are off for this post.
FlexTrade and IHS Markit collaborate to deliver an efficient and improved user experience for clients GREAT NECK, NY, 28...

FlexAdvantage Blog
Comments are off for this post.
By Ivy Schmerken Senior buy-side traders offered differing views on the definition of high-touch and low-touch trading in foreign...