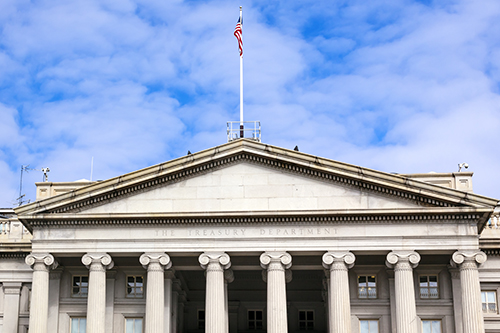 With so many traders working from home, the pandemic is said to have accelerated the shift to electronic trading in U.S. Treasury bonds.  Now industry leaders are debating the future of trading protocols in the world’s largest and most liquid market.

On a recent industry webinar, bond experts said that supporting multiple trading protocols is key to boosting liquidity on US Treasury trading platforms and it’s no longer an either/or choice.

Fixed-income market participants said that multiple protocols including request-for-quote and streaming liquidity from dealers need to be integrated into the buy-side trader’s workflow.  However, the buy side still wants access to central limit order books (CLOBs) such as BrokerTec and Nasdaq Fixed Income (formerly eSpeed), as well as all-to-all trading, which may depend on whether central clearing develops in the future, according to panelists on the October webinar, “Market Structure Update: U.S. Treasury Trading” hosted by Greenwich Associates.

Despite the “stickiness” of the traditional RFQ protocol during the COVID-19 crisis, panelists predicted the future is about streaming quotes directly to their buy-side clients, either on a disclosed or anonymous basis.

With advances in application programming interfaces (APIs), bilateral streaming liquidity has gained traction on the buy side, though more slowly than some market participants would like, according to the Greenwich webinar. 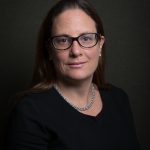 “We’re fairly confident that we’re going to be seeing success and future growth of streaming protocols. There are just too many benefits to streaming that can’t be ignored by the buy side as it’s been embraced in the dealer-to–dealer community,” said Nichola Hunter, Head of Rates for MarketAxess, who spoke on the webinar. Among the advantages is that streaming enables liquidity providers to offer firm prices whereas RFQ provides an indicative price.

The boom in electronic bond trading comes as many traders are working from home and need access to data sources and connectivity to liquidity sources.

When US Treasury markets exploded with historic volatility in March and April, many traders working from home shifted to virtual trading. “It was the first big test of electronic bond trading since the credit crisis in 2008,” said Kevin McPartland, Head of Market Structure and Technology Research at Greenwich Associates, on the webinar, noting that “the market structure held up.”

In March, electronically traded Treasury bonds hit a record average daily volume of $540 billion, 25% higher than March of 2019, according to a Greenwich report on U.S. capital markets performance during COVID: Fixed Income.

Banks saw spreads widen out by tenfold and liquidity drop across the off-the-runs. Despite demand for voice trading in a crisis, one bank saw volumes increase by 150% across its dealer-to-customer platforms, and that was partly driven by dealers using auto-quoting.

However, during the market meltdown, large dealers witnessed an increase in the RFQ side, and “flattening out” on the streaming side. “One of the reasons is that clients having to use one system for on-the-runs perhaps vs. another system for everything else like  bills, TIPs (Treasury Inflation Protection Securities), and the rest of the universe doesn’t work from a client perspective,” said Jamie Mortimore, Executive Director, J.P. Morgan Chase & Co.

“The integration of streaming into traditional workflows or a much broader range of products such as bills, TIPS into the ecosystem is probably what’s needed, and should contribute to continued growth on the streaming side,” said Mortimore.

Another factor behind the appeal of streaming is that many asset managers need to show best execution, and need to put dealers in competition, and that is best served through third-party platforms aggregating  streams, added Mortimore.

On the dealer-to-customer side, banks can set up a stream and tailor liquidity to a specific client that makes sense for its individual flow, said Mortimore. On the dealer-to-dealer side, banks are quoting to the common denominator and it’s harder to differentiate pricing streaming for their clients. “For these reasons, D2D venues are used for dealer hedging, and then the streaming and RFQ sides are where we interact with client,” he explained.

Different protocols are of interest to the buy side, but asset managers want them to be integrated into their workflow.

Michael O’ Brien, Head of Global Trading at Eaton Vance, said he wants to give traders “as many tools — streams, RFQs, central order books — and then let them decide on a -trade-by-trade basis. This isn’t one (protocol) versus another,” said O’Brien.

But at this time, O’Brien said the difference between the RFQ protocol and streams is not that significant in that “one is on demand and one is on request.” He explained that for the mainstream or 80% of asset managers, the technology is not there yet. But execution management systems and order management systems are moving in that direction. “It’s coming rapidly, but I don’t think it’s there yet.”

Hunter suggested that streaming liquidity is more of an evolution than a revolution, and that technology is key to its adoption. “The biggest barrier to speed of integrating streams is workflow integration,” said Hunter. “If the various venues out there get that right and work with the OMSs, then the benefits of streams can be realized in conjunction with RFQs,” said Hunter.

From a market structure standpoint, panelists also expect that the technologies of the dealer-to-dealer (D2D) market could blend into the dealer-to-client market. While this hasn’t happened in other fixed-income asset classes, O’Brien suggested that Treasury bonds would be the “logical place for it to happen.”

While there are barriers to entry for the buy side, one non-bank liquidity provider cited the potential for D2D and D2C market segments to merge.

“The D2D and D2C venues are very segmented,” said Troy Kane, head of Global Derivatives and FICC Development at Citadel Securities. “CLOBs have been in the D2D model. The RFQ, streams, and voice have been in the D2C model,” said Kane.

“I think there’s definitely has been demand for merge them. As the buy side gets more sophisticated in their execution, and they want to do more electronically and they want to aggregate more flow, it’s just a matter of time,” said Kane.

The protocols are also blending through the integration of pricing data and electronic trading. For example, JPMorgan’s Mortimore noted that an RFQ sent by a buy-side firm would look at the streaming prices before it goes to dealers. “So, there is interaction already and from the client’s perspective, you don’t have to worry about having two interfaces,” said Mortimore.

However, the buy side is still not able to access the largest central limit order books (CLOBs) directly. The two main inter-dealer D2D venues for Treasury trading, BrokerTec and Nasdaq Fixed Income (eSpeed) historically have not been accessible to traditional asset managers. Asset managers must go through a clearing member of the Fixed Income Clearing Corp. (FICC) to get access to venues that are centrally cleared. Some suggest that the bifurcation of clearing and settlement between the D2D venues that are centrally cleared via the FICC and the D2C venues that are bilaterally cleared, needs to be resolved.

To learn more about growth of streaming liquidity in U.S. Treasuries and the challenges around central clearing, read our previous blog “Treasury Trading Evolved with Bilateral Streaming.”

“The buy side ultimately would like to have (central) clearing in Treasuries, and it will make it cleaner facing a wider range of counterparties in search of best execution,” said O’Brien. Down the line, having central clearing could enable the platforms to evolve into all-to-all trading, he said. Education is important since the buy side may not realize that liquidity providers are not only the top 10 or 15 banks and that non-bank liquidity providers look different today.  But central clearing will make it smoother to interact with all of them, he said.

Another trend has been the mergers and acquisitions of exchanges and bond trading platforms, and joint ventures between fintech companies and fixed-income venues.

Exchanges have been acquiring fixed-income venues over the past few years, which is also driving the consolidation of liquidity pools and e-trading protocols.  For example, CME acquired BrokerTec, the largest dealer-to-dealer central limit order book for US Treasury trading, as part of its purchase of NEX Group in 2018.

Some of the recent acquisitions and joint ventures are leading to the convergence of credit and rates markets.  When MarketAxess acquired LiquidityEdge in November of 2019, it gained a dealer-to-dealer platform with streaming capability for on-the-run and off-the-run U.S. treasuries. “One of the key drivers of MarketAxess’s acquisition was driving efficiencies with corporate hedging creating the logical complementary product between rates and credit,” said Hunter on the panel.

Greenwich’s McPartland pointed to Nasdaq’s joint venture with Trumid to develop a real-time US Treasury hedging solution for corporate bonds  as another example of innovation in the credit and rates space.  At the same time, Tradeweb, which runs venues for US Treasury trading, went public last year, has been pushing into the credit space with portfolio trading.

“As venues merge and acquire one another, they can innovate, where they have both models operating, they have the best chance of bringing them together and really providing a service to the markets that will work well for their participants,” commented Citadel Securities’ Kane.

Agreeing that the merger of credit and rates markets was long overdue, panelists welcomed mergers and acquisitions that led to synergies. “With the acquisitions that are going on, we are encouraged by efficiencies that can be brought to market using a broader scope of product base, using similar protocols, using universal platforms. Easier ways to provide liquidity in multiple fashions are all positives for the long term,” said Mortimore.

Meanwhile, the buy-side panelist, while supportive of innovation, cautioned against developments that lead to fragmentation across more venues that are offering the same thing.

“Platforms don’t provide liquidity; LPs provide the liquidity, and if you divide it up among 10 platforms or five, it’s still the same liquidity pool,” said O’ Brien of Eaton Vance.

Looking to the future, liquidity providers are planning to increase their coverage in terms of pricing more instruments and regions.  JP Morgan is working on providing a price for the entire rates securities universe, including off-the-runs and emerging markets. The bank is also looking at integrating a lot of the algo trading capabilities from its FX franchise into rates and expects to see traction on that within 2021.

Ultimately, ease of access and workflow integration could help determine which protocols attract the most volume and liquidity. “We need to make it easy as possible for clients to access the best liquidity pools whether they are delivered by streams or RFQ or any other protocol. It’s not an either or for us,” said Hunter.