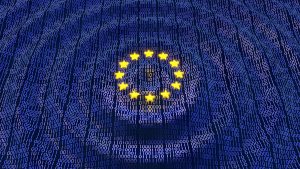 In a post-mortem webinar, MiFID II Trading Technology Requirements:  What Worked and What Hasn’t?, hosted by UK-based A-Team Group, market participants cited the rise of systematic internalizers or SIs as one of the main consequences of MIFID II.

Buy-and sell-side firms have spent the last two months getting familiar with the SI regime and adapting to pre- and post-trade transparency obligations. But firms are sometimes not sure if the counterparty is an SI, and in a few cases, have reported the same trade twice.

Because MiFID II prohibits trading on broker crossing networks, panelists said they expect volume to move to exchanges and SIs run by banks as well as HFTs or electronic liquidity providers (ELPs).

“The shift was well telegraphed by the equity markets, as the market saw most of the broker crossing networks (BCNs) shut down throughout December. Then there was a move instantaneously over to systematic internalizers, said Ben Stephens, managing director, head of business development at Instinet Europe.

However, Stephens raised concerns about the growth of bilateral trading through SIs and via banks when the main point of MiFID II was to increase trading on lit exchanges.   The ability of SIs to offer bilateral trading is a function of the increasing processing power of computers. “It’s entirely up to a firm if they want to register as a systematic internalizer and offer their software to trade as a principal on a bilateral basis,” said Stephens.

Another major trend has been the surge in block trading. “The net result is that a lot of trading volume has moved to venues that offer Large in Scale trading,” said Instinet’s Stephens on the webinar.  This trend started in the middle of last year and has accelerated, he observed.  “And that coincides with a real desire by the buy side to get larger blocks done,” said Stephens.

Platforms like Turquoise Plato Discovery, CBOE LIS (formerly BATS LIS) and Liquidnet, have seen their volumes rise as the buy side seeks to trade over the LIS size.

Dark pools that don’t trade above Large in Scale trading have seen their volumes decline by a third, according to Instinet’s Stephens.

MiFID was off to a “soft start” because ESMA temporarily delayed the curbs on dark pool trading. But with the launch of double volume caps, MiFID II “has a harder edge to it,” said Mark Pumfrey, Liquidnet’s head of EMEA in an interview with TRADE TV.

Under the “double volume caps” or DVC rules, stocks can trade up to 8% of their overall volume in the dark, and up to 4% on each dark pool.

The delay in the dark pool caps by ESMA was largely due to data quality and completeness, but it’s important to look at trade reporting to make sure there is accurate data to create the metrics for double volume caps, said Thomas Kennedy, Head of Analytic Services, Thomson Reuters on the webinar.

However, with the dark volume caps going into effect on March 12, hundreds of stocks are facing curbs on their ability to be traded on dark venues for the next six months.   There are 753 stocks impacted by the double volume caps, including big names such as Barclays Plc, Unilever PLC, and Nestle SA, reported Bloomberg in MiFID Dark-Pool Caps Curb Trading in Hundreds of Stocks.

The majority of the names affected were in the FTSE 100 index, though some indices were less affected than others. For example, the DAX index had a smaller number of names, noted Instinet’s Stephens.

“From a technical point of view, it’s actually quite a challenge to implement all of the dark volume caps effectively and accurately across all of the venues,” said Stephens.

The ESMA data has shown capping on markets that were not expected, said Instinet’s Stephens. For example, people will see dark capping on the Paris Stock Exchange or London Exchange, which is all related to negotiated trading that used to go on via those platforms.  It’s worth noting that negotiated trading is capped as well, he added.  Partial caps also exist: there were 17 in the January data— in that some stocks were only capped on one venue and not across the entire industry, he said.

“The big change is around the configuration of dark MTF trading, which was about 8.5% -9% and now is around 5% since the double volume caps went into effect,” said Liquidnet’s Pumfrey on TRADE TV.  Commenting only three days after the DVCs went in to effect, Pumfrey said volume that is below large-in-size is moving away from the dark, and the proportion that is being done above LIS has increased from a third to 45%.

Expectations are that the double volume caps will play out over time. For now, the industry has had two responses: trade more on the SI regime, and the other one is that regulated markets or exchanges will come up with more innovative trading products for their clients.

Some of the unintended consequences of MiFID II are that many systematic internalizers are providing bilateral trading and liquidity off of lit markets. “Because of the dark pool regime, firms like Sun Trading and Citadel Securities have found some workarounds to offer that type of trading,” said Kennedy.

Currently the industry has seen about 10 firms register as SIs, but it’s anticipated that 40 will register, and about another 60 will figure out they are an SI based on their trading activity, said Kennedy.

To keep their trades hidden, traders can deal with “massive blocks of stock,” which qualify for an exemption from trade reporting or use the SIs. Or they can use periodic auctions, which hide orders until there is enough for a trade. Exchanges are expected to launch more periodic auctions. A periodic auction from CBOE Europe (formerly BATS Europe), has gained traction, “increasing to half a billion dollars from close to nothing years ago,” said Instinet’s Stephens.

As the post-MiFID trading landscape continues to evolve, one of the big questions for regulators will be whether MiFID II has achieved the transparency objectives of pushing more flows onto exchanges. Even in the early innings of the regulation’s rollout, open and fair access to venues for members seems to be working, according to Stephens. “One of the key objectives is to bring trading on venue, and to ensure that those venues are open to all.”

Insights
Comments are off for this post.
Equity market participants are learning about new exchanges, order types, and periodic auctions bringing innovation and competition to the...