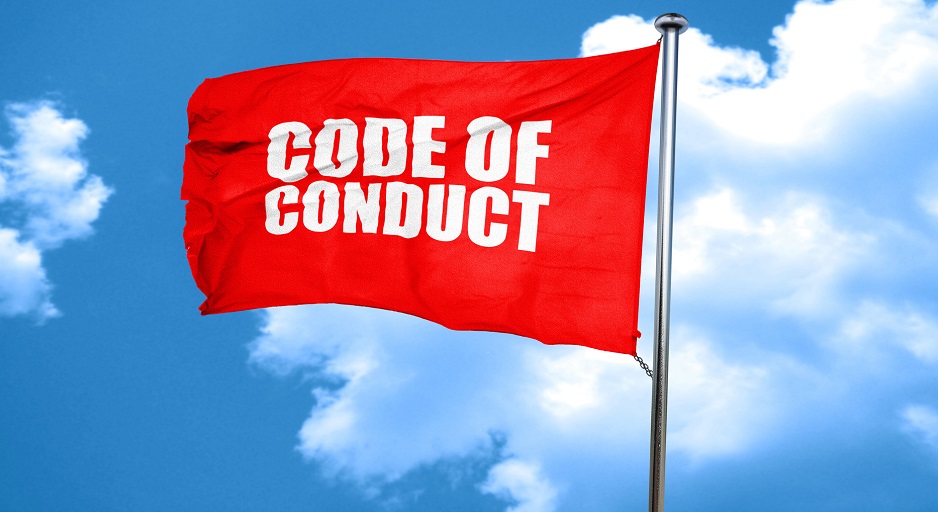 Over 200 market participants have signed the FX Global Code of Conduct, a voluntary set of principles published a year ago to restore trust and curb bad behavior in the wholesale foreign exchange market.

Citing a rapid increase in the number of signatories from every corner of the foreign exchange markets, the Foreign Exchange Professionals Association (FXPA) held a webinar on May 30 to discuss the status of the FX Global Code on the one-year anniversary of its publication.

“Market practitioners truly [are] embedding the code into their day-to-day practices of how they run their business,” said David Puth, CEO of CLS Bank International and Vice-Chair of the Global Foreign Exchange Committee (GFXC).

Consultants and other entities are working with market participants to ensure they understand the code and how it apples to their businesses, noted Puth.

Upon publication of the code on May 25, 2017, the Global FX Committee (GFXC) was formed and is responsible for administering the code and future developments. Comprised of central banks and private sector participants representing FX committees from 16 international FX trading centers, the body is on a mission to sign up as many foreign exchange market participants as possible

The purpose of the code is to enhance the ethics, governance, and fairness in the $5.1 trillion-a-day foreign exchange market, which is highly automated, but has been historically unregulated.

“This umbrella code and principles-based code was really designed to create a framework for doing the right thing,” said Lisa Shemie, Chief Legal Officer, Cboe FX and Cboe SEF, who spoke as a member of the board of directors of the FXPA.

While citing significant progress in the numbers of signatories that have pledged adherence, the FX Global Code is facing challenges over what it means to adhere to the global code, and how it applies to a diverse cross section of market participants, such as non-bank liquidity providers and proprietary trading firms, said FXPA officials.

In terms of adherence, an informal deadline of May 30, 2018 was set, but this has morphed into a less than voluntary deadline, said one speaker. Central banks are requiring large banks to adhere to the code so there is very little leeway for them not to. Electronic trading venues or ECNs are not subject to a regulatory body or an FX committee. They find it hard to justify why the code applies to them.

Adhering to the code — a set of 55 guidelines for good market practice — requires firms to sign a letter of commitment to be published on a public web site or on a public register for clients and counterparties to see.

On May 29, GFXC launched the Global Index of Public Registers to serve as a central reference point for market participants to demonstrate their commitment to the code. The Global Index will aggregate information from participating public registers and make it available in a single, convenient location, noted the release.

But the code is still facing pushback from many on the buy side over last look and pre-hedging — two controversial practices that alarm institutional users of the FX markets.

Many buy-side firms are not comfortable with the inclusion of last look and pre-hedging in the code.

Vanguard Group is among a list of dozen or so buy-side executives who say that misbehavior continues to persist in the $5.1 trillion-a-day FX market, according to Bloomberg in FX Abuses Persist Even After $10 billion in Fines, Traders Say. Misconduct is reportedly continuing despite the payment of $10 billion in fines by major banks and one trader going to jail. “I personally would have a tough time signing that document,” Vanguard Group’s Andy Maack said in an interview with Bloomberg. “It needs to go further,” said Vanguard’s executive pointing to practices of last look and pre-hedging, which are referred to as “front running.”

The topic is so important that the UK’s Investment Association (IA), representing UK investment managers who collectively manage more than £6.9 trillion ($9.6 trillion) for clients, released a position paper on last look.

Last Look is a practice whereby a market participant receiving a trade request has a final opportunity to accept or reject the request against its quoted price, according to IA.

One big concern is that if a bank or liquidity provider were to reject a trade request, then it can glean information from the client’s order.

“There are concerns that the use of last look provides dealers with a significant information advantage and disadvantages client execution,” stated IA’s position paper.

IA also stated that “Investors are concerned about the lack of transparency around the use of last look. Buy-side firms are often unclear as to when their individual trades have been rejected as a result of last look, and why last look has been applied. This makes it difficult to assess the impact of last look on execution,” wrote IA.

Banning last look could save the buy side anywhere from $2 to $50 for every million dollars traded, according to Bloomberg based on estimates from LMAX, a London trading venue that doesn’t permit the practice.

Despite calls for eliminating last look and pre-hedging, this is not likely to happen. “The aim of the Global Code is not and has never been to outlaw a commercial practice. The issue that we are discussing is not whether last look itself is good or bad,” stated Cboe’s Shemie on the webinar. “The code provides that both last look and pre-hedging are acceptable as long as they are done with fairness and transparency,” said Shemie.

Referring to “the elephant in the room,” FXPA leaders admitted that last look and pre-hedging are topics that have received the most attention from market participants. That’s why the committee sought to modify wording related to last look.

In May of 2017, the GFXC put out a request for feedback on last look practices. In December 2017, after the comments were reviewed, GFXC published revised last look guidance stating that market participants should not conduct trading activity that utilizes information from the client’s trade request during the last-look window.

But, according to the Bloomberg article, even after last look was amended last year, “it’s still misused.”

Meanwhile, the GFXC formed additional working groups to study wider market topics, including ‘cover-and-deal,’ disclosures and negative pre-hedging examples. Cover-and-deal was highlighted in the request for feedback on last look practices as a type of trading activity that took place during the last look window.

The question is will the ongoing concerns with last look and pre-hedging prevent a significant percentage of the buy side from signing up for the code?

Large asset managers, including UBS Wealth Management and State Street Global Advisors, have signed the code based on listings in the global public index.

A global provider of passive and dynamic currency overlay and agency currency execution, Russell Investments became a signatory of the code after taking a thorough review of its 55 principles and assessed the firm was compliant.

In the blog post, “We signed the FX Global Code. Why are other signatures missing?, Battye questions why other providers of foreign exchange services have not signed the code.

“In short, the Code provides those signing with a tangible way to express their support for global best practices and transparency in the foreign exchange marketplace,” he wrote.

But FXPA officials admit the FX Global Code is facing some challenges over what it means to adhere to the global code, and how it applies to a diverse set of market participants including banks, non-bank liquidity providers and electronic trading venues.

A total of 224 statements of commitment are listed in the global index register. About 85% of these are banks, 2% or fewer are non-banks and 4% are asset managers. “We clearly need to do more work as an industry in getting people to acknowledge that this applies to them and that they should issue a statement of commitment,” said Chip Lowry, senior managing director, State Street Global Markets, who is chairman of the FXPA.

Insights
No Comments
With the release of the FX Global Code for the wholesale foreign exchange market last month, the FX industry...

Insights
Comments are off for this post.
The debate over ‘last look’ in foreign exchange trading has resurfaced in 2016 as regulators continue to eye the...