Bringing It All Together: Application Interoperability for Traders 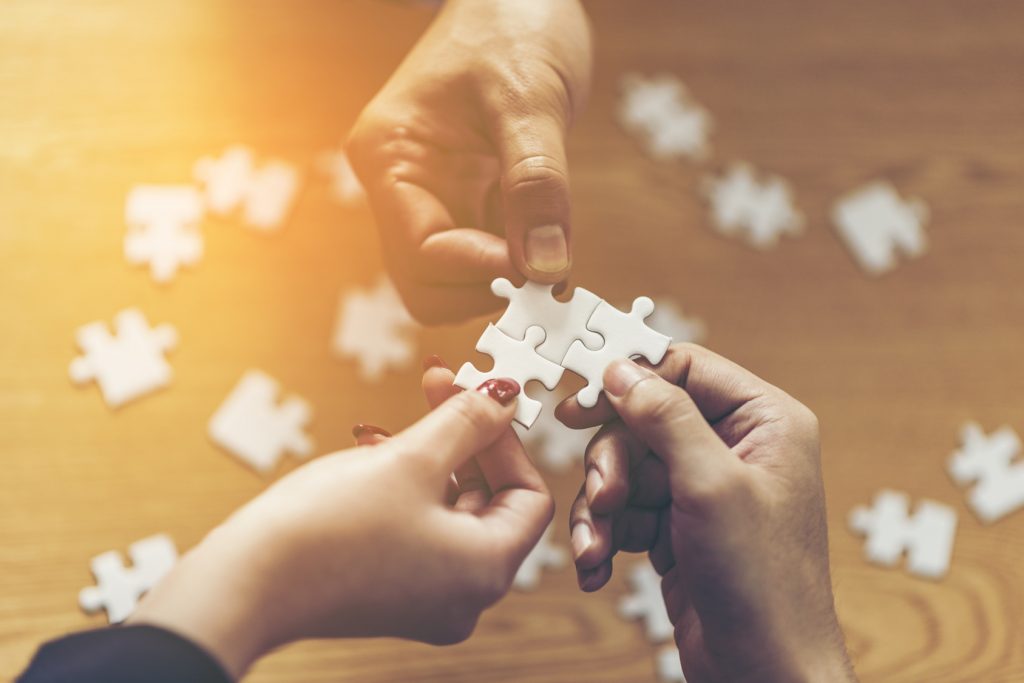 The proliferation of software applications on financial desktops is a sign of innovation in capital markets. It’s quite common for traders and portfolio managers to rely upon multiple applications as part of their complex workflows.

Financial users are often accessing multiple applications on the desktop, toggling between different windows, clicking on buttons to analyze earnings on a security, graph the yield curve or search for inventory.

But moving data from one third-party application to another is not always seamless and user interfaces (UIs) are typically different. 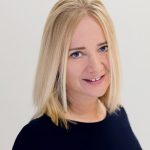 “When data has to be shared on the desktop we’re still relying on back-end integration. The tools for sharing information on the desktop have been clunky,” commented Monica Summerville, head of fintech research at Tabb Group on a March 20 webinar “The Last Mile of the Digital Transformation Journey.”

According to the webinar, billions of dollars have been spent on various integration initiatives, and yet the enterprise desktop is getting worse.

Investment banks have multiple different UI platforms. Some of those can be in Java, in .NET or some in the more recent past are on Java Script, HTML 5, etc.,” said Nikhil Singhvi, managing director at Credit Suisse, a speaker on the webinar.

“If the applications don’t seamlessly interact with each other and if the user needs to do a lot of work to copy the data from one to another to do their jobs, they are not as productive as they can be,” said Singhvi,  who is responsible for core trading platforms. Applications also may have different looks and feels due to the architectural differences, he noted.

At the same time, there is a shift from monolithic applications installed on servers to software as a service (SaaS), where users can subscribe to services rather than install a huge application. But this could have ramifications for the desktop as well. 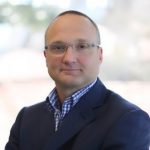 “Between 2018 and 2020, the number of SaaS applications on the typical desktop is going to more than double,” said James Wooster, chief operating officer at Glue42, on the webcast.  “In financial services, small task-oriented SaaS applications will take the place of the big monolithic applications that were perhaps developed inhouse. So, you [will] swap one legacy application and you get five new ones as well. That is making things worse for the desktop,” argued Wooster.

Now there’s a push to make the desktop emulate the user experience on mobile phones where Android and iOS apps are aware of one another and share data.

With the digital transformation of financial services from paper-based order tickets to web-based apps, coupled with a desire to make the user experience more productive and stickier, banks, brokers, and asset managers don’t want to be left behind.

“Users of financial desktops have personal lives they manage on their own computers and they’ve come to expect a level of interoperability between different windows on a mobile device and different windows on their personal desktop. And, they expect to be able to cut and paste different data sets without even thinking about it,” said Rob Underwood, SVP Director of the FinTech Open Source Foundation or FINOS, an independent governance body that is overseeing the FDC3 standard created by OpenFin.

Take a consumer who is using a mobile phone and puts an address into Google Maps, then the same address populates in Yelp and a list of restaurants pops up. Contrast this experience with that of a professional trader who needs to make decisions in microseconds or milliseconds, said Underwood. “She or he has to have all this information available instantaneously to make quick decisions and that toggling between windows can be a real problem,” said Underwood.

Companies are trying to make the user’s desktop experience more like that on mobile phones, where apps are aware of each other, said speakers on the webinar.

A new approach is emerging to solve the desktop interoperability challenge based on open source standards. That effort is driven by OpenFin, a fintech company that built an operating system (OS) for finance that functions similarly to the Android and iOS for cell phones. 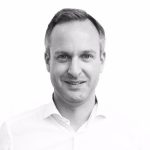 “An awful lot of what OpenFin OS provides is similar to iOS or Android on your mobile phone,” said Adam Toms, CEO of OpenFin Europe.

“The application itself is important, but it’s about how you create a workflow that is more fit for the digital age,” said Toms in an interview. The focus is “much more on how you unify all the applications for a user and make them more integrated into their workflow,” said Toms.

The standard was developed by fierce competitors in the banking industry and in technology, said Underwood on the webcast. Ultimately, it’s recognition that it’s to the benefit of customers and to the industry, he said.

“The FDC3 messaging protocol is a real pillar and cornerstone for what is going to make interoperability work on people’s desktops,” said Toms.

The messaging standard, which is backed by 70 firms, has gained so much traction that OpenFin contributed the project to FINOS in May of 2018.  “The industry is backing the standards and the whole industry should own it,” said Toms.

Key to its strategy is gaining market share on buy-side trading desks as third parties adopt the desktop interoperability standard.

“We partnered with OpenFin to make  context switches and data transfers between systems and applications easier,” said Andy Mahoney, head of sales for FlexTrade UK speaking at TradeTech 2019 in Paris.

On April 10, FlexTrade announced a partnership with OpenFin to allow its execution management system FlexTRADER, and its cloud-based trading system, FlexNOW, to seamlessly integrate third-party vendor applications already deployed on the OpenFin OS into their workflows. 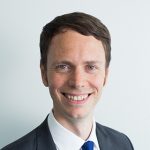 “Connecting with the interoperability bus from OpenFin allows the EMS user to both source normalized data and control other applications from within the trader’s day-to-day workflow without information leakage,” stated Mahoney.

For example, if a trader using the EMS clicks on Vodaphone in another application to check a quote, that information isn’t captured anywhere else, said Mahoney.

“With OpenFin’s interoperability layer, FlexTrade can write once to the OpenFin API and potentially interact with multiple third parties at a time without having to write directly to those APIs,” explained Mahoney. That serves as a more loosely coupled environment for data exchange in that everything hangs off the OpenFin bus, said Mahoney, adding this also applies to application control.

Some applications have been written in OpenFin so this allows FlexTrade to control how they interact directly from the EMS using the OpenFin bus.

“If a user wants to open windows in another application to stage an order or submit a request-for-quote into another platform, they are interacting with another system which wastes time,” said Mahoney. “It’s difficult to understand what a right click on one system may mean versus another, he explained.”

Among its other key features, OpenFin offers different widgets such as a centralized notifications app which hangs off the interoperability bus.

The idea is that FlexTrade can publish notifications to that bus, and any other application on Open Fin could also publish on to this central-notifications hub.

“Today, all the alerts on the EMS are within the application, and a second or third application is also generating alerts,” said Toms. “It is very disparate and fragmented with alerts and notifications settled in different places, including the users’ email inbox,” said Toms.  OpenFin allows the trader to pay attention to one area, customize the alerts between different vendors, and create a ‘call to action.’

If a trader receives an indication of interest (IOI) on an equity order, but is busy working a complex order, there could be a notification within OpenFin, and it will give the trader a button that hooks back to the EMS to highlight the order that the IOI is referring to, said Mahoney. “The source of data might not be from FlexTrade, but it allows interaction,” said Mahoney.

Instead of integrating directly to a data vendor, it’s possible to connect with any market data service enabled by the OpenFin bus, said Mahoney. “Having this normalization layer means anyone can kind of pop in and pop out an application like you do on your phone,” he said.

In terms of the broader context of how software is evolving, desktop interop is going to play a significant role in connecting core applications such as the EMS to other services. Mahoney said FlexTrade sees the EMS being delivered like a service with more standardized interfaces. “The EMS market should be competing on functionality and service, not on how difficult vendors  make it to integrate based on their commercial relationships,” he said.

Experts on the panel suggested that there will still be back-end integrations occurring through large vendors such as SAP, Software AG and Tibco. Others said they had nightmares from the early days of integration with proprietary middleware.

But there will be a lot more going on to connect the front-end with SaaS and with microservices. “Apps are becoming much more specialized with lots of startups, lots of new fintech and new tools being made available to users,” said Toms.

An app can be one component [or a widget], but it must be connected to other things to make the journey work, he said. 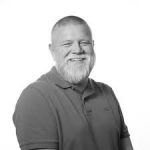 The number of apps on the desktop is not necessarily a bad thing, said David Lattimore-Gay, partner and CTO at Eikos Partners, a software advisory and system integration boutique on the webcast. “I think it’s actually a very good thing if structured the right way,” said Lattimore-Gay. “You are dealing with applications which service specific purposes,” he said. Someone viewing a portfolio in one application that needs market data doesn’t have to get it from the same application. It can be serviced by a micro application, a small, very specific application that serves a single purpose,” he said.

Nevertheless, the proliferation of apps on the desktop will reinforce the need for standards. “The emergence of universal standards is absolutely critical to the desktop,” said Glue42’s Wooster.

Everyone agreed that for applications to talk to one another a neutral language approach is needed.

“The FDC3 standard to allow the communications is nascent. It’s only about 16 months old so you’re really at the beginning of this transformational journey,” said Toms.

A Look into Futures with FlexTrade’s Marco Bianchi

News, Press Releases
Comments are off for this post.
Responds to buy-side call for more efficient workflows and access to insightful data; delivers application interoperability and a more...

FlexTrade Insights Blog
Comments are off for this post.
At times like these, two major factors come into play:  first, your trading technology’s ability to process and manage...

Events
Comments are off for this post.
FlexTrade to exhibit and participate in roundtable sessions at Fixed Income Leaders Summit in Barcelona, visit us & learn...