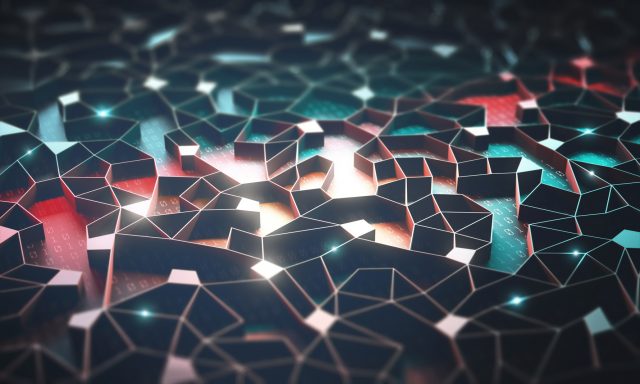 Demand for alternative data has heated up among fundamental asset managers as they search for new signals and sources of alpha for picking stocks in the COVID economy.

Behavioral shifts sparked by the disruptions of the global pandemic have motivated both buy-and sell-side firms to ask questions about alternative data, according to panelists on a recent webinar.

When the COVID-19 outbreak erupted in March, many long/short hedge funds turned to non-traditional data to interpret the impact of shutdowns on industries such as airlines, hotels,  cruise lines, and restaurants. HFM Technology reported a spike in requests for certain types of alternative data, especially freight, flight, and payment data, which proved to be the most popular, according to consultancy Neudata.

Mining alternative data sets has been a trend for quantitative asset managers, but in the past few years, the proliferation of data and analytic tools has gone mainstream.

With everyone seeking up-to-the minute data, analysts and investment managers utilized foot traffic from geolocation data to quantify retail sales and disruptions to the global supply chain. But the pandemic called for new types of data.

Data from airline security checks, subway turnstiles, and mobile mapping apps was tapped to measure a decline or increase in activity during the pandemic or get a sense of whether a resurgence in cases could interfere with economies reopening.

Daryl Smith, Neudata’s Head of Research, who spoke on the Crux Informatics Summit: Fall 2020, cited interest in trade flow data – “knowing how ships are moving around, what specific commodity a ship is containing and where it’s going, and then mapping that to a ticker.” Neudata also saw a major renaissance in geolocation data to track where people are showing up in regions where lockdowns are underway or lockdowns are being lifted and mapping that to specific stocks, he said.

Though alternative data has been around for a decade, demand has been amplified in the last nine months in response to COVID, noted Hinesh Kalian, Director of Data Science, Man Group, speaking on a virtual panel in November about the increasing demand for alternative in the COVID-age at the Crux Informatics virtual event.

“When there is market volatility, investment managers will tend to seek information which is timely and accurate whether for risk management purposes or for investment management,” said Kalian. “Traditional market data is beneficial, but it can be priced in quickly, and alternative data has characteristics of being raw, unique, and timely, and that does drive demand,” he said.

Since launching its own data science group in January, Man Group, the world’s largest publicly traded hedge fund with $113 billion in assets under management, has been evaluating 50-plus vendors per quarter, indicating that a portion of that data is making its way into client portfolios. Man Group’s investment engines span quant investing, discretionary investment, fund of funds, and private markets. “Generally, funds are purchasing more data, and this is because there are more data vendors entering the market and different applications as well as interest from various sides of the investment verticals,” said Kalian.

Total buy-side spending on alternative data was projected to climb from $232 million in 2016 to $1.1 billion in 2019, and estimated to reach $1.7 billion in 2020, according to a study by AlternativeData.org, an industry trade group.

A variety of factors are converging to fuel the growing interest in alternative data: advances in cloud computing to process the data; the rise of data marketplaces that are matching consumers with data suppliers; and more sophisticated analytics such as machine learning and natural language processing to filter unstructured data.

Also, there has been an explosion in the amount of alternative data that is available to be collected or licensed. “The problem is for most of them they don’t have a huge team internally that is capable of ingesting and analyzing all of these data sets,” said Vin Vacanti, Co-founder and CEO at Yipit Data. Yipit specializes in collecting, licensing, ingesting, analyzing, and performing quality assurance.

However, it requires “a tremendous amount of work from the providers to turn alternative data into reliable data points,” said Vacanti. Illustrating the challenges, he said, take the case of a retail store that had 30% of its business was in cash purchases, switching to e-commerce during the pandemic. “Now none of their purchases are in cash,” he pointed out. “If you only look at the credit/debit card data, it’s going to look like the business is doing much better, but you have to take into account the behavior shift away from cash that has not been captured into that data set yet,” he said.

The rise of new marketplaces should remove some of the onerous work of sourcing, collecting, and normalizing data feeds from multiple vendors.

In 2018, Nasdaq acquired Toronto-based Quandl, known as the Amazon of data, while the biggest players in market data such as Bloomberg, Refinitiv, and S&P Market Intelligence, among others, have also built emporiums selling alternative data feeds to boost their traditional market data revenues. But new cloud-based entrants have jumped into the game.

Startup Crux Informatics, formed in 2017, offers a cloud-based platform with pipelines to all types of data sets — ranging from alt data to traditional market data. It focuses on “validating and wrangling data” to make it ready to use, according to its web site. Crux takes data from multiple sources and normalizes it down to a single API, which allow firms to access various datasets from different vendors.

In addition, Snowflake, a cloud datawarehousing platform, whose IPO raised $3.4 billion in September, has gained momentum in financial services. Snowflake is built for scale so that business and technology professionals can load, integrate, analyze and securely share data – semi-structured and structured – across workloads. In addition, Snowflake Data Marketplace offers ready-to-query data sets including those specializing in COVID-19 Research.

In a race to build up their ecosystems, the marketplaces have been investing in and acquiring data suppliers. In December, Snowflake Ventures invested in Knoema, a knowledge management platform with a curated collection of publicly available databases on financial markets in different countries. Now on the Snowflake Marketplace, Knoema maintains 3.8 billion data points sourced from 56,000 data sets globally including data from the WHO, IMF, World Bank, and the United Nations.

Speaking on the Crux event, Adam Salem, Head of Technology and Portfolio Implementation for Multi-Asset Solutions at AllianceBernstein said that marketplaces “are a good place for shopping for data in terms of data discovery and for finding out which traditional and alternative data sources are out there,” and which suppliers are up and coming. Otherwise, it involves “having point-to-point connections and knowing the people providing the data,” he said.

For example, AllianceBernstein looks at micro-and macro-economic data to help make intelligent decisions in its portfolios and primarily in its quantitative-driven portfolios. “In that process, we’re looking for new data to help us to be more informed and better informed in our models,” said Salem.

A few years ago, firms received most of the alt data from bespoke specialists. “A real-world analogy is going to one store to buy your meat, another store to buy your vegetables and a third store to buy you  grains,” said Salem.  It is more convenient to shop for data in fewer places, he suggested.

A second benefit is that marketplaces can reduce “the small frictions that exist around onboarding new pieces of data,” said Salem, citing contract negotiations, or networking issues, or information security reviews. All of those small frictions build up, said Salem.

“The future of alternative data is likely to move onto marketplaces,” predicted Salem. “With platforms like Crux and Snowflake,  you can get a normalized pipeline for getting data in your door quickly and quickly is a big part of it,” said Salem.

Rapid onboarding is important because when an investment firm considers a new dataset, it conducts a research project to understand whether the data is valuable or not, or if there is information or a signal that can be drawn from it. “Nine times out of ten, we get a new piece of data in and spend time looking at it, but there’s no value to us,” he explained. “A big part of the marketplaces revolves around being able to scan through those nine research failure projects quickly to find the 10th valuable one.” 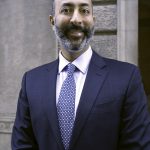 But some buy-side professionals are not working directly with big data. “There are multiple ways that the buy side is consuming different data sets, and the way the data is being pumped out is different as well,” said Mehdi Sunderji, cofounder of Nucleus195, a Connecticut-based research marketplace that connects the buy side with research produced by broker-dealers, independent research provider, and research boutiques.

He is currently working on a project with several companies to extract data in a way that the buy side can consume it. With 100 content providers and tons of research available, “this is differentiated data and not traditional buy/sell/hold research,” explained Sunderji.  Currently, portfolio managers, analysts as well as traders read the reports on the platform but are prohibited from downloading or printing them out.

“If we can take research reports, breakdown the content, and have natural language processing layered on top, then we can generate tags to more efficiently access that content. All this needs to be done in a cost-efficient manner to both sides,” said Sunderji. Traders that upload their interest links to receive real-time email alerts would like to incorporate data into their trading platforms.

But there have been challenges with incorporating alternative data into existing investment and trading  workflows.

“It’s crucial to ensure alternative data is delivered in a timely, digestible, manner to where the trading decision is made,” said Andy Mahoney, managing director at FlexTrade. “It’s not just a matter of “plumbing in the data in super low latency. Alt data needs to be understood by the traders in the context of their strategies,” said Mahoney.

Unlike “price data or volume data which anyone doing the job of a portfolio manager or trader understands,” alt data is not as straight forward. It could be an indicator which says the price is going to go up in the next five seconds or five years.

“You need to figure out how is the data relevant to other data on your trade blotter.” Are you looking at terabytes of data vs. small and very time critical? “There is not just one way to ingest this data,” said Mahoney.

Despite some of the challenges of normalizing and unlocking the value in alternative data, the demand is likely to keep growing, particularly as more datasets and analytics emerge.

“There is an element of crowding and more eyes on the value of data. As more vendors come in, the competition gets a bit fierce and some can be priced out,” said Mann Group’s Kalian.

Insights
Comments are off for this post.
At times like these, two major factors come into play:  first, your trading technology’s ability to process and manage...