With liquidity fragmented across the foreign exchange landscape and regulations like MiFID II placing more responsibility on the buy side to obtain best execution, there has been an increased uptake in algorithmic trading. 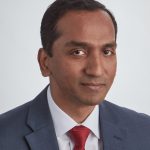 Banks offer their algos with access to external sources of liquidity, including newly emerging dark pools, which otherwise would not be available. “One of the ways that peer matching pools are exposing their liquidity is through broker algos,” said Uday Chebrolu, Senior Vice President and Head of Product for FlexFX at FlexTrade. When carefully chosen, bank algos can provide improved execution quality and market impact profiles for larger orders compared to other styles of execution, said Chebrolu.

A second key driver of growth in algo adoption is that the buy side is more accountable for how it executes FX trades. Unlike the past, when the buy side could send an order to a dealer and hold them accountable for “best -ex,” that responsibility has shifted onto the buy-side trader. “The buyside must now illustrate that they’ve selected the best broker and algorithm – and be able to prove it,” wrote FX Algo News in “The Rise of the FX Algo Wheel.”

With the proliferation of FX algos, selecting the best-performing broker algo can be complicated. For example, the algo has evolved from “simple mechanical forms, such as slicing a large order into evenly sized smaller orders placed at regular interval, to more sophisticated and adaptive types that respond to real-time changes in market conditions,” wrote the BIS report.

At the same, the buy side will need a way to compare algos with other styles of execution such as streaming liquidity and request-for-quote (RFQ). However, determining which broker algo or execution style is obtaining the best price is challenging since there is no central tape in the FX market, and buy siders are trading with multiple brokers and liquidity providers across different venues.

Hence, a big trend in automated trading is the algo wheel, a technology already popular in equities trading that is now expanding into FX. An algo wheel allows the buy side to automate the algo selection process, quickly switch from one strategy to another, and rebalance their allocation to each broker or algo strategy.

“The next stage of automated trading is the evolution of the algo wheel through a complement of data- driven feedback loops and machine learning to make recommendations on how to execute a particular trade,” said Chebrolu. FlexTrade already has FlexAlgoWheel for equities and has newly added FX. Buy-side clients of FlexFX have expressed interest in a recommendation engine that can suggest which execution style offered the best price based on metrics such as slippage from arrival price, said Chebrolu.

“There are two ways that an algo wheel can offer suggestions on which algo to use: It can analyze patterns based on historical data or if it has some AI, it can learn from a peer universe of data,” said Chebrolu.

In its initial stages, FlexAlgoWheel is the evolution of work that FlexTrade has done in the trade automation area and FlexTrade out-of-the box algos or Flex Algos, said Chebrolu. Several large buy sides have been using Flex Algos and automation for FX trading. Now FlexTrade has “productized” the bespoke work it has done for clients with trade automation within FlexFX and Flex Algos into the new Algo Wheel for currency trading.  Algo wheel is available through FlexFX, which is the FX layer built on top of the buy-side FlexTRADER EMS.

“On our side, we are seeing a movement from more traditional asset managers to both automated trading and algos,’ said Chebrolu.

In particular, the trade automation functionality within FlexTrade’s Algo Suite, has gained a lot of traction, he said, referring to automation of small order flows and automatic routing of benchmark Fixing orders-based on a broker cost matrix.

“We’ve always had trade automation and built multiple versions of smart order routers,” said Chebrolu, noting that FlexTrade had these capabilities for the past 10-plus years.  Similarly, with FX algos, the industry is just coming out with algos for FX forwards and NDFs, while users of Flex Algos had this technical capability many years ago, he said.

“Trade automation functionality allows them to set up rules based on currency pairs or groups of currency pairs and transact if the spread is within a certain threshold, when a minimum number of bank quotes are available and other rules,” he explained.  If an asset manager has a lot of small orders going in different directions, rules can be set up to net everything automatically, and then transact less than the total gross amount.

Recognizing the importance of checks and balances, the system has a robust and flexible risk limits and alerting module, which can be configured at a granular level of a fund or currency pair. In the event of an exception or an error, “a trader can easily focus on the exception and have confidence that the system is doing the right thing,” he said. This leaves the buy-side trader with more time to focus on the larger, more difficult trades, he added.

Now the evolution of automated trading continues through Flex-Algo-Wheel with the ability to leverage Flex Algos and trade automation.  In the beginning stages, “You’ll still be able to send orders for a certain currency pair that matches specific criteria, to a pre-set algorithm with those parameters,” said Chebrolu.  But FlexTrade has made the configuration easier in terms of the buy side creating the rules. “That’s where FlexAlgoWheel’s user interface (UI) comes into play.”

The next iteration is going to use historical data and peer comparison data to derive trends and recommendations to the traders, said Chebrolu.

The “peer database” is a collection of aggregated and anonymized pricing and trading data from which trends, metrics, and analytics can be derived. “Real-time streaming quotes, RFQs and competing quotes are captured and stored along with parent orders and their placements,” said Chebrolu. Clients need to opt in and can choose what level of data they want aggregated and anonymized, he said.

However, FlexTrade already provides these types of comparisons through its FlexTCA application. Clients can look at a currency pair and historically see how their brokers performed against a benchmark or on a market impact basis, and whether there was slippage. For instance, the TCA reports can look at how the market has moved and quantify that across currency pairs and across brokers, and then give the buy-side client a recommendation based on the size of the order or whether it is an easy or hard trade. It could evaluate which is the best broker or the best execution style, which could be either bilateral streaming, an RFQ, an algo, or can be a voice trade done manually.

“Feeding this data directly into the FlexAlgoWheel and trade automation is the natural next best step,” said Chebrolu.

While the TCA product is not directly linked to the execution engine, the goal is to transparently combine the two, so that when a client clicks on an order in the blotter, on the next screen they can see the recommendation, given the historical analysis, and possibly the peer universe as well. “Ultimately, the buy-side trader will see their performance, from a peer point of view, and how it was executed vs. the benchmark results, alongside the top three brokers for each of those methods,” he said.

Looking ahead, we expect an increase in algo adoption and are continuing to invest in the FlexAlgoWheel – adding more execution features and working to iteratively improve the recommendation process. The algo wheel provides workflow efficiency, data driven results, and provable best execution that will become an indispensable tool to a buy-side trader.