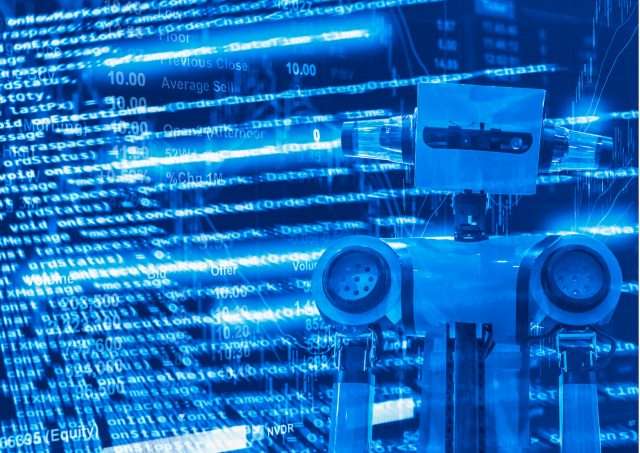 In the next five to 10 years, don’t be shocked if hedge funds begin to outsource their algorithms to a team of quants coding in Python using the cloud and open source tools.

That was one of the future trends discussed on an Algorithmic Trading 2.0 panel at the Intelligent Trading Technology’s Summit hosted by A-Team Group last month in New York.

Banks and hedge funds that are hiring teams of quants internally may consider outsourcing the development of algorithms to the global community of quants, said Jared Broad, CEO of QuantConnect on Algorithmic Trading 2.0. 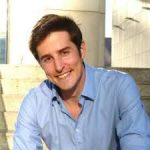 This may seem counterintuitive since Wall Street guards its intellectual property under lock and key. But with advances in cloud computing and open-source technologies, could crowdsourcing of algorithms be the next step in a sharing economy?

While the financial services industry was an early adopter of open source software going back to the Linux operating system in 1991 and the FIX Protocol in the late 1990s, financial firms may have restrictions on contributing code back to the wider open source community.

“When it comes to trading algorithms there is a secret sauce embedded there that I don’t think people ever want to open source,” said Bill Harts, senior advisor to the Modern Markets Initiative, who moderated the panel. Harts, who has been an early adopter of algorithmic trading at Citi, Goldman Sachs and Bank of America, said: “That’s how they make money. Where do you draw the line?” asked Harts. 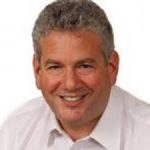 The case brought against Sergei Aleynikov, a former Goldman Sachs computer programmer who was prosecuted twice for allegedly copying confidential computer source code from his employer, illustrates the grey area of mixing open source with proprietary code. Aleynikov admitted downloading some source code, but maintained his intent was to collect open source software that is not proprietary to his employer. The FBI, which arrested him, said that he was going to use the code to implement a high frequency trading strategy at a new employer. Currently, Aleynikov is appealing a third conviction by a New York state appeals court, reported The New York Times in “A Former Goldman Employee’s Long, Strange Legal Odyssey.”

However, Broad argues that the financial industry is 10 years behind other industries in terms of utilizing open source tools and crowdsourcing.

“Global banks and funds will often invest millions of dollars building their own proprietary technology because of a perceived notion that it will give them an edge in the markets,” he said in a follow up interview. For the vast majority of organizations, it’s simply a heavy technical burden and an additional cost to carry that makes them increasingly inefficient,” he said.

On the panel experts discussed market and technology trends that are impacting algorithmic development including regulations, access to cloud computing for backtesting, demand for transparency, and compliance with global testing standards.

With the shift from active to passive strategies, performance has become critical for active fund managers seeking to beat passive index funds.

“People are charging a lot and not meeting their benchmarks and that creates a lot of focus on performance,” said Peter Maragos, CEO of Dash Financial, which provides algorithmic trading tools for equities and listed options. 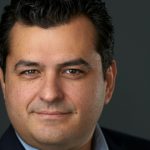 Citing the battle over active vs. passive management and the problem of underperformance, Maragos said these trends are focusing attention on trading costs and best execution.

Regulatory events like Europe’s MiFID II with the unbundling of research vs. execution, have shined a light on best execution, which is going to impact algo development.

“People want more visibility, more control and more measurement and more analytics to really help them to squeeze all the juice out of the market structure,” said Maragos.

Referring to US equity and options markets – where there are 16 options exchanges, Maragos said, these are complex market structures. Instead of becoming an expert, institutions want to rely on high-performing tools to help them access liquidity and obtain the right price.

In the futures space, algorithms are playing a growing role in executing more efficiently and reducing costs. “We see things around real-time analytics on our futures and best execution, and working on real-time execution on those algos,” said Andrew Keane, Global Head, Listed Derivatives Algo Trading, Futures & OTC Clearing, Citi. The bank is also using trade analytics to determine the choice of algorithms (i.e., TWAP or implementation shortfall) for executing futures.

Transparency is also going to play a role in development of the next generation of algo trading. Visualization tools and animations can reveal what’s happening inside of an algo, where it routed child orders, changes in market data before and after the trade, and what is the latency of the exchange, said Dash Financial’s Maragos.

But the cost of hiring development teams can be a barrier to new entrants, said Broad of QuantConnect. A two-person hedge fund shop with $2 million will find it expensive to pay licensing fees for a black box. QuantConnect is working to open-source the algorithm infrastructure so quants can focus on writing the best algorithms possible, he said. “I see a movement of people focusing on alpha, thinking about what they are trying to achieve, [and] they outsource the engineering to the cloud,” he said.

QuantConnect is one of several upstart platforms providing an open-source, cloud-based platform including access to Python, documentation, data libraries, and educational resources. It provides free data for backtesting algorithms on US equities, FX, futures, CFDs and recently added cryptocurrencies. More than 55,000 users including quants, computer scientists, engineers and professional traders have designed and developed more than 1.2 million strategies on the platform, according to HedgeWeek.

But the lines are blurring between freelance quants and institutional markets. The two best known platforms in the space, Quantopian and Numerai, are running hedge funds.

For its part, QuantConnect began to allow hedge funds to subscribe to the algorithms coded by its users. Quants work on their alpha on the platform, and QuantConnect reviews and hosts their signals. “There’s no hiring the six month recruiter,” said Broad referring to the firm’s Alphastreams product as an alternative to recruiting talented quants and engineers.  “They hook up to the API and search for what they want.” Connecting via the API makes it easy to consume signals and merge them into their portfolios, said Broad. Such signals are insights into where the market is going in the short term, such as the next five minutes, plus or minus 1%.

Some hedge funds may trade on the signal blindly while some will trust it a little and use risk controls, said Broad. Others may take the signal and do the opposite, said Broad in a follow-up interview.

“The process of consuming a signal and how you apply it to your portfolio is also part of the secret sauce of the hedge fund,” said Broad. Each hedge fund has its own unique slant. A signal could be one factor while the hedge fund may have 100 factors in its model.

Though algorithms have come far in the past 20 to 30 years, there is more innovation ahead, said Harts. The next evolution of algorithmic trading is going to incorporate big data, machine learning and artificial intelligence.

With the explosion of data sources made available, panelists agreed that quants and traders are able to mine data they never had before. Even the US government is opening up its data, said Broad.

“To build a server farm for US data or a data storage farm just to store US tick-by-tick equities data used to be prohibitively expensive,” said Harts. Today, you can rent it from Amazon, Microsoft or Google,” he said. Similarly, to build a server farm of 32 or 64 core servers would have been unaffordable except for the biggest prop traders or banks.

Today, firms can perform machine learning on 20 years of US equities data with much less effort and significantly less cost. “The cloud has democratized that. You can leave everything up there, pull your signals, pull your results and really optimize the cost,” agreed Maragos.

As for which high-performance trading technology organizations are implementing or planning to implement this year, a poll of attendees showed that 43% are investing in artificial intelligence, 25% said improved APIs and gateways, 12% predictive analytics and 13% said other trading technologies.

Even with technologies such as A.I., big data and machine learning in focus, outsourcing has a role to play, argues Broad.

“Why spend 20 years and a $1 billion building artificial intelligence, when you could use Google and Amazon’s AI and train it?” said Broad.

With the demand for quants and data scientists increasing, firms may find that it’s time for a new paradigm. Recently, the industry has seen several large institutions like Two Sigma, Goldman Sachs and Bloomberg publishing open source work, said Broad. Two Sigma ran a financial model competition for data scientists on Kaggle, an open source site where data science projects are worked on.

A number of quantitative firms are running their own open source projects as a way to recruit the brightest minds who like to solve challenging projects. “Transparency is a marketing strategy,” said Broad.

But algorithmic development will likely always be partially closed, said Broad, referring to financial firms acting in their own self-interest. Although firms are making institutional public contributions to their own open source projects, “there is still generally a tight policy internally about using open source tools in the course of their work,” said Broad. In that sense, “the vast majority of institutions have a long way to go with using open source.”

For a complete review of your firm’s algorithmic trading requirements and a demonstration of FlexTrade’s algo trading solutions for the sell side and buy side, please contact us at sales@flextrade.com for further information.

Alt Data on the March With Machine Learning

Multi-Asset Trading Now in Vogue for the Buy Side?

FlexAdvantage Blog
Comments are off for this post.
By Ivy Schmerken The pandemic has accelerated the trend toward adopting cloud-based market data services and computationally intensive risk...