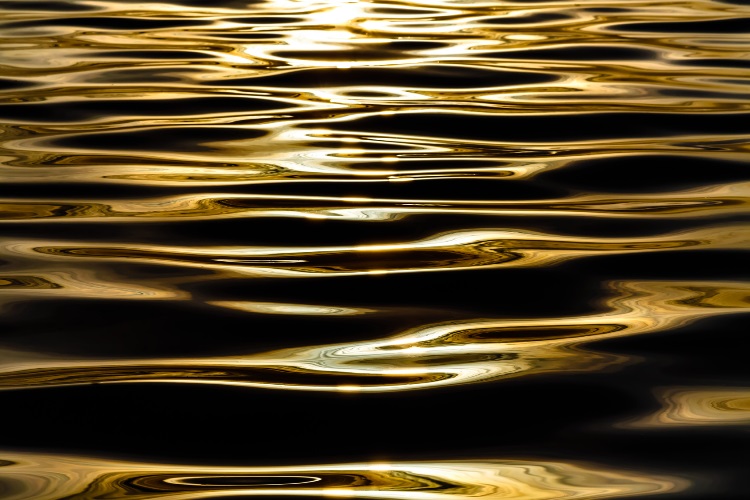 Fixed-income traders reflecting on the bond liquidity crisis and volatile markets caused by the global pandemic in March and April are pushing ahead with more automation to solve the liquidity and data-quality issues they faced.

Citing the value of aggregation tools to bring in direct pricing streams, portfolio trading, and all-to-all trading protocols, buy-side heads of fixed-income trading deployed various methods to compensate for the lack of liquidity and consistent pricing. Market participants also expressed interest in industry measures that can be taken to increase post-trade transparency such as a consolidated tape in Europe.

As volatility spiked in fixed-income markets, and bid-and-offer spreads widened, many agreed that traders had to shift back to trading on the phone; the old-fashioned way.

“Anything you did in a low-touch, no-touch or automated fashion you were forced to roll that up to your high-touch desk,” said Jim Switzer, global head of fixed-income trading at AllianceBernsein, who spoke on the Fixed Income Leaders Summit global virtual event on June 29.

Even some of the most liquid asset classes, such as off-the-run high-coupon Treasuries, which are less liquid than on-the-run Treasuries, were completely illiquid, noted Switzer.

Another major issue was deciphering bond prices in a volatile market.

“Vendor pricing was poor, liquidity was poor, and transparency into the market was poor. That was all part of a crisis,” said Switzer. However, coming out of this experience, Switzer said, “It’s important not to walk away from low touch, no-touch and automation.”

Indeed, fixed-income trading executives are pushing ahead with an automation agenda.

Aggregation tools that pull in direct pricing streams and RFQs into an execution management system (EMS) or order management system (OMS) are becoming a critical part of creating a composite view of the fixed-income market. For example, AllianceBernstein is using its own aggregation tool known as Automated Liquidity Filtering & Analytics or ALFA to take in direct feeds from tier-1 dealers, in effect, creating its own consolidated feed for evaluative pricing on which its algos are based, noted Switzer on the panel. (The inhouse liquidity tool was sold to Algomi in 2017,  and now resides with BGC Partners’ Fenics software division after the inter-dealer broker completed a takeover of Algomi in March, reported The Trade.)

By aggregating prices from the banks, bond traders can see where other people in the market were seeking liquidity. When competing with the sell side as price initiators, the firm can generate alpha for its clients, that is somewhat correlated to the bid/offer spreads, said Switzer.

In the heat of the crisis, the buy side was struggling with bond pricing. In a video interview with TraderTV Sharon Ruffles, head of fixed-income dealing  at State Street Global Advisors, said that the buy side is still looking for clarity in pricing. “When markets are volatile and moving very quickly that can be very difficult for dealers to stream those prices,” said Ruffles.

The idea that a dealer is going to stream prices in all sorts-of-sizes all day long into electronic platforms simply isn’t going to happen in that level of volatility,” said Ruffles, adding, “And of course, algorithms are going to be switched off.”

Some say the pandemic is accelerating electronification of fixed-income trading. As dealers stopped quoting prices by phone – because they were unable to keep up with the requests – buy-side traders tapped into e-bond trading platforms.

One fixed-income trader who received a large client order to execute $2.5 billion worth of U.S. Treasuries, told Reuters he “had to break the order up into smaller chunks and process them electronically – something he may not have considered a few weeks earlier.” In “Pandemic propels old-school bond traders toward an electronic future,” Brandon Rasmussen, a senior fixed-income trader with Russell Investments  told Reuters: “I think what this crisis has shown is that really if you weren’t trading electronically, you should be trading electronically.”

As many traders were off the central trading desk and working from home, e-bond trading platforms were instrumental in providing connectivity to the bond markets.

Even before COVID-19, traders of investment-grade corporate bonds used electronic networks for about a third (34%) of their transactions, up from 25% at the start of 2019, according to research analytics firm Greenwich Associates via the  Wall Street Journal in January of 2020.  Algorithmic trading – or the use of automated programs – was cited as driving the electronification, though firms restricted usage of algos to small trades of less than $1 million, noted  Greenwich in the WSJ article.

Electronic trading reached 45% of European fixed-income volume in 2019, up from 38% in 2018, reported Greenwich.  More than half of Europe’s corporate bond trading volume and 60% of government bond trades is priced and executed electronically.

Going forward, Switzer said it was important to think about different trading protocols, such as Open Trading, a method offered by MarketAxess which allows for anonymous trading on the buy side with other asset managers or from investor-to-dealer or dealer-to-investor. AllianceBernstein’s all-to-all-trading volumes were up 500% from the beginning of the crisis on February 1 through May 1st.

In the second quarter, MarketAxess saw record volumes of $243.8 billion, up 87 percent, on its Open Trading marketplace. “Institutional investors and dealers both leaned into our Open Trading marketplace to meet their trading and liquidity needs, driving record estimated market share for both high-grade and high-yield bonds on the system,” said Rick McVey, Chairman and CEO of MarketAxess in the Q2 earnings release.

Cross-trading of fixed-income securities is also going to be a big topic for the buy side.

“A number of institutional fund managers had to sell off bonds, the bid-offer spreads were extreme, and they would have taken advantage of internal crossing, but crossing was too cumbersome,” said Switzer of AllianceBernstein on the TradeTech Fixed Income Leaders.

The topic of internal crossing has already caught the attention of the SEC’s Fixed Income Market Structure Advisory Committee (FIMSAC). In June, FIMSAC voted unanimously to approve a proposal that gives fund companies simpler ways to determine the fair-market value of the fixed-income securities they want to cross, including executing a cross between two funds on an e-bond trading venue.

Under the proposed rule, fund managers can use two independent pricing sources — such as regulated trade tapes, aggregated dealer runs, independent pricing services or trading venue data services — provided that the adviser is not relieved of its fiduciary duty to achieve best execution for both clients. Alternatively, an adviser can use an electronic trading platform, like MarketAxess, that has functionality designed to achieve fair pricing of crossed trades including a competitive RFQ process.

Another innovation that was praised during the pandemic was portfolio trading which involves bundling several bonds into a single package trade.   In contrast to manually relying on spreadsheets and manually inputting the data, computerizing the process has allowed the trend to pick up steam, reported Reuters in “A trading tool that’s transforming the $10 trillion plus corporate bond market.”  Cumulative portfolio trading volumes globally on bond trading platform Tradeweb topped $100 billion in June, up from only $2 billion when the venue launched it for U.S. investment-grade and high-yield bonds in January 2019.

However, some traders told Reuters that the technique “stalled at the height of the March turmoil when even the highly liquid U.S. Treasuries and ETFs were seizing up.”

Buy siders were not necessarily able to do portfolio trading at the height of the crisis on March 11 or throughout that week when spreads blew out and fixed-income markets became dysfunctional. “Leading up to that point, banks encouraged the buy side to think about portfolio trading and new ways of coming to market and coming to banks directly,” said SSGA’s Ruffles on TraderTV. However, while it looked like this was the time to try out the technique, Ruffles said, “banks were not sure they wanted to take down all that risk in this type of environment.”

In terms of the state of European credit markets, supported by the massive central bank intervention, Ruffles said there should be more transparent pricing coming through. “We should really get a sense of where prices are in reality from a streaming perspective and then be able to go into some of these electronic platforms and lift all these streaming prices, and that’s not happening as much as we would like to,” said SSGA’s Ruffles.

There is also a movement in Europe to create an EU consolidated tape for bonds. In April, the International Capital Markets Association (ICMA) Task Force published an interim report after consulting with buy-and sell-side firms and studying the FINRA Trade Reporting Engine (TRACE). According to the report, post-trade data is currently scattered across more than 17 authorized publication arrangements (APAs) in the EU. The post-trade consolidated tape is meant to provide detailed, comprehensive, and accurate information of where and how all trades occurred.

While many fixed income participants are pushing for a consolidated tape, Switzer noted that some firms are not going to want to share proprietary data with everybody.  A consolidated tape would level the playing field, he said, but it would need to be “regulatory-driven and it would be difficult, but it is a potential outcome,” he said.

Meanwhile, large asset managers like AllianceBernstein are proceeding to work on their own continuous evaluated pricing and optimization tools to determine the investable universe of bonds. “Managing data sets is so important to us and trying to get real- time price transparency or call it pre-trade price transparency will help us make decisions before we trade, how fast we should trade. and where we should trade,”’ said Switzer.

Drawing on lessons from the pandemic, fixed-income desks recognize that human relationships are important in dealer-based markets, but at the same time, they need to seize upon new technologies to lower costs and gain workflow efficiencies. “If we really want to do automation and we want to be able to free-up traders’ time to do more high-touch trading, we have to push this low-touch trading technology as much as we can,” said Switzer.