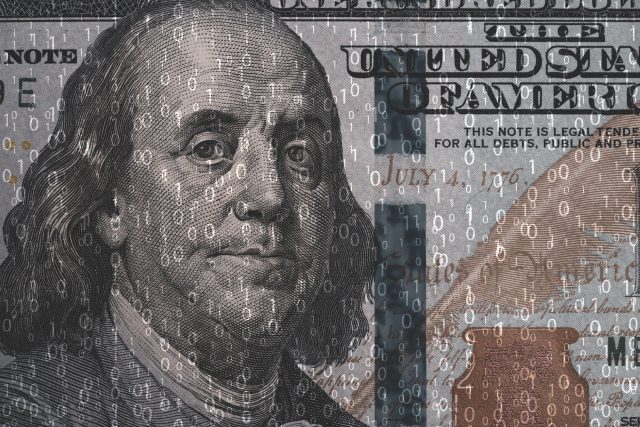 Recent turmoil in the stablecoin market has shaken up cryptocurrency trading and the world of decentralized finance, accelerating more calls for regulatory oversight as mainstream financial institutions watch this play out.

On May 7, when TerraUSD, the third largest stablecoin, fell below its 1:1 peg to the US dollar, the meltdown spilled into cryptocurrencies like bitcoin and ether, resulting in severe volatility and losses. Though the name stablecoin touted safety, TerraUSD was trading around 8 cents on May 26.  Professional investors and traders had about $180 billion parked in stablecoins as of Tuesday, May 10, according to The Wall Street Journal.

The latest wave of crypto price swings came as concerns over high inflation and rising interest rates caused traders to sell off risky assets. Bitcoin’s price has fallen 50% since November, when it hit a high of over $67,000. Over the last few weeks, bitcoin prices have stabilized around $30,000.

The episode has drawn attention to the experimental and unregulated nature of stablecoins and cyrptocurrencies, raising concerns about risks to financial stability from U.S. Treasury Secretary Janet Yellen who called for “a framework that is appropriate,” reported Bloomberg.

Stablecoins are tokens pegged to the value of traditional assets, often the U.S. dollar and are the main medium for moving money between cryptocurrencies or for converting balances to fiat cash, reported Reuters.

At Rosenblatt Securities 14th Annual FinTech Summit, Dushyant Shahrawat, Director -Strategic Insights & Advisory, FinTech Investment Banking at Rosenblatt Securities, examined the implications for financial institutions and whether this could delay mainstream adoption of decentralized finance (DeFi). “A decline in the value of a stablecoin is not the same thing as a bitcoin decline. It is much more serious. They [stablecoins] are essential bridges between traditional finance and DeFi and are absolutely essential to making crypto and defi mainstream,” said Shahrawat.

He compared this to when a money market fund broke the buck in the spring of 2008 in relation to the Lehman Brothers bankruptcy.

“If there is a problem in the stablecoin market, it shakes investor confidence in the entire DeFi/crypto market,” said Shahrawat in opening remarks at Rosenblatt’s virtual fintech event. Referring to the Terra/Luna fiasco, he cautioned that regulators could receive pressure to crack down on the crypto markets.

Panelists at the two-day event agreed that the stablecoin collapse is a temporary setback and that the industry will overcome it. Tech entrepreneurs pointed out there was no fraud involved in the depegging of Terra/Luna, and said this case was “a design flaw” stemming from the two types of stablecoins in the market.

While other stablecoins like Tether, USD Coin and Binance USD, hold reserve assets such as U.S. Treasury notes or fiat currencies, which they can sell off in stressful times, TerraUSD is an algorithmic stablecoin that maintains the $1 value through its relationship with sister coin Luna.

“What it shows is that not all stable coins are born equal and not all DeFI protocols are born equal. How the stablecoin is backed is a fundamental difference,” said Edward Woodford, CEO of Zero Hash, a B2B infrastructure company, who spoke at the FinTech Summit.

Billions of dollars have poured into fintech firms building infrastructure for decentralized finance, a parallel universe for lending and borrowing, peer-to-peer trading, and automated market making. Many of the CEOs and executives at Rosenblatt’s Summit are focused on building bridges between DeFi and TradFi through security, low-latency networks, identity solutions, and know-your-customer (KYC) systems.

The big question is whether or the USD/Luna fiasco would cause a pullback in institutional adoption of crypto and digital assets by a year or two, said Shahrawat.

Russell said that as a custody bank, State Street was ready to custody those kinds of assets as well as trade them. The bank has formed a separate division, State Street Digital Markets, “and it’s impacting everything all the way to our trading desk in Boston to see if the systems can handle it,” said Russell.

Increasingly there are signs that DeFi and centralized finance or CeFi are both co-existing and colliding. For example, Fidelity Investments said it would offer bitcoin as a menu option for its 401(k) retirement plan clients. That news triggered a reprimand from the Department of Labor, which said allowing investors to hold bitcoin into their 401(k) accounts put retirement security at risk.

Financial markets participants discussed the need for regulatory clarity in both the cryptocurrency and digital asset space at the STANY conference.

“Regulation is the 800-pound gorilla in the room,” said David Weissberger, Co-founder and CEO of Coinroutes, an algorithmic trading platform for digital assets, who moderated a STANY panel on the future of trading digital assets.  Weissberger called upon the Securities and Exchange Commission to approve an exchange traded fund (EFT) that tracks the price of bitcoin in the spot market.

So far, the SEC has approved ETFs based on the bitcoin futures contract traded at the CME exchange, but these ETFs are trading at a 9% discount to spot bitcoin, noted Weissberger, adding that many professionals predicted the ETF would underperform.  The SEC preferred the futures contract because the CME is a regulated entity, but he pointed out it’s easier to manipulate the CME’s price because the exchange closes. “The reality is serious people want regulation; they want competence in the industry,” said Weissberger.

At the STANY panel, Cromwell Coulson, President and CEO of OTC Markets Group, said that GBTC trades at a 25% discount and that the SEC is the holdup.

“The SEC has been saying these are securities, but we haven’t figured out how to get these transactions into our securities infrastructure,” said Coulson on the STANY panel.  OTC Markets Group operates three alternative trading system (ATS) models and GBTC trades on one of its platforms. He suggested that problems with getting digital assets into the current ecosystem could be addressed by sending FIX protocol drop copies to a repository based on FINRA guidance.

Regulatory clarity involves determining when the SEC has jurisdiction over a particular token or crytpocurrency and when the Commodity Futures Trading Commission (CFTC) has the authority.

The SEC has been relying on a 1946 Supreme Court Case to determine whether a particular token or cryptocurrency such as bitcoin meets the criteria of an investment contract, and therefore would be a security based on the four prongs of the Howey test.

Under the four-prong Howey test, an “investment contract” exists when there is the investment of money in a common enterprise with a reasonable expectation of profits to be derived from the efforts of others, wrote attorneys at Dentons in “Crypto Asset Regulation in the United States: What? Where? When?” in a blog published last August.

“If the crypto asset meets the Howey test of an ‘investment contract,’ then it is a ‘security’ and subject to regulation by the SEC as such,” wrote attorneys at Dentons.

But the issues of regulatory authority are far from settled. In February, Rostan Benham, Chairman of the Commodity Futures Trading Commission (CFTC), asked Congress to give the agency authority to regulate cryptocurrencies such as bitcoin. However,  neither agency has “won undisputed authority” over regulating cryptocurrencies, reported the WSJ. First, many lawyers regard bitcoin and ether as commodities, which fall outside the legal scope of the SEC.  Second, the CFTC has the power to regulate swaps and derivatives, but it does not have authority over the cash market on which the underlying is bought and sold, reported the WSJ.

In the digital asset space, panelists at STANY indicated they were following the requirements under securities law because the SEC has already said digital tokens are securities.

Richard Johnson, CEO of Texture Capital, said the firm is following the traditional model. It went to FINRA and obtained a broker-dealer license and registered with the SEC as an ATS. Texture Capital is focusing on raising capital for private markets, using distributed ledger technology and smart contracts to streamline the current market structure.

In traditional finance, especially public markets, business entities and service providers are separate, but in digital securities, these businesses are developing very differently, said Jean Hightower- Sellitto, CEO, Atomyze LLC, who moderated the panel. For example, Coinbase is not only an exchange, but it houses a broker-dealer, a prime broker, and a custodian all-in-one.

“We’re one part of that ecosystem,” said Johnson noting that others like Paxos are a bank and a custodian. He said that Texture is looking for various partners and expects to cooperate with regulators. “There’s a reason we have  separate entities in traditional markets, because you don’t want concentrated point of failure with one institution,” said Johnson.

However, retrofitting the innovations in blockchain technology into the current decades-old regulatory regime has been challenging.  “We have rules that are 70 to 80 years old that existed before computers, much less the Internet, much less a blockchain. And that’s why a lot of the rules don’t matter. Why do we need a transfer agent in blockchain settlement?” said Weissberger.

Texture Capital’s Johnson pointed out that regulators rely on a custody rule (15c3-3) from 1933, that requires securities to be stored in a vault. “The idea is having an asset that is not physical, it’s digital on a ledger, and not only that, but the ledger is also public, and anyone can see what’s on it.”

According to panelists at Rosenblatt’s summit, the problem is that blockchain and crypto are misunderstood.  “At its heart, crypto and blockchain are simply a way to build an application. What they allow, is the creation of applications where you don’t need intermediaries,” said Asiff Hirji, president of Figure, a blockchain platform seeking to transform financial services.

When asked what the main advantage of DeFi is, Michael Shaulov, CEO of Fireblocks, a provider of digital asset infrastructure for custody and treasury management operations allowing institutional clients to access DeFi protocol platforms, mint and burn tokens, said: “The basic idea behind it is smart contracts that execute autonomously and without any centralized counterparty and their ability to execute financial transactions in a deterministic way that eliminates counterparty risk.”

It’s not clear whether the stablecoin crisis will cause institutions to scale back their plans for trading and investing in cryptocurrencies or digital securities. DeFi CEOs said these are the growing pains of an immature market, but one that is here to stay. But they admit it may take some time for regulators to get their heads around DeFi.

The key challenges to institutional adoption of DeFi will be identity, collateralization, and KYC which are requirements for regulated institutions, said several panelists.  “There’s going to be a lot of friction around regulation and KYC and existing stakeholders are interested in this subject,” said Konstantin Richter, CEO and Founder of Blockdaemon. “That’s where the rubber meets the road.”

FlexAdvantage Blog
Comments are off for this post.
Despite the boom in ESG investments, ESG metrics are not necessarily consistent across data suppliers and providers may calculate...

FlexAdvantage Blog
Comments are off for this post.
Will the trading desk of the future hook into online marketplaces that trade fractionalized shares of real estate, or...