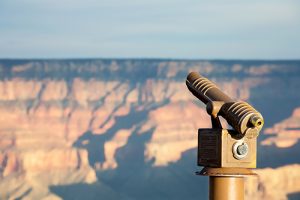 Buy side traders debating the pros and cons of the U.S. equity market structure recently gave high marks to the computerized stock trading landscape, though it didn’t take long for concerns to surface.

At a Baruch College Financial Markets Conference on November 11, four heads of buy side institutional trading desks acknowledged that the market structure characterized by high-speed trading and fragmentation is “imperfect,” but maintained they are better off than years ago.

Technological advances and regulatory changes that have occurred over the past 20 years have led to lower transaction costs and liquidity, which has benefited investors and the clients they represent, suggested one trader.

“Whether it’s technological advances, competition spurred by technology, Reg NMS or other regulations, each individual change has benefited the institutional trader and clients we represent. The sum total has been a huge benefit in the form of innovation and lower costs,” remarked Enrico Cacciatore, Senior Quantitative Execution Trader with Voya Investment Management.

Amidst the complexity and fragmentation that persists across exchanges and alternative trading systems, institutional traders have control over their equity trading today with access to smart order routers and algorithms.   “The amount of control the buy side has is unparalleled,” commented Curt Engler, head of trading for the Americas, JP Morgan Asset Management.

Despite all of the positive comments, traders expressed lingering concerns over liquidity challenges with small and mid-cap equity trading, and hidden conflicts of interest in order routing, among other issues.

“Transaction costs have decreased for mega-cap stocks, but they have actually gone higher for small and mid-caps,” said Andy Brooks, VP at T. Rowe Price.  “If you’re an active manager, I don’t know if it’s such a good deal today,” said Brooks. “If you are in small and mid-cap stocks, it’s pretty challenging,” said Brooks, who emerged as the vocal critic on the panel. 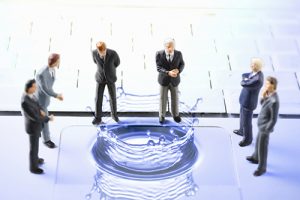 He also noted that the SEC’s equity market structure committee recently acknowledged that a lot of the compression in transaction costs is compression of commission rates.  However, Cacciatore said, “Whether those costs are the commission compression or lower impact costs, or a combination of both, the fact is it would be hard to dispute that for a large institution, it’s cheaper to trade.”

Moderator Pete Jenkins, managing director at PDQ ATS Inc., asked what needs to be done to bring liquidity into small caps? He pointed out that small cap stocks are tough to trade.

“A one-size fits all market doesn’t fit all stocks,” said Brooks. He suggested widening the spreads of some of the small cap stocks along with a minimum trade size in a dark pool.

Brooks said the tick pilot is “probably worth doing,” but isn’t going to change things a lot.

With the SEC’s tick pilot recently delayed to October 2016, the plan to widen the ticks to nickel increments for 1,200 NMS stocks will take longer to implement.  Skeptics are not sure this pilot will work. “You’re never going to bring liquidity into the market. They are hard to trade,” said Jenkins, who asked panelists what could be done?

The difficult nature of trading small caps is priced into the returns, noted  Voya’s Cacciatore, whose firm runs a small cap active strategy benchmarked to the Russell 2000 index, and is holding 200 of those names at a time, said Cacciatore. “If you are trying to move in size, there are a limited number of people who are willing to trade in size,” he said. The only way to trade in those names is slowly or if news is out, he advised.  “You can be 30% of the volume in small cap names,” he said.  The second best way is to trade smart when news is out. “You’ll see 4, 5, 10 times the average daily volume occur because news came out.  There’s re-pricing and the volume is there. That’s the solution,” he maintained.

But, Voya’s trader is against capping spreads at a nickel, like the Tick Pilot. “You want to keep the market structure as free as possible. When you start capping the spreads at five cents, I think you do harm because you dis-incentivize an institution like Voya from wanting to close the spread to one penny,” explained Cacciatore.

Another suggestion was to follow the European model where institutions don’t have to print to the tape right away, or in some cases, never print, added Brooks. “Liquidity provision can be done away from the visibility of the broader market,” noted Frank Loughlin, Global Co-Head of Equity Trading at Alliance Bernstein. “This could help on both sides of the equation with liquidity providers to take risk and also could motivate a large institution to seek out size for a block.”

However, for those interested in price formation and price discovery, Brooks said that 40% of volume being reported off board in a trading report facility through dark pools and other venues is not good.

Panelists debated the idea of institutions needing to be incented to post more limit orders in lit markets. Though buy side firms worry about the impact on price discovery of dark pools, they are also not eager to post limit orders on lit venues. “Everyone wants the institutions to display their order flow,” said Engler, who countered that this was not necessarily in the marketplace’s interest.  Brooks noted that if an institution posted a 3,000 share order on a public venue, others would not respect it, and due to the trade through rule, it could execute elsewhere.

Regardless of these criticisms, there was reluctance to suggest tweaks to market structure since this can result in unintended consequences.  “When you think about market structure as highly functional to highly dysfunctional, we think of the US as closer to highly functional,” said Loughlin of Alliance Bernstein. He suggested that more changes or recommendations would run the risk of moving toward the “dysfunctional.

Given the complexity of the automated market, panelists said the buy side could not afford to ignore any trading venues. “We have to look at all the ATSs, the exchanges – they are all storefronts for some general purpose,” remarked Voya’s Cacciatore. Then, he gave a flavor for how the firm uses automation to deploy a strategy that is multi-functional. “You are participating with some schedule of strategy as a baseline in the market. You are layering the book lit, where you might be oversizing on inverted venues, because you’re probably going to get hit first, and taking liquidity at venues that are going to cost the most. And then at the same time, you are layering dark volume in the dark pools looking for liquidity as well, setting mid-quantity sizes so you don’t have a secondary effect on the lit market,” he explained.

In response, T. Rowe Price’s Brooks said, “It sounds convoluted,” but he admitted that his team is using similar tools and doing the same thing, though he questioned if the buy side was gaining anything.

Though buy side firms utilize dark venues to avoid market impact, it was pointed out that institutions that are aggressive in the dark can move the lit quote.  “Firms such as Virtu Financial are everywhere on lit and dark and they’re weaving that whole picture of liquidity together.  “I could move a quote and trade it dark,” said Engler, who said he doesn’t think the practice of putting more caps on dark or lit [markets] and incenting more limit orders on exchanges is the answer. “I think the ecosystem of liquidity is pretty efficient at find the right price and matching supply and demand,” said Engler. “Is it perfect?” he asked. “No, imperfect,” said Engler, expressing his preference for that term.

In the end, buy side traders seemed relatively happy with the current state of equity trading while aware of its flaws. “Look where we came from? It’s fantastic! We’re only in the first of nine innings,” said Alliance Bernstein’s Loughlin.  “When firms are talking about artificial intelligence and automated trading, we’re just at the beginning,” Loughlin said.  Adding that firms with a lot of capital to throw around are hiring AI people that work for IBM, Loughlin said, “I think that’s a reflection of where things are going.”

Insights
Comments are off for this post.
As we look back on this year, topics such as institutional adoption of digital asset trading, European trading in...