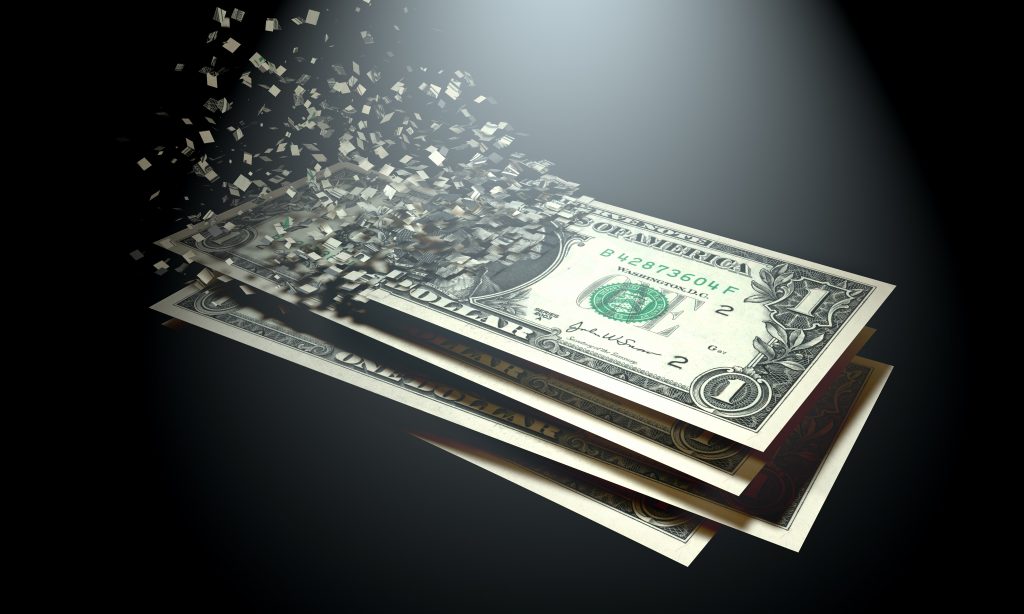 New online marketplaces have emerged to trade traditional assets such as real estate, art works, and private securities on digital platforms, seeking to cut out intermediaries and reduce frictions by using the blockchain to democratize access to finance.

In the 1990s, consumers cleaned out their attics and put their collectibles up for sale on eBay, where they could hold their own private lawn sale. Now many are turning physical assets and collectibles into digital assets that can be securitized and traded on two-sided markets.

At Rosenblatt’s 13th Annual Fintech Summit in May, the firm showcased five markets– Roofstock in real estate, Masterworks in collectible art, Carta in private securities, HXSquare in health care data, and Tron in cryptocurrencies, that have  converted physical assets — or created new crypto assets — to trade on digital platforms, match buyers and sellers, and displace intermediaries.

But as this new economy evolves, how will these digital assets fit into the existing ecosystem of centralized finance (CeFi) in capital markets? Will the trading desk of the future hook into online marketplaces that trade fractionalized shares of real estate, or non-fungible tokens (NFTs) based on original celebrity tweets or GIFs of Pokemon cards?

Many of these new marketplaces have the goal of converting tangible assets (or non-physical assets) into digital tokens or smart contracts built on a blockchain, the technology that powers cryptocurrencies like Bitcoin and Etherium. “At its most basic, a blockchain is a list of transactions that anyone can view and verify,” wrote Coinbase in a blog post. Blockchain holds the promise of removing frictions from the clearance and settlement process by removing intermediaries.

“There is growing interest in blockchain as infrastructure to bring traditional assets like real estate and art and new digital assets such as cryptocurrency, and new ownership structures like NFTs [nonfungible tokens] to market, said Dushyant(D) Shahrawat, Director, Strategic Insights& Advisory, FinTech Investment Banking at Rosenblatt. Just as in the 1990s, the Internet was the disruptive force, and now it is digital currencies, tokens and NFTs,” said Shahrawat.

Tron is developing a free, blockchain-based decentralized entertainment network, which resembles Netflix’s business model but without a central intermediary. In Tron’s world, anyone can store content, and consumers can pay or reward content providers directly using its currency Tronix (TRX), according to Investopedia.

Justin Sun, Tron’s CEO, offered insights into how the blockchain-based platform is fueling decentralized applications or DApps and building liquidity for cryptocurrency trading in Asia. “We have global markets in bitcoin, TRX, BTC, serum and Dogecoin against different fiats and bitcoin and other crypto currencies, and [when] put together, they create an opportunity for arbitrage between different kinds of countries and different kinds of fiat markets,” said Sun.

However, Tron is really a marketplace on which cryptocurrencies are used to purchase digital products and services and to pay for using the blockchain applications. “In order to enjoy the transaction safety of blockchain,” Sun said users need to pay a certain amount of TRX or ETH as a “gas fee” to process or validate transactions.

Where blockchain could enter the broader picture is in transforming traditional assets through tokenization or by creating new digital assets through decentralized finance (DeFi), which can democratize assets by limiting intermediaries, said Shahrawat.

“Tokenization is playing a role in promoting emerging asset classes that were never traded before and creating liquidity, trust, and transparency in new asset classes,” said Shah.

In April, Binance, one of the world’s largest cryptocurrency exchanges by volume, began allowing its non-U.S. based users to trade a tokenized version of Tesla stock, giving investors outside the U.S. easier access to U.S. stocks without having to wake up at odd times to transact and jump through regulatory hoops, reported Bloomberg in “Crypto Exchanges Usher in Era of Round the Clock Stock Trading.”

But some panelists seemed skeptical as to whether blockchain is necessary. Confusing U.S. regulatory policies have also thwarted the companies from moving forward with blockchain adoption.

About three or four years ago, MasterWorks was among the first firms to file a blockchain offering with the SEC, but decided the technology was not ready, noted CEO Scott Lynn on the panel.  The firm remains skeptical whether blockchain will be able to solve problems that exist with securities regulation due to a lack of regulatory clarity, noted Lynn on the panel.

Others such as Roofstock encountered regulations around accredited investors being permitted to purchase securitized shares of rental properties. While the real estate market is loosely regulated in that someone who can make a down payment is permitted to buy an investment property or own a rental property, the rules change as soon as the rental properties are fractionalized and someone is purchasing a basket of securities, which requires investors to be accredited, said Roofstock’s Watson.

On the other hand, blockchain is not necessary for every market.

“While blockchain solves problems such as verification and immutability, this does not necessarily work in private markets, which are meant to keep things private and fix things when they go wrong,” said Henry Ward, CEO of Carta, which launched an auction market for private securities.

“Blockchain is not necessary for one-click, efficient, liquid markets,” continued Ward.  In the case of private markets, Ward said that a database was just as effective as blockchain, but the difference now is that markets that use a database are not regulated, while those that use blockchain need to register, suggesting this creates a double standard.

“You don’t need a blockchain to create a marketplace, but blockchain can be a more efficient platform to run a marketplace on,” said Shahrawat in a follow up interview. The advantage of blockchain is that today, holders of traditional stock like Tesla cannot transact directly, and must go through a broker or agent representing both buyer and seller, and an exchange, and it takes two days to settle through DTCC, he said.  “If the stock became a tokenized security on a blockchain, investors could theoretically trade without involvement of a central authority,” said Shahrawat.

Panelists at the event predicted that all assets traded on traditional exchanges will be tokenized and trade on digital platforms in the future.

Despite the lack of regulatory clarity, some of the new markets are looking to apply smart contracts, blockchain and NFTs to real estate and other tangible assets.

Online real-estate marketplace Roofstock launched Roofstock 1 which is a security against a home but fractionalized, noted Gregor Watson, Roofstock’s chairman. “Another level beyond that would be using NFTs to start creating a global exchange tied to individual assets that are fractionalized,” said Watson. “There is a lot of margin and inefficiencies that can be squeezed out of these traditional real estate transactions, so we’re looking blockchain and NFTs. It’s exciting – markets are moving forward,” said Watson.

Tokenization could have a profound effect on traditional exchanges and intermediaries – who have defined roles as market, maker, broker, custodian, or bank, noted Shah. As food for thought, Shah said that a crypto asset can become another type of asset, such as real estate or tokenized shares. “If all assets become tokenized that can have a long-term effect on the industry,” he said.

Panelists agreed that regulators (i.e., the SEC) will need to weigh in before the issues around tokenized securities and blockchain are resolved.  But clearly this does not mean that digitizing and creating tokenized assets and new markets across cryptocurrencies and traditional assets will never happen.

Insights
Comments are off for this post.
Political shocks such as Brexit and the U.S. election of Donald Trump jolted the foreign exchange markets in 2016,...