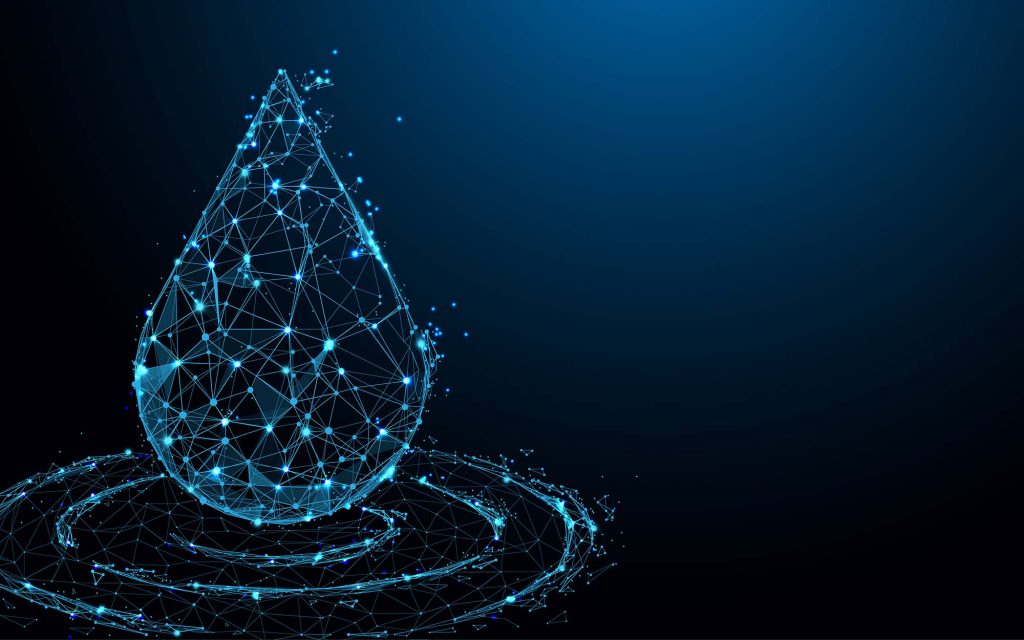 Collecting and storing data for analysis in an OTC market such as foreign exchange is important to ensuring best execution and improving the pricing received from liquidity providers, but capturing that data is still challenging, according to buy-side FX traders speaking on a webcast in late May.

With the explosion in data and fragmented liquidity from electronic trading, the webcast covered how FX trading desks are harnessing data and analytics to assess their liquidity providers (LPs) in combination with transaction cost analysis (TCA) to create a feedback loop that improves the entire execution process.

Most FX trading desks have the tools to curate liquidity pools from their technology providers, according to buy-side traders and a third-party data/analytics expert on the TradeTech FX panel “TCA, Liquidity Provision Analytics (LPA) and Best Execution: Making Data Work for You.”

There is a shift away from TCA to what is known as liquidity provision analytics (LPA) where the buy-side is monitoring their liquidity, particularly streaming prices that update multiple, times a second throughout the entire day, said the third-party provider. “When you move away from TCA into LPA, you get a whole lot more data,” said the data/analytics expert.

In a live poll during the webcast, 60% of respondents said they are either monitoring their data, or agree there is a need to do so, while 38% do not monitor their data, and 2% do not see a need for it.

Four metrics are key to conversations that buy-side traders have with banks, brokers, and liquidity providers (LPs). The “skew and absolute spread are essential metrics. Beyond that, it comes down to reject rates and hit ratios and then breaking that down into the various size buckets and currency pairs,” said Nick Wood, Head of Execution at Millennium Global Investments on the panel.

If there is too much sensitivity to price movement and therefore, the client’s reject rates are high, then the FX trader would have a conversation with the bank to adjust that, said Wood. If the spreads are too wide and need to be tighter, this could be relevant to specific currencies and in certain sizes, he noted. This analysis helps to understand how the banks are performing and whether significant improvements are necessary, said the head trader.

Panelists agreed on the need to capture and monitor tradeable streams as a precondition for calculating liquidity analytics, emphasizing this this helps them understand which LPs are performing better than others.

Institutions are “very sensitive to what LPs are doing in the market when they execute with them, and it’s really important to look at that over time,” said the data/analytics expert. “It’s possible that the LP has noticed something about your trading, or the LP is skewing (the market) in a particular direction just before (you) go to execute a clip because it has worked out how you space out your trades, and notices they are coming out every 30 seconds or 60 seconds,” said the expert.

However, liquidity providers in spot FX also continuously track the profitability of each individual client. One tool that LPs use in their analysis is known as the mark-out plot. “A mark-out plot looks at the price an order is executed and market mid-price over many intervals following the execution,”  according to a June 2021  research note “Execution in Spot FX” by Graham Capital Management. Since an LP in spot FX is a market maker, which is like equities and futures, they provide a two-way quote and profit primarily by capturing the spread.

For example, if an LP is losing the spread, captured at trade time, it will mark this flow as bad for them and start quoting higher spreads for this client due to the decay, wrote the authors. Conversely, if the client shows a green profile, where the LP retains the spread captured at trade, then the client will likely receive the tightest spreads from the LP, states the research note.

On the webcast, Nowara Munir, FX Trader-Strategist, Lazard Asset Management, said that best execution needs to look at the entire workflow. “It’s always from execution to settlement.”  Obtaining the optimal prices is not just about getting the right execution at a point of the trade; it’s about making sure that it goes all the way downstream.”

At the point of trading, the FX Trader-Strategist is always looking at liquidity, top of the market, volatility, and skew, said Lazard’s Munir. When speaking with clients, the focus is on trade costs – explicit and implicit costs, said Minur. “This is something we incorporate into our trading as well, depending on which counterparty we are facing,”

Despite the increasing interest in streaming prices and liquidity analytics, panelists cited the value of using historical TCA to assess their executions.

Traditionally, the asset management industry has viewed TCA as a “check-the-box exercise” to prove best execution to clients and regulators, but FX traders on the panel cited improvements in TCA such as improving in data presentation.

In another poll, 87% of respondents said the reason they use TCA is because it is as a value-add, whereas 11% use it for regulatory purposes, 2% do not use it at all.

“We are able to use it to validate and improve our process,” said Munir. However, the FX Trader-Strategist noted that “TCA is a little backward looking because it is looking at it after you have done your trades.” That is why firms are doing liquidity analytics to find out where their best liquidity is from and what the volumes are like. They take this information to have conversations with their liquidity providers, which results in pricing improvements.

One sign that the buy-side is moving away from TCA as a “tick the box regulatory exercise” is the trend toward more trade-by-trade analysis. Since there is a certain amount of variance and randomness in individual trades, the analysis should run over time, said the third-party expert.

Expanding TCA into pre-trade analytics is something on the buy side’s wish list said Munir. Right now, the FX trading desk is doing pre-trade analytics on its own. “There isn’t a platform that does it all. It would be nice if we could combine it with our TCA piece and see if we are getting the best pre-trade as well as post-trade,” said the FX trader/strategist.

In another live poll, 52% of attendees cited trend analysis over time as the most valuable TCA feature, while 29% picked pre-trade estimates and suggestions, and 19% selected individual order TCA.

Whether the type of data is streaming prices, pre-trade analytics or TCA, one of the biggest difficulties is getting that data, said the third-party provider. Among the decisions asset managers face is whether to capture it and store it themselves, or to use a platform like an execution management system (EMS) to capture that data for them automatically.

“Buy-side firms that collect data on their own have significant infrastructure investment or teams taking it on, commented Uday Chebrolu, Senior Vice President, Head of Product at FlexTrade. “Without dedicated data teams, the alternative is to rely on their EMS/TCA providers. “Relying on the EMS/TCA provider is more common than the client building the whole infrastructure,” said Chebrolu.

“Technology providers like us are giving the buy-side tools to curate liquidity streams.” What makes it more challenging in FX is that there is no centralized limit order book like in equities or consolidated tape, noted Chebrolu.

“If two clients trade with the same bank, both clients are getting different prices based on their credit and trading profile,” explained Chebrolu. Aggregation technology enables the buy side to get the same price for the same instrument from multiple counterparties so they can pick who is the best counterparty, he said. “That is why obtaining data from multiple sources to normalize the prices is important,” said Chebrolu.

In addition to trading on different ECNs such as Hotspot and FastMatch, multi-dealer platforms, such as FxAll and Currenex, as well as aggregators, the buy-side is still executing with voice brokers and interacting with chat systems. “It’s important to capture competing quotes around the time the voice order is put into the market. This gives the trader a sense of whether the voice order was filled in line with the prevailing market,” he said.

What has also happened is there has been a proliferation of TCA providers in the FX space, so the buy-side is relying on the TCA providers to get peer comparison benchmark data,” said Chebrolu.

Data collection for TCA depends on what type of data is necessary and whether the FX trader can obtain data on their own or need to lean on a third-party vendor. For example, a trading desk can collect voice spreads on its own, said Millennium’s Wood. That second part is how to visualize the data, which is the part that allows the firm to make judgments far quicker, said Wood, who indicated that Millennium has internal tools that enable it collect certain data and visualize it.

As for how it approaches TCA, Millennium’s Wood said TCA is a value-add that creates a feedback loop. “It almost sits in this evolution of a trading wheel where if you start with scenario where you have enough data and enough of the trades, it gives you a solid enough point to pass judgement.” An FX trader can use the analysis to decide which LPs to put into a pool, he said.

“At this point, you can define a pool of banks that you know will be good at $10 million and under Aussie dollar or $20-$30 million Eurodollar. That can be used to automate some of your trading,” said Wood. “That kind of feeds the pre-trade analytics, which feeds the trading, and then feeds TCA which goes round and round.”

Though the buzzword in trading analytics has been the term “big data,” the benefit is not just about having lots of data. “It’s about being able to interpret the data, visualize it and adjust your execution based upon it,” said the data/analytics expert.

As much as buy-side traders need to collect data to feed the analytics, the last thing they want is a pile of information dumped on them. “You want the right information, the right data,” said Munir.

FlexTrade Insights Blog
Comments are off for this post.
A key innovation is the ability to dynamically switch between algos and/or tweak algo parameters based on the current...