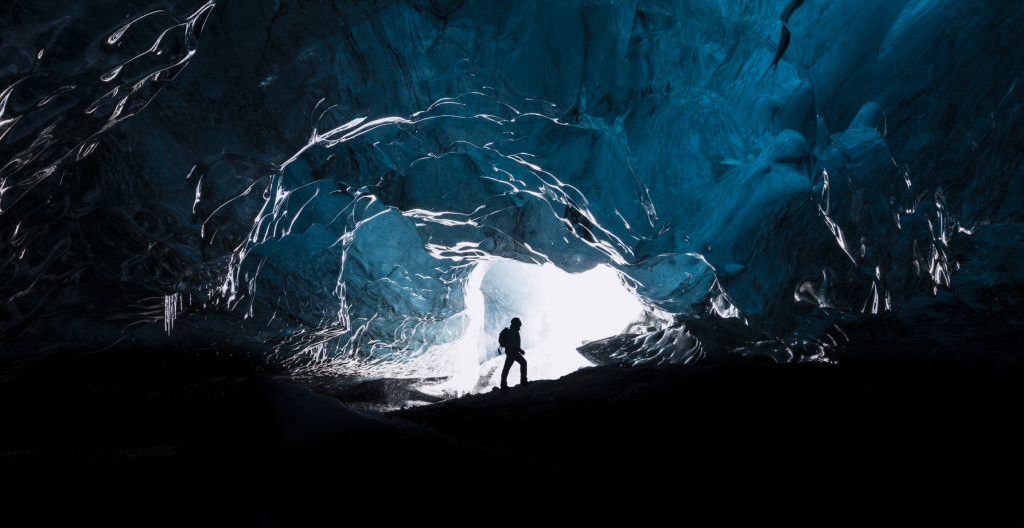 Amid industry conversations around off-exchange trading, there’s been a renaissance in alternative trading systems (ATSs) as both new and existing dark pools look to solve liquidity problems for institutions.

Dark pools catering to institutions have evolved with innovative methods of matching orders and faster matching engines to avoid moving the price after the trade.  It’s also a sign of the intense competition brewing between off-exchange venues seeking to sign up brokers and institutions.

One of the latest entrants is PureStream Trading Technologies, a U.S. stock trading venue that algorithmically matches orders against streaming block liquidity. The startup went live on Aug. 27 with all national market system (NMS) symbols.

In a market where the average order size is 135-to-200 shares, the new crossing network is addressing the challenges that asset managers face when executing block trades without information leakage.

It closed a $14 million series A fundraising round from the likes of Nasdaq Ventures, Goldman Sachs, BMO Financial Group, Bank of America, Alliance Bernstein, and Mac Venture Capital, reported Reuters in March.  The company signed up 15 major broker-dealer clients to submit orders ahead of its launch, said Reuters.

“What we are all about is increasing the bandwidth-of-liquidity transfer. We think institutions are basically having to trade slow and small. They can’t get the throughput that they need, and a new way is necessary,” said Armando Diaz, CEO of PureStream Technologies, in an interview. Diaz was previously global head of cash equities at Citigroup, and prior to that worked at Goldman Sachs and Millennium Investments. Those experiences influenced his approach to PureStream.

Diaz said that his work with indications-of-interest (IOIs) and dark pools as a trader tells him that institutions with potential matches only want to do a block 25% of the time and 75% of the time, one or both contras are in an algorithm, and they want price discovery.

Rather than risk sending out a series of child orders into the broader market one fill-at-a-time, PureStream allows brokers to execute against a stream from other brokers or institutions. Diaz calls this streaming block liquidity – “it has the match characteristics of a block, it’s bilateral and it has the price discovery of an algo because you are getting some fractal or multiple in this case of everything that trades.”

While institutional liquidity is not always available in a single trade, there is a lot of liquidity available in the algorithms, said Diaz. This is known as “algo scraping because 99% of what’s in an algo is latent, unmatchable, and uncrossable,” said Diaz. “What we’ve done is taken the liquidity that is now constrained in the algo waiting for future volume to be matchable and solved the constraint with liquidity that’s in there,” he explained.

In March, PureStream announced that it chose to host its matching engine on the Nasdaq Execution Platform, which outsources its technology to other exchanges and ATSs.  The company said that institutional orders sent to its ATS will be filled 40 times faster than on current trading platforms.

The key differentiator is that PureStream gives priority to matching orders based on how much liquidity they are offering, rather than the time of arrival at the venue.  “We are not price-time based,” said Diaz referring to the way most exchanges and ATSs match trades. “We are rate-based trading,” he said.

The ATS offers four standard order types – either 1% -5%, 5-30% or 10-200% of each trade that takes place in the market, or liquidity seeking, and a fifth type is custom, where the broker can specify their own minimum and maximum rate.  “Someone who wants to trade 200% of the volume, doesn’t want to be paired up with someone who wants 5%,” said Diaz.

For example, if a trade hits the tape for 1,000 shares at $36, a buy order in PureStream to match at 10% would get 100 shares, and the order seeking 200% would get double that amount or 2,000 shares at $36.  The price of $36 is based on the trade event that hit the tape. If the average price is $36.095, each order would receive the same average price, multiplied by the match rate and the quantity of shares traded in the market.

Another difference is that PureStream is not using the national best bid and offer (NBBO), but it takes the prices from the consolidated tape or SIP (securities information processor) that are occurring naturally, said Diaz.  Each fill in PureStream is based on a reference trade on the SIP. Since every trade that occurs on exchange or on an ATS is reported to the tape, the ATS is applying that percentage rate to the quantity reported.

This provides “ubiquitous protection within the NBBO,” said Diaz, in a market where high-frequency market-makers know what trades are going to report before they hit the tape.  They can infer the trades from the quotes that disappear based on their queue position. Once something hits the tape, they’re already aware of it, and when it reports, the information is useless, said Diaz. Thus, as an algo executes, “the price discovery may have taken place at a different price and the price is now higher. By mimicking each unit of price discovery in a fractal, we eliminate the challenge,” he said.

PureStream’s launch follows a burst of dealmaking activity involving ATSs as exchanges and brokers look to diversify their revenue streams, and fight for the remaining 50% of the volume that is traded off-exchange.

Citing a “resurgence” in ATSs, Shane Swanson, Senior Analyst in the Market Structure and Technology Practice at Coalition Greenwich, who moderated a panel at the 85th STANY conference in September, said, “There’s been investments, sales, and new launches of ATSs.”

At the Securities Traders Association (STA) annual conference in Washington, DC, TR Lazo, Chief Legal Officer at BIDS Trading, said the venue is not designed for speed. “It’s to bring efficiencies to the block trading process, and to look for other ways to make the trading environment better for our users.”  He noted that “BIDS has introduced interaction between buy-side firms and central risk books, and that has been successful, but it’s not based on who is there first.” He also said that “BIDS is looking at becoming a neutral destination for things like VWAP, which would be again not for speed, but for efficiency.”

Meanwhile, to gain market share and compete with the incumbent venues, new ATSs are leveraging speed and data to discover more liquidity in a market that is increasingly algorithmically driven.

“Some of the new ATSs like PureStream and Intelligent Cross have the capacity to take in data in real time, and create strategies and new innovations off that,” said Jennifer Fagenson, Head of Equity Product, Dash Financial, speaking on the STANY panel in September. The volume of data and complexity of U.S. equity market structure is driving ATSs and exchanges to adapt and innovate with innovative order types, said Fagenson.

Intelligent Cross ATS is the first venue to use artificial intelligence and machine learning to match orders to minimize market impact and adverse selection. Launched in 2018, it ranked  No. 21 at the start of 2020 and reached No. 5 for ATS volumes for the week ending Oct. 11, 2021, according to the weekly ATS statistics aggregated by the Financial Industry Association (FINRA). “We have shown that by growing in volume, the ATS can get performance and much more liquidity without necessarily trading in blocks,” said Roman Ginis, CEO of Imperative Execution, which operates the AI-driven ATS equity venues, in an interview.

While Intelligent Cross operates a dark book that matches discrete orders at the midpoint, it’s the only ATS to operate a lit order book, ASPEN, with displayed prices in over 4,000 names daily.  In May, the AI-powered venue announced that ASPEN offers better prices than most securities exchanges nearly seven million times per day, according to a study by market data firm Exegy. “The superior quotes on IntelligentCross are due to our AI innovation in matching buyers and sellers close to fair value,” said Ginis in the announcement. Better prices are drawing more trading volume to Intelligent Cross, the company said.

Given that brokers have an obligation to route to the best price available in the market, Ginis said ASPEN ATS “provides a significant performance and best execution opportunity that investors can and should capture as part of their broker or trader’s order routing decision.” In October, Ginis posted on LinkedIn that “Aspen’s displayed orders are priced better than the NBBO on exchanges 43% of the time for spread savings of 30% on average.”

Analysts have noted that the renewed interest in ATSs is happening amid uncertainty related to the potential changes in equity market structure.  As previously reported, the SEC is examining the increase in off-exchange trading related to retail orders being internalized on wholesale market maker platforms.

In the first half of 2021, off-exchange trading has grown from 34.49% of average daily volume (ADV) in 2015, to 44.29% of overall (ADV), according to data from Coalition Greenwich, in Swanson’s blog “Maneuvers in the Dark.” That 10% increase has been linked to the boom in retail activity that is being routed to market maker execution platforms, wrote Swanson.

It remains to be seen if volumes will increase dramatically in the institutional ATSs. But research by Coalition Greenwich shows an anticipated increase in usage of crossing networks by all sizes of buy-side institutions over the next three years. While usage of crossing networks is expected to increase from 8% in Q1 2021 to 10% in 2024, low-touch algorithm trades could see a relatively large increase from 35 % to 39% in three years, which could be a sign of why dark pools are gaining “strong attention,” wrote Swanson.

With an equity trading ecosystem comprised of 16 exchanges and 34 ATSs, and potential for additional new entrants, some observers question whether new ATSs are adding more complexity to the markets and requiring brokers to connect to more venues.

PureStream’s Diaz said that brokers have no problem reaching all the venues, using smart order routers and execution management systems. “The reason that brokers are adopting PureStream, said Diaz, is that their algo goes from sending orders into the market for each fill, to being in a match where they no longer need to send orders out,” he said.  In addition, it is offering “ubiquitous protection within the NBBO for all venues that they can’t access including internalization venues that print to the tape.”

SEC chairman Gary Gensler has raised concerns about stocks trading away from the lit markets and impacting the price discovery process. But industry veterans at STA spoke about the need for on-exchange and off-exchange venues to co-exist.

Diaz believes that PureStream is complementary to exchanges which provide price discovery in the lit markets. “We’re really about institutional liquidity discovery. We’re accepting that the prices are efficient in the market. We’re helping them transfer more liquidity per unit of price discovery,” said Diaz.