As Election Points to Turbulence, Sell Side to Rely Even More on Technology 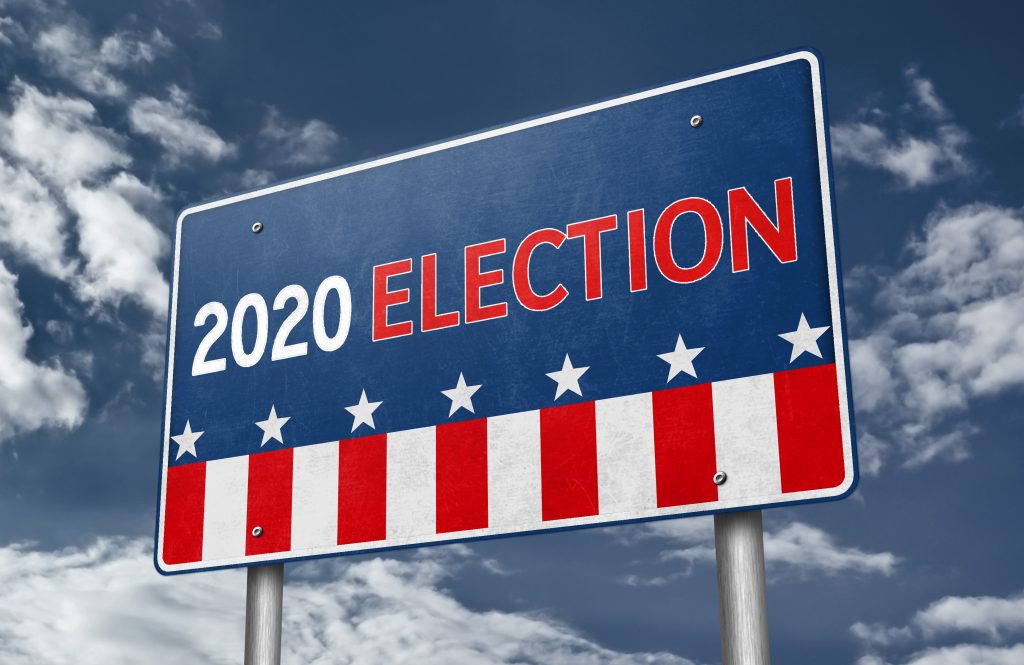 With the US presidential election less than two months away, sell-side trading desks are preparing for potential bouts of volatility and surges in trading volume in equities.

Given the impact of the global pandemic, and the heightened levels of volatility in March, industry observers are looking to experience extreme volatility leading up to election based on polling numbers.

Every Wall street analyst is crunching the data, but polls are part of the uncertainty.  While Biden is projected to have a double-digit lead in certain polls, that race has already tightened. According to Real Clear Politics on Sept. 8, the average RCP betting odds are 53.3 Biden vs. 46.0 for Trump.  Nick Colas, Co-Founder of DataTrek Research, wrote that while Biden received a bounce after the Democratic Convention, offshore odds continue to trend towards 50:50. “That makes sense to us since bookmakers know to look through convention bounces in polling data.”

Meanwhile, a sell-off in giant tech stocks such as Apple, Amazon, Facebook, Nvidia, and Alphabet Inc., occurred prior to the Labor Day weekend.  The tech-heavy Nasdaq Composite Index fell 3.3 % last week after a burst of volatility, it’s largest decline since March, reported MarketWatch.  As the slump in big tech stocks resumed on Sept. 8, putting pressure on the major indexes, analysts suggested a rotation was underway.

With extremely high valuations for stocks, there’s a lot of debate on whether the current risk priced in reflects reality, given an 8.4% rate of unemployment, and gridlock over lawmakers passing a stimulus package to help U.S. consumers and businesses.  Failure to enact a relief package could weigh on market sentiment this fall, reported the Wall Street Journal. Investors are also nervous about the potential for chaos if the election results are questioned.

History shows that the months leading up to a presidential election are typically volatile as the market doesn’t like uncertainty, wrote Forbes contributor Kristin McKenna, managing director at Darrow Wealth Management in Boston. But McKenna also warns against paying too much attention to “bold predictions,” because the markets absorb new information and recover.  Looking back to the 2016 election on Nov. 8 between Donald Trump and Hillary Clinton, as state polling results came in, and it became apparent that Trump was winning, stock index futures sank quickly. Overnight, Dow futures plummeted close to 800 points. “The S&P 500 fell more than 5% in pre-market trading, triggering a circuit breaker to halt trading”, wrote McKenna. By time the market closed the next day (Nov. 9) after the election, the index was up 1 %.

The timing of the presidential election is also different this time.  Even though state polling places will report their counts on election night, Americans are bracing the possibility that the election results won’t be known that night or by morning.

Any attempt by Trump to postpone the election or any delays with mail-in ballots due to disruptions in the US Postal Service could prolong the market uncertainty. Given the concerns over Covid-19 igniting in the late fall due to colder temperatures, and the volatility that erupted last March and April, it is not too much of a leap to speculate that this could exacerbate volatility.

Against this uncertainty, brokers are turning to derivatives to hedge institutional portfolios in the event of market turbulence either before or after the election.

Options contracts have been forecasting an increase in volatility in stock prices from September 2020 to December 2020, which includes the Nov. 3 presidential election, based on analysis from Wells Fargo Securities, according to the WSJ in “Traders Brace for Haywire Markets Around Presidential Election.”

With anxiety increasing as the election approaches, experts are watching the VIX for clues about market behavior. “The VIX has risen an average of about four points ahead of the past seven elections since its inception,” reported the WSJ in the Aug. 16 article. A UBS equity derivatives analyst told the WSJ that investors are paying more for VIX futures tied to October than September than they have in the past four election cycles dating back to 2004.

While the VIX has trended down from its peak of 82.69 on March 16 during the COVID-19 induced volatility, experts say the “fear gauge” is still elevated, noting that rallying stock markets are associated with a low VIX.

The VIX had an average daily closing value of 34.49 in the second quarter. “That was the highest quarterly average since the first three months of 2009, according to CBOE Global Markets Inc. data,” reported S&P Global Markets Intelligence.  While the VIX has been stuck in the 20s for most of the summer, the VIX was around 15 in January in pre-COVID times. On Sept. 8, the VIX was at 33.43.

On Aug. 27, while both the S&P 500 and Nasdaq stretched to new highs, the VIX rose more than 5 % that day, Fortune wrote a piece suggesting the VIX is flashing a warning signal.  “Simultaneous increases in equity and volatility gauges are unusual, and a reason for concern for some,” wrote Fortune.  The story cites a note by Jason Goepfert, president of Sundial Capital Research Inc., who wrote: “Wednesday was the first time in about two decades the CBOE Volatility Index — or VIX — rose more than 5% as the S&P 500 rose over 1% to a record.”

One of the catalysts for an elevated VIX could be proximity to the presidential election. As Nicholas Colas, Co-Founder of DataTrek Research, pointed out: “If one wants to pin a higher-than-expected VIX on a reasonable catalyst, the upcoming US election is as good as anything out there,” wrote Colas. Examining VIX history in the 1990s, Colas recalls that the VIX remained consistently over 20 during 1997, when the S&P rose 33% (Asian crisis) and 1998 when the S&P increased 33% (Long Term Capital Management)  when the VIX was over 35, “with no lasting damage to the rally in U.S. stocks.”

Regardless of how the election turns out, sell-side firms heading into rough waters need the proper technology and throughput tolerance to sustain increased volumes and ride-out elevated volatility.  In addition, more and more firms are investing in sophisticated analytics and technology tools to manage their cash equities, options, and futures businesses, to not only navigate, but, excel during these momentous trading cycles

It is conceivable that US equity market structure could be tested again, and brokerage firms will be counting on the resiliency of their trading systems, which is why firms need a strong order-management system with integrated equity and options analytics, including connectivity to  a breadth of other broker/dealers, exchanges, and ATSs.

Brokers that successfully maneuvered through the COVID-volumes deserve praise for navigating this year’s choppiness for sure. Firms that had difficulty through the pandemic, could face even tougher challenges come Q4.

In March, U.S. stock exchanges that were handling an average of six or seven billion shares a day, saw volumes spike to 19.4 billion shares on Feb.28, the second-highest level ever. Some firms saw up to a 3-4 X jump in client volumes. As was noted previously, Flex OMS was battle-tested during the COVID-fueled volatility of March and April and came through with flying colors. [See our blog:  “Is Remote Work Leading to a Paradigm Shift on the Trading Desk?”]

Now with the anxiety over the 2020 election, firms need to examine the robustness of their trading technology. Are they prepared for another round of market turbulence?  Even though they’ve been through it before, all business stakeholders, head traders, and executive committees, are concerned about the potential for immense volume upticks and increases in volatility. Thoughts may go back to shelved IT recommendations in months and years past to upgrade networks and invest in more advanced technologies.  After navigating many years of facing decreased commission wallets and volumes, no one wants to be caught flat-footed on technology.

Clearly, there will be a large quotient of unpredictability during this presidential race between now and election day.  In fact, there are more unknowns during this election cycle versus previous; such as, when will an effective COVID-19 vaccine materialize, will slowdowns in the postal service impact mail-in ballots, and, will there be additional drama over a disputed election?  In the face of uncertainty, what will matter most for industry leaders as far as sleeping at night is the resiliency and speed of your trading system. That is something firms must be confident in every day; plausibly even more so in the days leading up to this election and beyond.

Insights
Comments are off for this post.
The discussion looked at the shifting risk trends that institutional investors are facing and how they are bringing in...

Will Overnight Trading Evolve into a 24-Hour Stock Market?

Insights
Comments are off for this post.
Despite past attempts to usher in 24-hour trading in U.S. equities, a major catalyst behind the current momentum has...

News, Press Releases
Comments are off for this post.
FlexTrade’s cloud-based EMS has been selected by one of South Africa’s largest asset managers LONDON, October 19, 2021 –...

Facing Economic Headwinds, the Buy Side Turns to Outsourcing

Insights, Insights
Comments are off for this post.
With the demand for increased efficiency and fee pressure from low-cost passive index strategies, in recent years, outsourced trading...