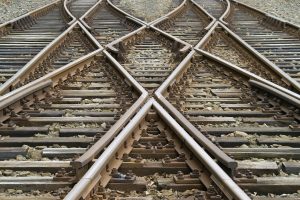 The US ecosystem for swap execution facilities continues to evolve, but not as rapidly as regulators and lawmakers anticipated. Despite the shift to electronic trading, some observers question if swaps trading has reached a new equilibrium. The vision of a buy-side trader sitting in front of a screen with the ability to anonymously click on streaming prices from multiple SEFs could be several years away.  However, new liquidity providers could be catalysts for change in market structure, suggested speakers at a recent webinar.

Currently, swaps trading volume is concentrated with the top dealers. According to a Greenwich Associates study on interest rate derivatives, more than 60% of dealer notional weighted market share of buy-side trading in interest rate derivatives was executed through the five top dealers. Only 24% went through 6-10 dealers and 13% was sent to 11-20 dealers. “One of the main goals of Dodd Frank was to diversify the liquidity landscape to reduce systemic risk, so if one market player was to malfunction, there would be plenty of players to pick this up,” said Kevin McPartland, head of market structure and technology at Greenwich Associates during the webinar. The concentration levels began to increase in 2012 and this year are as high as they were before the financial crisis, noted McPartland.

Panelists cited the demand for non-traditional liquidity providers, predicting they will bring more liquidity and competition into the swaps market. But, new entrants need to operate at the top of their game in order for the customer to reconsider their existing relationship.

In July of 2014, Citadel, the market-making unit of the Chicago-based financial firm, began making markets on SEFs, according to an article in RiskNet.  The trading powerhouse is said to be making a significant difference by providing firm quotes on SEF platforms, noted one panelist. “The question is why more new liquidity providers haven’t come into the market and what is the impediment to them?” asked McPartland.

Mandatory clearing and the requirement that all swaps must trade on electronic venues was supposed to mean that firms no longer had to worry about whom they traded. The idea was that people could focus on best price and trade through multiple dealers.

“The current electronic version of swaps trading, called request for quote, isn’t well-suited for computerized firms because it involves traders negotiating prices rather than computer programs deciding when to buy and sell.” Such firms trade in the futures exchanges, where computers match client orders based on central limit order books.  These firms would prefer a more exchange-like market for swaps, according to Bloomberg.

Non-traditional liquidity providers also tend to bring a technical capability to the equation. Most buy-side firms would rather trade faster, not slower, and have live prices, a panelist said.  Alternative liquidity providers can facilitate market structure changes that require new pricing and faster technology, but they must also work together with large firms that bring capital and large franchises.

“Buy-side firms now have the technical capability to execute swap trades on SEFs, so why aren’t they changing their behavior?” asked McPartland.  The SEFs operate central limit order books, but SEF operators have cited low demand for these venues.

People have adjusted to so many changes, such as implementing clearing and data reporting, there is no appetite to change workflows, suggested one panelist.  Buy-siders are content taking prices, rather than making prices, said the same panelist.

In terms of trading protocols, the market is still dominated by request for quote trading on SEFs, and the clients are comfortable with it. RFQ is a good way to move a large order and remain anonymous, notes a technology source not participating in the webinar.

Most of the dealer-to-customer volume is happening on two SEFs with disclosed RFQ with the dealers having the last look at prices, said one of the panelists. The interdealer volume has moved to SEFs but is bifurcated between five IDBs and DealerWeb (operated by Tradeweb) handling all the dealer-to dealer-volume and very little buy-side volume. Block trades are still created the old fashion way, by voice and then subjected to breakage agreements and clearing, noted the panelist.

McPartland asked if there’s a need for more trading protocols to encourage new liquidity providers to step in.  The introduction of firm prices is new to the swaps market, said one speaker. Traditionally, someone would get a price, but the dealer would have a last look and either accept or reject it.  Other market makers are looking to replicate their experience in fixed income over to swap trading venues. One panelist said his firm is applying RFQ to live streaming prices, which is similar to clicking a price on a central limit order book.

Panelists concurred that customers want a better RFQ process, but they don’t necessarily want a so-called central limit order book or CLOB.  As far as needing more trading protocols, customers have a variety of competitive platforms to pick from. There isn’t a massive desire to change the way they trade, the source said.

While there’s been a lot of talk about CLOB trading and why it hasn’t taken off, one panelist said it takes a lot for buy-side clients to change their workflow.  After going through the clearing mandate, buy-siders are not keen to change their workflow processes. In addition, impediments such as lack of average pricing and lack of anonymity with the interdealer SEFs continue to exist. Though many on the buy-side say they want CLOB trading, it won’t happen until all the pieces are in place and the market is ready, suggested one panelist.

However, SEFs are gearing up for a changing ecosystem.  More standardized swaps known as Market Agreed Coupon contracts, known as MAC swaps, are expected to appeal to buy-side firms. MAC swaps, which emerged in 2013, have a range of pre-set terms including start and end dates, coupons, currencies and maturities, similar to interest-rate futures.  “

“We have a MAC swap order book, outright rates in multiple currencies, and are connected to platforms such as UBS NEO,” explains Michael Koegler, Managing Director, Marketing & Strategy at Javelin Capital Markets, LLC, speaking on the Greenwich Associates webinar.

Panelists predict that the stage is set for more adoption of new innovations and styles of trading over the next few years.  “If alternative liquidity providers enter the swap market to provide liquidity they will get a good reception from the buy-side,” said Koegler.

It remains to be seen whether MAC products are the tipping point that will push the buy-side toward the era of standardized swap trading.

Up to the Buy-Side?

Now that the dust has settled with the clearing mandate, the onus is on the buy-side to connect with different platforms or agency desks offering aggregators, panelists said. In the meantime, the industry could see different venues emerge as order books and others as RFQ venues borrowing practices from each other.

Insights
Comments are off for this post.
Banks and asset managers relied on global teams to backup and transfer workloads during the pandemic. But, in moments...

Insights
Comments are off for this post.
With the proliferation of algorithms in currency markets and regulatory pressure to prove best execution, buy-side trading desks are...

AI: Natural Language Processing and the Battle for Unstructured Data

Insights
Comments are off for this post.
Increasingly banks are turning to the field of natural language processing (NLP) and machine learning to extract valuable information...