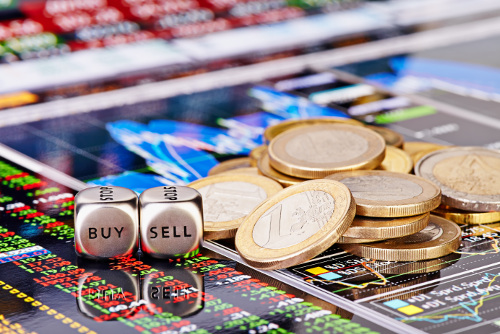 With the proliferation of algorithms in currency markets and regulatory pressure to prove best execution, buy-side trading desks are adopting algorithms to source liquidity and lower trading costs in FX trading.

“Adoption of algorithms and TCA has been growing on the buy side for the past ten years”, said Yue Malan, senior analyst, Aite Group during the firm’s Jan. 16 webinar on The Top 10 Trends in Institutional Securities and Investments,2020: Entering the Tumultuous Twenties.

In the past six years, the share of algo trading in the $6.6 trillion FX spot market has doubled to 27%, according to a Reuters article citing a study conducted by Greenwich Associates.

Although algorithmic markets had remained surprisingly flat for five years, a spike in activity occurred last year, when many market participants “took a leap into the algorithmic pool,” which resulted in a 25% year over year growth rate, stated Greenwich based on its report, “FX Execution: Competing in a World of Algos.”

As a sign that FX algo volumes from the buy side have picked up, last September Refinitiv reported a 41% surge in buy-side algo trading activity on its FXall trading platform for the year-on-year second quarter of 2019.  Part of the increase in volume was linked to multinational corporations using FX algos for their substantial hedging needs as well. Refinitiv told

While significant volume has been put through algos by asset managers, there are differences in adoption rates between distinct customer segments. Hedge funds have been among the first movers in utilizing FX algos to generate alpha, and some quant funds have been known to execute via black box FX algos to conceal their strategies.  But institutional asset managers—also referred to as real money accounts–have been a bit slower to embrace e-trading in currencies, and by some estimates account for about 15% or less of the buy-side algo market.

However, it’s going to be hard to ignore the advantages of FX algos. In currency trading, algos allow institutions to source liquidity from different banks, minimize trading costs, capture time stamps on each fill, and stealthy place trades across multiple venues.

Institutions have adopted algorithms as an execution tool to split up large buy-or sell-orders into smaller digestible pieces that can be dispersed across different venues and executed against one or more liquidity pools.“The primary reasons that an asset manager will use algos is to minimize their footprint on the street and reduce information leakage and market impact,” said Paul  Alves, Senior Vice President, Global Head of Business Development for FlexFX,  the buy-side EMS for FX. 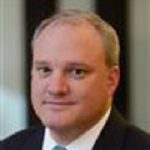 “Although real money clients are not necessarily trading FX as an asset class,  institutional clients are increasingly looking at FX as a potential source of data, while at the same time, they are constrained by credit lines, regulatory requirements, and the importance of ensuring proper settlement,” said Alves.  They want to trade FX to minimize beta and any uncertainty in the process,” said Alves, underscoring the importance of clearing and settling trades properly.

The vast majority of FlexFX institutional clients use algos to execute a percentage of their trades through the system, either bank-provided algos, in-house proprietary algos or Flex built custom algos, that can be run against executable streams.

As the buy side becomes more accepting of FX algos, banks have invested in their algorithms to improve the quality of their executions and to help their clients reduce trading costs.

“To wage a war of algorithms, as of the end of 2019 banks were offering 187 different strategies that buy-side institutions can choose among,” said Aite Group’s Yue Malan.

While the first generation of algorithms were time-weighted average price (TWAP) and volume weighted average price (VWAP), the second generation of algorithm were developed to source and aggregate liquidity fragmented across many ECNs and venues. Next, the third generation of algos, known as “adaptive,” deployed “basic forms of AI technology and real-time insights” so that algos can self-adjust when working the trade, explained Asif Razaq, global head of automated client execution at BNP Paribas, to The Trade in “BNP Paribas gives FX algos a voice with launch of Alix digital trading assistant.”

Next Generation Algos with ML and AI

To provide the buy side with more real-time insight into algos, banks are innovating by incorporating machine learning and artificial intelligence into FX algorithms.

In another case, JP Morgan launched DNA, a neural network for algo execution to enhance usage of its FX algos. This uses machine learning to select and evaluate its FX algos and execution orders with one strategy, said Aite’s analyst.

With so many different algorithmic strategies in play, effort must be placed in understanding and testing the different execution strategies with each bank.

As the algos become more sophisticated, there is demand for more transparency into how the algorithms work. “With the algo getting more elaborate, transparency becomes key to further adoption by the buy side,” said Aite’s Malan.

“Asset managers will rely on TCA to evaluate the performance of the execution done by algos,” said the analyst.  In Malan’s view, the next generation of TCA will use AI and machine learning to optimize the parameters, such as using reinforcement learning to assess output and retrain the models,” said Malan. “Advanced TCA will also enable pre-trade analytics, providing a feedback loop from post-trade results,” said the analyst.

However, to a certain extent, many real-money accounts are still trading FX via voice, which creates a lot of challenges for TCA and meeting the new regulatory requirements.

“MiFID II, Dodd Frank and the market in general, are all pushing the industry toward electronic execution and best execution analysis,” said Alves. “FX algos provide time stamps and data capture required by today’s sophisticated TCA systems. By contrast, voice trades can create challenges with TCA,” he said. “Asset managers using an algo with one bank for spot FX have the ability to demonstrate best execution vs. sending an order to a broad group of sell sides,” said Alves.

While FX algos have gained traction with the buy side, there needs to be a lot of emphasis on workflow and the post-trade process. “If the buy side takes a trade and slices and dices it among several banks, from a technology perspective, we need to ensure that those pieces are put back together properly and that trades are booked properly ,” said Alves, adding that otherwise there could be potential fails and broken trades, resulting in a negative impact on the firm and their underlying clients.. In this area, Alves said that “FlexTrade certifies  each algo, ensuring that the brokers, booking systems, and all downstream systems correctly process the trades, so it doesn’t add any operational risk to the process.”

With the overall nudge by regulators toward electronic executions, there is an expectation that algorithmic trading in currencies will gain more traction among institutional fund managers.  However, it remains to be seen how far the adoption rates on the buy side will climb.

Even with factors like the new MiFID requirements for best execution which favor electronic trading, institutions and corporations did not shift trading volume away from voice trading to e-trading last year, noted Greenwich. In fact, the share of notional FX trading volume executed electronically has remained around 80% for he past several years, it said.

But what could motivate the buy side to take a bigger leap into FX algos is the opportunity to analyze their own data sets. Demand for pre-and post-trade analytics with enhancements from machine learning and TCA, could be a driving force in algo trading adoption, further motivating hedge funds and real-money accounts to jump onboard the FX algo train.