Our Top 10 FlexAdvantage Blog Stories for 2016 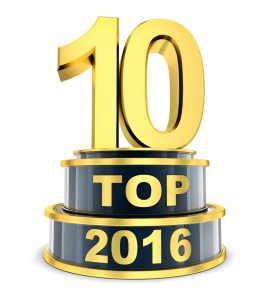 It’s been an interesting year for the FlexAdvantage blog’s coverage of the industry’s news.  From government regulations, such as MiFID II, Last Look, Tick Pilot and Maker Taker,  to buy side involvement in FX and Fixed Income as well as a 20th Anniversary celebration with FlexTrade, following below is our countdown of the Top 10 FlexAdvantage Blog posts for 2016.  Enjoy! 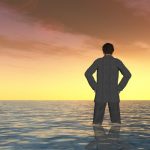 Due to liquidity constraints, are buy-side fixed income traders prepared to play a more active role as price-makers on electronic trading platforms?

Institutional traders at Markets Media’s Fixed Income Trading Summit on April 21 agreed that “behavior change” is necessary in light of sell-side firms reducing their market-making capacity and cutting their inventories of bonds.

Experts have been concerned about a potential liquidity crisis in the $8 trillion corporate bond market because of the growth of new corporate bond issuance, which has been in excess of $1.2 trillion in each of the past three years.

9. A Tale of Two Pilots: Maker-Taker and the Tick Pilot 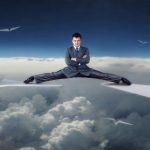 At the March 3 hearing, lawmakers repeatedly cited delays in developing the consolidated audit trail, or CAT system, for market-wide surveillance, questioning to what extent progress has been made.

“It’s beyond frustrating that six years after the Flash Crash we still haven’t built the CAT,” stated Sen. Michael Crapo (R-Idaho), who is a ranking member of the Banking, Housing and Urban Affairs Subcommittee on securities, insurance and investment. They also cited a lack of progress on bond market transparency whereby brokers are charging markups and markdowns on retail bond trades. 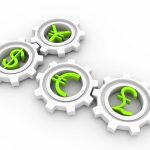 As electronic trading grows on the buy-side and top dealers retreat from sharing market color, exchanges are snapping up FX trading venues. In July, Deutsche Borse said it will buy foreign exchange trading platform 360T for $796 million to diversify and capture volume in the $5.3 trillion-a-day currency markets. This follows BATS Global Markets’ purchase of Hotspot FX from KCG Holdings for $365million earlier this year. Meanwhile, in late August, Nasdaq OMX said it’s preparing to launch its own FX trading platform, most likely in 2016, reported Reuters.

It’s not surprising that exchanges are making this bet. 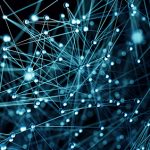 From Revolution to Evolution in the Search for Liquidity and Alpha.

Smart Order Routing (SOR) has ebbed and flowed as a topic of interest in the financial industry.  Because the functionality has become commonplace in the market, its presence in institutional trading platforms has nearly become an afterthought.  But its necessity is without doubt, especially in light of the exponential growth of electronic trading, proliferation of order types and instructions, and fragmentation of liquidity.

6. Impact of MiFID II: Unbundling, the Sell Side and Research Trends 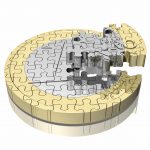 European regulators are pressing to unbundle research payments from executions. Experts say that a regulatory overhaul driven by MiFID II has the potential to disrupt the global research industry.

Many industry watchers maintain it will put pressure on sell-side firms that support teams of analysts as well as independent research providers.  It’s not clear if firms will need to unbundle the menu of research services they provide, including research reports, calls with analysts, corporate access to management teams and conferences. 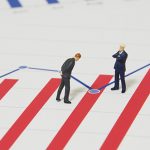 MiFID II is going to boost transparency in financial markets and improve and broaden best execution standards for the buy side, but not everyone is prepared to handle all the data.

Last month, the European Securities and Markets Authority (ESMA) published the final regulatory technical standards for MiFID II/MiFIR detailing its vision for how the regulation should be implemented.

While MIFID II standards go into force as of January 3, 2017, buy side market participants have suggested there is not enough time to prepare for the technology changes.

4. FlexTrade — Celebrating 20 Years of Leading the Way in FinTech! 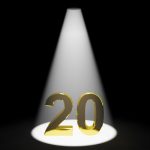 Vijay Kedia has been CEO of FlexTrade Systems since 1996. Over the past two decades, FlexTrade has evolved from a startup to a major FinTech organization providing multi-asset EMSs and OMSs, TCA, advanced analytics and algorithmic trading technology solutions to leading institutions around the world. While FlexTrade started with equities, the company has steadily expanded its coverage across foreign exchange, options, futures, ETFs and fixed-income.  With nearly 420 employees, FlexTrade serves clients in more than 20 countries, and operates offices in 18 cities in 10 countries.

On the milestone of FlexTrade’s 20th anniversary, Kedia offers his unique perspective on the past, present and future of the company and electronic trading technology in general.

Electronic bond trading is in the spotlight as traders and investors focus on a potential liquidity crunch in the U.S. corporate bond market, setting the stage for an influx of fixed income trading platforms to match buyers and sellers.

As dealers have pulled back from risk-taking, market participants are looking to electronic platforms for alternative sources of liquidity.

But why is this trend grabbing so much attention and headlines?   The reason is quite simple – uncertainty. 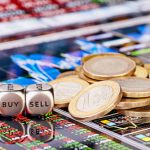 As European regulators eye the foreign exchange market, the onus is falling on buy- side firms to develop best execution standards and take more control over their trades, according to a recent industry conference.

In light of recent scandals involving currency-rate rigging, and the controversy over ‘last look’, where banks have the right to reject a trade after a client requests a quote, traders are paying close attention to data.

1. A Hard Look at Last Look in Foreign Exchange 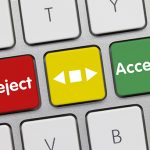 The debate over ‘last look’ in foreign exchange trading has resurfaced in 2016 as regulators continue to eye the practice and investors worry about slippage and potential market abuse.

Regulators are said to be scrutinizing FX dealing platforms that contain last look, a controversial practice that enables market makers to delay or reject trades from customers after they’ve agreed to a quoted price.

In January, the Foreign Exchange Professionals Association (FXPA), held a webinar on examining the implications of last look for the FX markets.

FlexAdvantage Blog
Comments are off for this post.
The discussion looked at the shifting risk trends that institutional investors are facing and how they are bringing in...