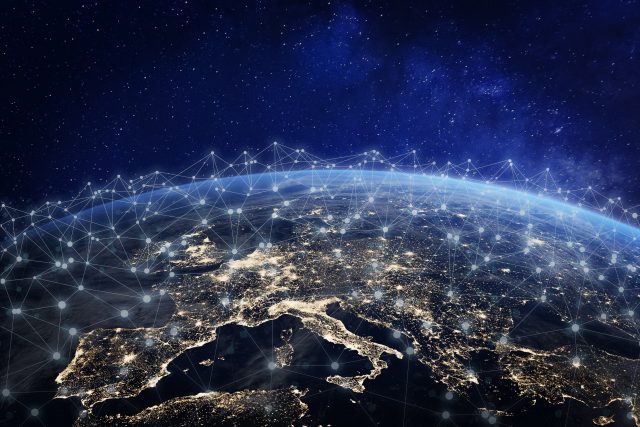 As the war in Ukraine, rising inflation, and other macroeconomic factors forced investment managers to reshuffle their portfolios in European equities markets this year, this caused buy-side traders to increase their brokerage commissions by nearly 16%, according to a recent webinar.

With soaring demand for liquidity and service levels, buy-side traders shifted more of their order flow in European equities toward program trading and dark-waiver venues, according to a July 20 Bloomberg Intelligence webinar on European Equity Trading 2022: War & Volatility.

BI’s research found that institutional traders also consolidated their commissions and algo flow with their top brokers and allocated more order flow to systematic internalizers (SIs), dealers that execute customer orders out of their own accounts with limits on pre-trade transparency.

“The biggest event going on was the war and major economic shifts driven by Covid, supply chain issues and inflation,” said Larry Tabb, head of market structure research at Bloomberg Intelligence, speaking on the webinar in July. The webinar was based on the firm’s 2022 Euro Institutional Equity Trading Study, a survey of 93 head and senior traders across the UK and Europe, conducted from May through June of this year.

Rebalancing of portfolios put stress on the equity markets and forced head traders to demand liquidity from brokers, which enabled brokers to raise their commissions rates, said Tabb. Brokers increased their commission rates by an estimated 15.8% to £2.6 billion.

One third of the traders told BI analysts that liquidity was the most significant challenge, followed by regulation and the combination of volatility, inflation, and the war in Ukraine. About 17% of large managers said liquidity was the top concern, seconded by 8% of medium firms and 8% of small firms.

Due to concerns around Ukraine and inflation, portfolio managers had to rethink their investment strategies, selling some older positions, and buying new ones, driving up average daily equity volumes 21.3 % through midyear.

As a result, there were shifts in liquidity patterns in Eastern Europe. For example, on the Warsaw Stock Exchange, which is closest to Ukraine, equity volumes decreased by 6.5% while volumes increased more than 50% in Prague and Budapest, and 27% in Vienna, known as “the traditional gateway to Eastern Europe,” noted the report.

Euronext’s acquisitions of stock exchanges in Oslo and Dublin also paid off, as both exchanges increased their volumes more than 40% from 2021, said Tabb.

In terms of how the Russia’s invasion of Ukraine influenced trading, 39% of traders cited increased market volatility, and 37% of respondents said it caused them to reduce exposure to certain sectors and regions.

When demand for liquidity heated up, the buy-side paid more to trade overall. However, BI’s research found that cost was less of a factor for institutions than liquidity and higher service levels.

To compete for liquidity and attention from brokers, buy-side firms tend to concentrate their flow with fewer brokers. For example, larger funds reduced their lists by 35% and smaller buy-sides reduced their lists by 11 %. Mid-size firms were looking for opportunities, so they concentrated their flow with the top 10 players to get more favorable service.

How are European buy-side traders spending their commissions?

About 26% of respondents said they want “good algos and automation capabilities, liquidity and best execution,” said Tabb noting these are the major ways that brokers interact with markets.

Best execution, including high-and low-touch, was also a priority cited by 10% of large firms, 3% of medium firms or 13% overall.

While repositioning their European equity portfolios, firms made shifts in their choice of electronic trading channels.

In the past, European traders increased their allocation to algorithmic/direct market access (DMA) while reducing high-touch trading. This year, the biggest increase was seen in program trading by about 34%. “Buy side funds are migrating flow to PT desks as they lower allocations to algos and high-touch by about 7%,” said Tabb.

Another key finding is that traders routed about 11.7% of their order flow to systematic internalizers (SIs), usually an investment bank or counterparty that deals on its own account when executing client orders outside of a regulated MTF (multilateral trading facility) or OTF (organized trading facility).

Overall, European equities traders raised their allocation to dark-waiver programs by 21% to 6% of their total flow, according to BI’s research. Commission rates for dark waiver trades increased over 2021’s dark trading rate by almost 17% to 4.19 bps. (This is the first time that BI split out dark-trading rates into the different waiver categories, whereas before this was covered under crossing networks.)

On Aug. 22, Norges Bank Investment Management (NBIM) became the first buy-side firm to execute a trade using the new algorithmic bookbuilding platform recently launched by Appital and Turquoise, reported The Trade. FlexTrade was among the first EMS providers to offer the integration with Appital and Turquoise, the London Stock Exchange Group’s (LSEG) pan-European trading venue. “This new initiative is very important for buyside-to buy-side trading because it can handle in excess of five days average day volume (ADV),” said Dan Enstedt, Director of Sales and Business Development EMEA at FlexTrade.

Last December, The Trade reported that Appital had completed a successful beta program, a first EMS integration with FlexTrade and a partnership with Turquoise for execution and settlement. Buy-side firms benefit from a single point of access to liquidity sourced on Appital’s platform with straight through processing through Turquoise’s network of more than 20 settlement destinations.

Appital’s platform will provide the buy side with increased exposure to deal flow opportunities not previously accessible, helping portfolio managers to build a better picture of liquidity, especially for highly illiquid, small-and mid-cap stocks. More than 30 global asset managers with more than $30 trillion collectively in assets under management, had signed up as early as December last year to join the platform at launch, reported The Trade.

Despite shifts toward program trading tools and dark waiver programs, BI researchers said that access to broker algos is still a priority, since they are the main way that traders interact with the market.

However, BI analysts found that European equity traders want to diversify their choice of algo providers. According to Jackson Gutenplan, Senior Associate, Market Research at Bloomberg Intelligence, the average number of algo providers increased by 16% this year, across large, medium, and small firms. Smaller firms outpaced the large firms by increasing the number of algo providers by 30%, from 3.47 up to 5.56 providers, while the larger firms stayed steady with 8.8 algo providers.
“This shows that these traders value diversity in algo choice and this also facilitates broker competition,” said Gutenplan.

When measuring the performance of algos, almost 60% of the European buy side relies on their own internal tools, 39% lean on third parties, and only 15% count on the algo provider itself. “They don’t want to cede too much control over their algos to providers, especially the broker that’s providing the algorithm,” said Gutenplan.

Looking ahead to the remainder of 2022, institutional traders face uncertainty around the war in Ukraine and inflation rates, energy supplies, and evolving regulations in the post-Brexit UK and the MiFID II Review, among others. “There are so many regulations – first Brexit and the STO – share trading obligations which force Euro managers to trade stocks in Euro markets, even if there is better liquidity on UK venues,” wrote Tabb in the follow-up email interview. “Then there is the MiFID II Review, and the UK Wholesale Markets Review and there is still the hangover from unbundling (of research) and the double volume caps and the opening up of the SI channel,” said Tabb. “There are a lot of moving parts in Euro market structure,” he said.

While it remains to be seen what will happen, European equity traders are prepared for uncertainty – relying on portfolio trading tools, algo wheels, and innovations such as automated block-discovery platforms to seek liquidity wherever they find it.

News, Press Releases
Comments are off for this post.
Integration sets the standard for future EMS integrations and enables buy-side firms to receive Appital opportunities directly into their...

Insights
Comments are off for this post.
With liquidity fragmented across the foreign exchange landscape and regulations like MiFID II placing more responsibility on the buy...